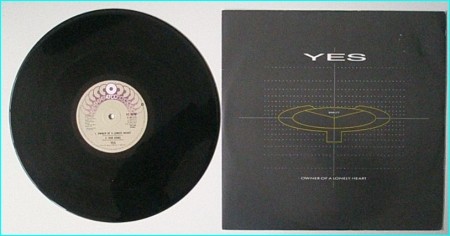 YES Owner of a Lonely Heart [Their most famous best song 2 versions, one of them a mix] check VIDEO

“”Owner of a Lonely Heart”” is a song by the English progressive rock band Yes. It is the first track and single from their eleventh studio album 90125, released in 1983. Written primarily by guitarist Trevor Rabin, contributions were made to the final version by lead singer Jon Anderson, bassist Chris Squire and producer Trevor Horn.
“”Owner of a Lonely Heart”” was released in October 1983, as the album first single. It was a commercial success in the United States, becoming the band first and only single to reach number one on Billboard Hot 100 singles chart and the Hot Mainstream Rock Tracks chart. The song went to #62 on November 5, 1983 and went down to the top 10 within 7 weeks. In 1984, the song made #8 on the year-end charts.
The song has been sampled by various artists including Michael Jackson, Frank Zappa and Max Graham, whose 2005 single reached the top 10 in the UK chart.

Origins:
The first version was a four track version Rabin recorded at his home studio in London in 1980. Rabin played all instruments on the demo as well as singing.
The song was first recognized as a potential hit when Rabin played the demo to Ron Fair who was then a junior A&R man at RCA records. Rabin was to record the song along with many others as an album for RCA. (The majority of these songs become the majority of the songs on YES 90125 album.)
Rabin ultimately declined the solo deal with RCA and joined up with Chris Squire, Alan White and Tony Kaye to form a band called Cinema, later changing the name to YES.

Co-authorship:
During the making of the YES version, Rabin reworked the song. Ideas from Jon Anderson, Chris Squire and Trevor Horn also were included, which resulted in Anderson, Squire and Horn receiving co-writing credits, although it remained essentially a song written by Rabin.

Music video:
The song music video, directed by Storm Thorgerson, received a great deal of airplay on MTV, introducing the revamped Yes line up and sound to a new generation of fans largely unfamiliar with the band very different earlier work, which had helped to define the genre of progressive rock. The mostly black-and-white video harkens the Orwellian world of 1984.
Notably, keyboardist Tony Kaye does not appear in the video. At the time of the video shoot, Eddie Jobson was standing in as the band keyboardist. He can be seen briefly in a few quick shots, but he was not part of the video “”animal transformation”” scene in which the other four band members take part. Ultimately, Kaye returned to the line up, and Jobson never recorded any material with the band

Yes: the story behind Owner Of A Lonely Heart

At the dawn of the 80s, Yes were the very last band you expected to storm the US singles chart. Since they started out in 1968, the British proggers had traded in sprawling, concept-driven works that chalked up big album sales but didn’t get a sniff of drive-time radio. Back then, with the prog scene on the ropes – its grandiosity pricked by punk’s safety pin – it seemed Yes’s time had come and gone.

Sure enough, by April 1981 Yes was apparently over, the members scattering to projects including Asia and XYZ. But the coffin didn’t stay shut for long. The following year, bassist Chris Squire, drummer Alan White and keyboard player Tony Kaye joined with South African guitarist Trevor Rabin as Cinema. And when Anderson later came on board to add vocals to 1983’s 90125 album, all involved had to concede that this was a de-facto Yes reunion. “Yes is in my DNA,” Anderson says of his readiness to join the line-up. “I was excited to work with this new-sounding band.”

Producer Trevor Horn was less convinced. He says he was roundly criticised for agreeing to work with Yes – his wife dismissing the band as “old farts” and “finished”. And when he visited Rabin’s home to hear a batch of demos, he thought they were “a bit of a drag”. According to Horn, the turning point came when Rabin went to the toilet, leaving the tape running, and a proto version of Owner Of A Lonely Heart started playing. “As he came out, I said to him: ‘That’s a hit chorus’. He said: ‘No, no, this is not for Yes. I wrote it for someone else.’ But I said: ‘Yes could do this song’.”

Even as the 90125 sessions neared completion in 1983, Lonely Heart remained on the shelf. Horn claimed he had to drop to his knees and beg the band to record it.

Further ructions came when Horn pushed for a programmed sound and a drum tone inspired by Stewart Copeland’s tight snare drum on The Police’s Synchronicity. Apparently Alan White was incensed. Horn recalls overhearing the band’s sceptical roadies in the reception of Sarm East Studios, comparing the drum sound to “fucking pee on a barrel”.

“I’m never quite sure that what Trevor Horn says is really true,” Anderson says of the producer’s account. “He’s a very talented guy, but, like a lot of people, you’re not quite sure what they mean by what they say.”

The writer credit for Owner Of A Lonely Heart has likewise been contested through the years, Rabin arguing that the four-way split between himself, Anderson, Squire and Horn is not representative of the fact that the song already had its defining features when he presented it. The consensus is that the chorus was fully formed on Rabin’s initial tape, and the dramatic synth stabs that decorate the verses were already present (albeit more low-key). “I remember hearing Trevor’s original demo,” confirms Anderson, “which wasn’t far from the finished product.”

For his part, Horn claims to have contributed the ‘Move yourself!’ opening gambit after an all-night writing session, and also to have suggested giving the sound effects more bite with a Synclavier keyboard and a Fairlight sampler. He also says that Anderson “was a bit rude” about the song when he joined the line-up, and rewrote the verses before he’d sing them.

“I heard Owner Of A Lonely Heart for the first time in Chris Squire’s Bentley outside my house,” the singer recalls. “I thought: ‘This is so damn good.’ The production was a breakthrough on many levels. But the verses were a bit ordinary. I actually wrote all the verses, the first with Trevor Rabin and the rest with Trevor Horn. Everybody wanted their finger in the pie.”

By the time it was finished, Lonely Heart was a curious pie, with its butch opening chords, delicate chorus harmonies, breakbeat flourishes, novelty sound effects and a guitar solo break that might have fallen off the fretboard of Rage Against The Machine’s Tom Morello.

While the song had previously been rejected by Arista – head honcho Clive Davis reportedly telling Rabin that the song was “too strange and wouldn’t be a hit” – Atlantic subsidiary Atco had more faith. “The record company already said it was gonna be Number One, that they were gonna finance it like crazy,” says Anderson. “Yes did long-form pieces; we didn’t make music for radio. But I was thinking: ‘Well, I’ve never strived to have a hit record. Why not try it this time.’”

The gamble came off. Released in October 1983, Owner Of A Lonely Heart was a bona fide global hit, reaching No.28 in the UK and No.1 in the US and thrusting this previously esoteric band into the unlikely role of heavy-rotation MTV stars.

“On the first week of touring, I went to see Spinal Tap,” Anderson recalls of the moment he accepted his mainstream status. “And they projected the idea that if you’re in a band that’s having a hit record, and you’re on stage in front of thousands of people, then that’s valid and creative. Y’know, just go for it. And I loved it from then on.”

More than just a commercial smash, Lonely Heart also proved highly influential, reeling in successive generations of Yes fans, sampled by artists including Michael Jackson and name-checked on The Simpsons. Even now, played nightly by the surviving members of Yes in their various groups, the song retains its sparkle.

“I think it’s aged very well,” says Anderson. “It doesn’t sound dated at all. I still sing it on stage, because I enjoy performing it and that’s what people want to hear. It’s a great song.”

Be the first to review “YES Owner of a Lonely Heart [Their most famous best song 2 versions, one of them a mix] check VIDEO” Cancel reply 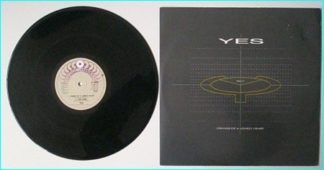 You're viewing: YES Owner of a Lonely Heart [Their most famous best song 2 versions, one of them a mix] check VIDEO £5.00
Add to basket