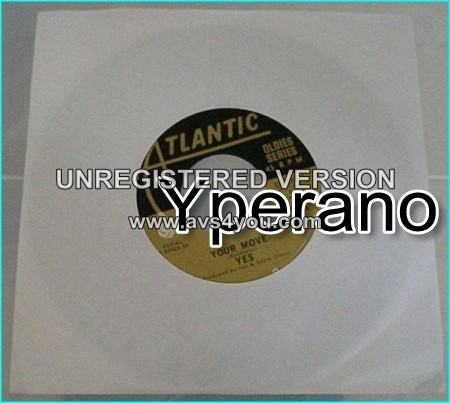 This is an American pressing.

“America” is a song composed by Paul Simon and originally recorded by Simon and Garfunkel in the sixties. YES was performing their own arrangement of this song live since 1970-71, when the line-up of the band was Anderson-Squire-Bruford-Kaye-Howe. Both Anderson and Squire liked Simon & Garfunkel`s music, so I think that it was the reason why YES did their arrangement for this song in the early seventies.  In their early days, Yes used to do mainly covers of songs, by adding more and more to the song until it was barely recognisable.  Simon & Garfunkel’s ‘America’ is the last cover they ever did.

If you like the YES cover of Simon & Garfunkel’s ‘America’ as much as progsters do, you will find this a real gem. BE THERE in the studio where the band just recorded the song. Witness Jon sing, and Chris, Bill, and a very young Steve & Rick handle their instruments. 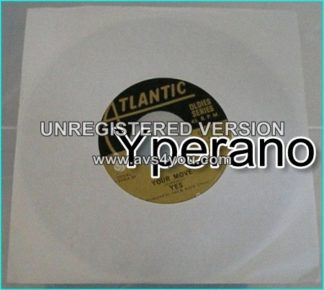