Thousand of miles away from the US west coast and a certain rainy city that spawned a handful of bands in the 90s, lives a trio, hotter that the spicy sauce its named after. Dont let their youngish looks fool you, Yellow Devil Sauce have been at it for more than a decade and are still going strong.

It all started in 1999 when Alex (guitars, vocals), George (drums) and Costas (bass) got together and started rehearsing. The talent was apparent and a 1st place in a Battle of the Bands type of contest was granted very soon. DeskJob demo was released in 2001, giving a taste of the bands main ingredients, a massif rhythm section, adventurous guitar lines, amazing vocal delivery. The influence from Tool, Nirvana and the Seattle scene in general was obvious but well received as the band was too good at it. In 2004, Costas -a great bassist- left due to artistic differences. In came Theodoris (ex Crimson Sunsets), equally great at his bass but with a frame of mind closer to the bands perspective.

The new line up soon entered the studio for the bands eponymous debut. Covered in mustardish colours, Yellow Devil Sauce was released in 2006 through the indie label X-art.ici Music, going down the same lane as the demo, musicwise.

In 2010, a cooperation between the band, Spinalonga Records, Catch The Soap Productions and TFK Productions brings Early Dinner At Dr.Chakravartis to light. For their sophomore release, the Sauce changed producer and studio and added a sip of the Melvinian poison in their sound, resulting in a stellar album carried on the backbone that George and Theo built, letting Alex composing potential shine throughout. Heres a sample:

Besides the aforementioned work, the band has participated in 3 Spinalonga comps and played alongside many great acts like the Bellrays and Dub Trio. On the 5th of May, YDS will open for Nordic stoners, Truckfighters. Do not miss. 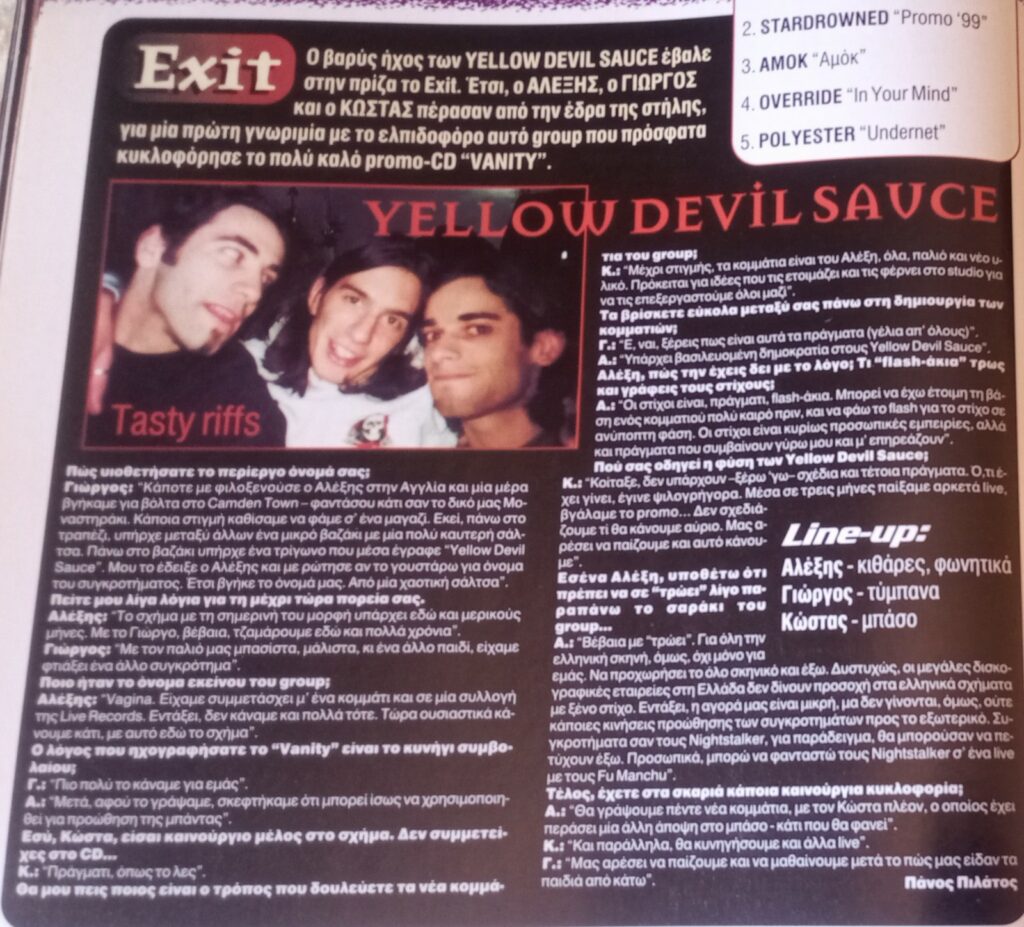