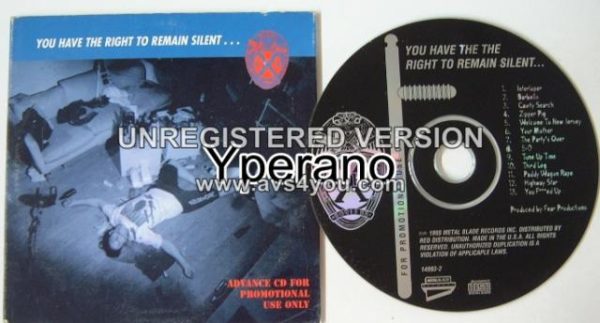 A short-lived side project assembled by the members of costumed shock thrashers GWAR, X-Cops penned comedic hardcore and speed metal ditties inspired by the humorous darker side of law enforcement.

Going under such imaginative stage names as Sheriff “Tubb” Tucker (vocals), Sgt. AlDepantsia (guitar), Lt. Louis Scrapinetti (guitar), Patrolman Cobb Knobbler (bass), Cadet Billy Club (drums), Mountain Bike Officer Biff Buff (vocals), Sgt. Zypygski (vocals), and Detective Philip McRevis (samples), the members of X-Cops locked up their debut album, You Have the Right to Remain Silent, in 1995. But they managed only a single the following year before retiring from the force and, once again, concentrating on donning their GWAR outfits thereafter. ~ Eduardo Rivadavia

X Cops ‎– You Have The Right To Remain Silent…
Label: Metal Blade Records ‎– 14993-2
Format: CD, Album, Promo, Cardboard Sleeve mentions: Advance CD FOR PROMOTIONAL USE ONLY [Disc mentions: FOR PROMOTIONAL USE ONLY]
Country: US
Released: 1995
Genre: Punk, Alternative Rock, Hardcore
Track 1 ‘Intro’ is not printed on the disc, but is listed on the sleeve and does play in the player.
Track 14: ‘You F***ed Up’ printed on the disc and sleeve, but is printed ‘You Fucked Up’ on the lyric sheet.

The song “Barbells” features lead vocals by Brad Roberts (Jizmak Da Gusha), “Zipper Pig” Bob Gorman (the muzzled slave), and “The Party’s Over” with Dave Brockie (Oderus Urungus). All other songs that contain vocals (“Tune Up Time” is an instrumental) feature Casey Orr (Beefcake the Mighty).

X-Cops is a great little secret band. WTF ever happened to Peter Auston Lee. He’s the lead guitar in this group and was the lead in GWAR at that time. 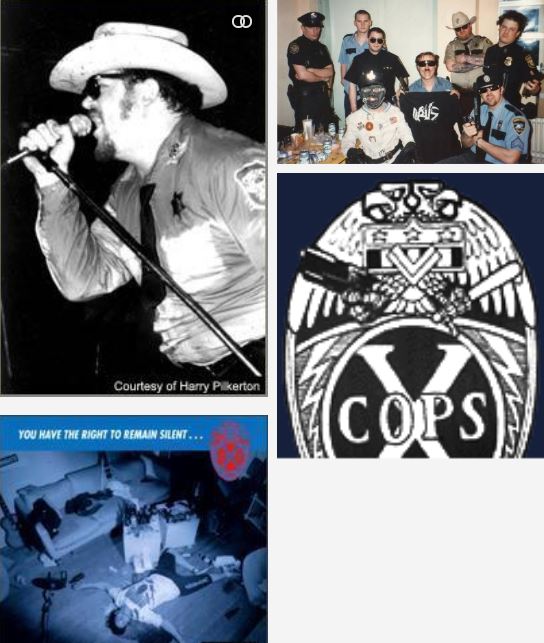