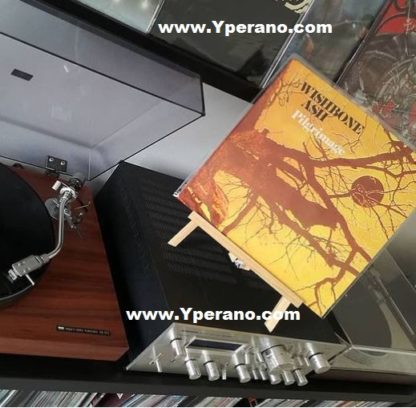 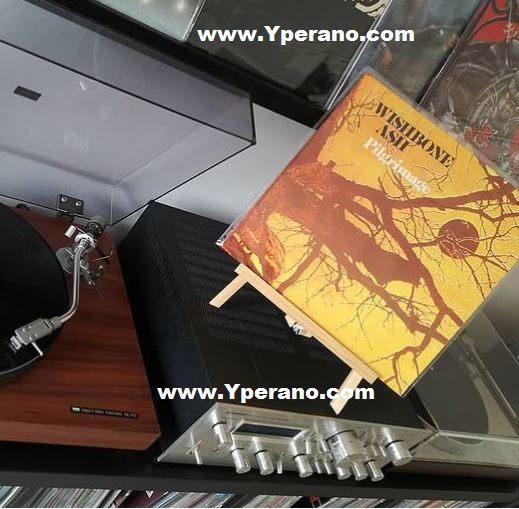 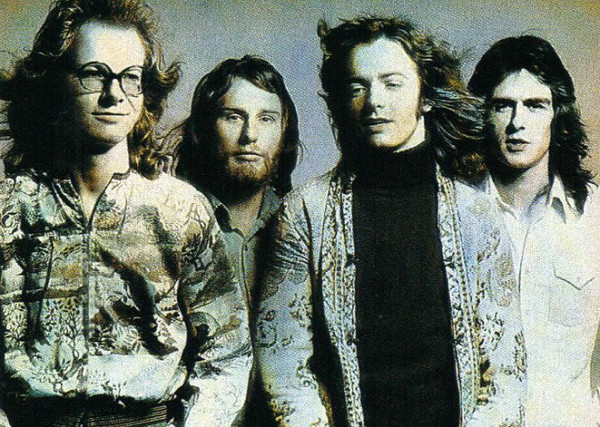 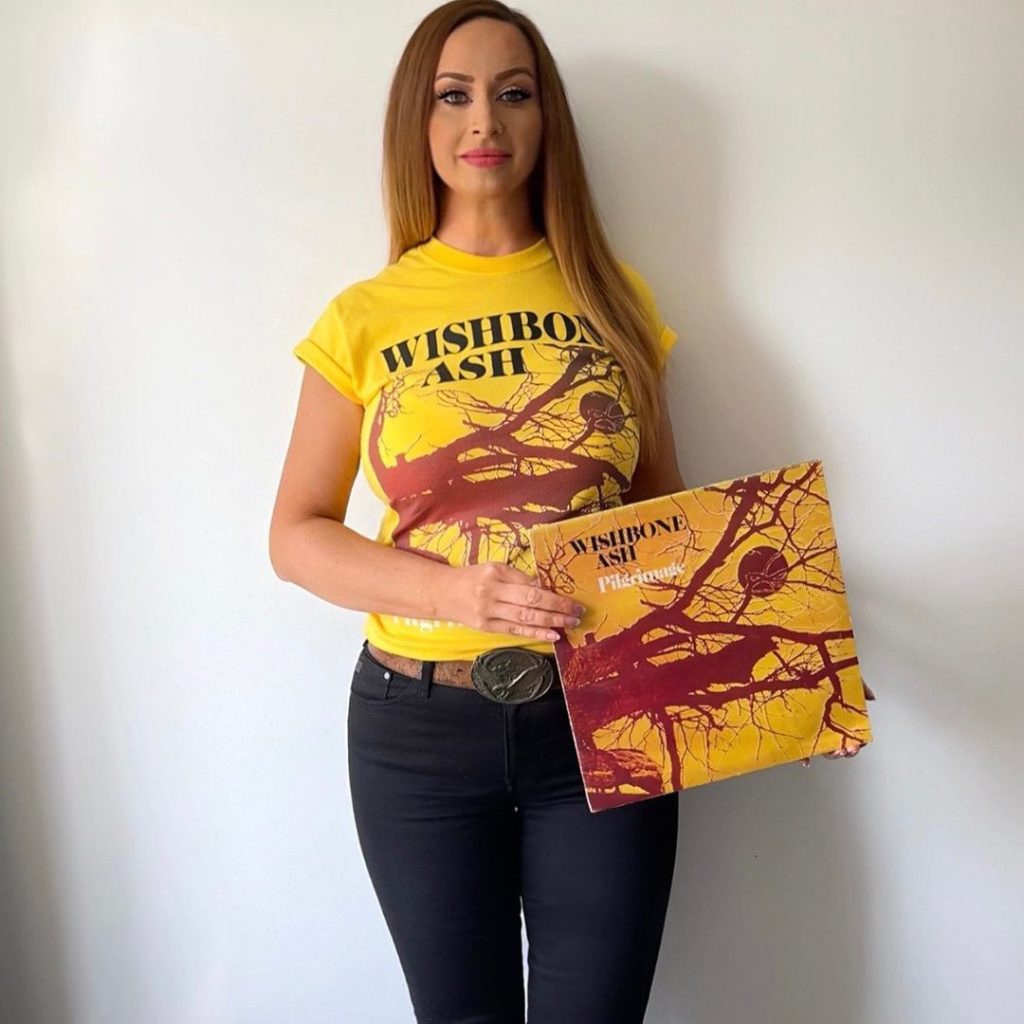 Wishbone Ash are a British rock band who were formed in October 1969 by bass guitarist Martin Turner and drummer Steve Upton. After an extensive search for a guitar player, the band could not decide between the final two candidates, Andy Powell and Ted Turner. It was suggested that they try both guitar players -just to see what it sounds like-. They are considered to be the major innovators of the harmony twin lead guitar format. Their pioneering and original sounds have influenced many, including the Eagles (Hotel California), Steely Dan (Reelin   in the Years), Thin Lizzy (The Boys Are Back In Town) and Lynyrd Skynyrd (Freebird). These attributes resulted in Powell and Turner being voted – Two Of The Ten Most Important Guitarists In Rock History-. Pilgrimage was their second album released in 1971.

Side One:
Vas Dis; The Pilgrim; Jail Bait; Alone.

Side Two:
Lullaby; Valediction; Where Were You Tomorrow. 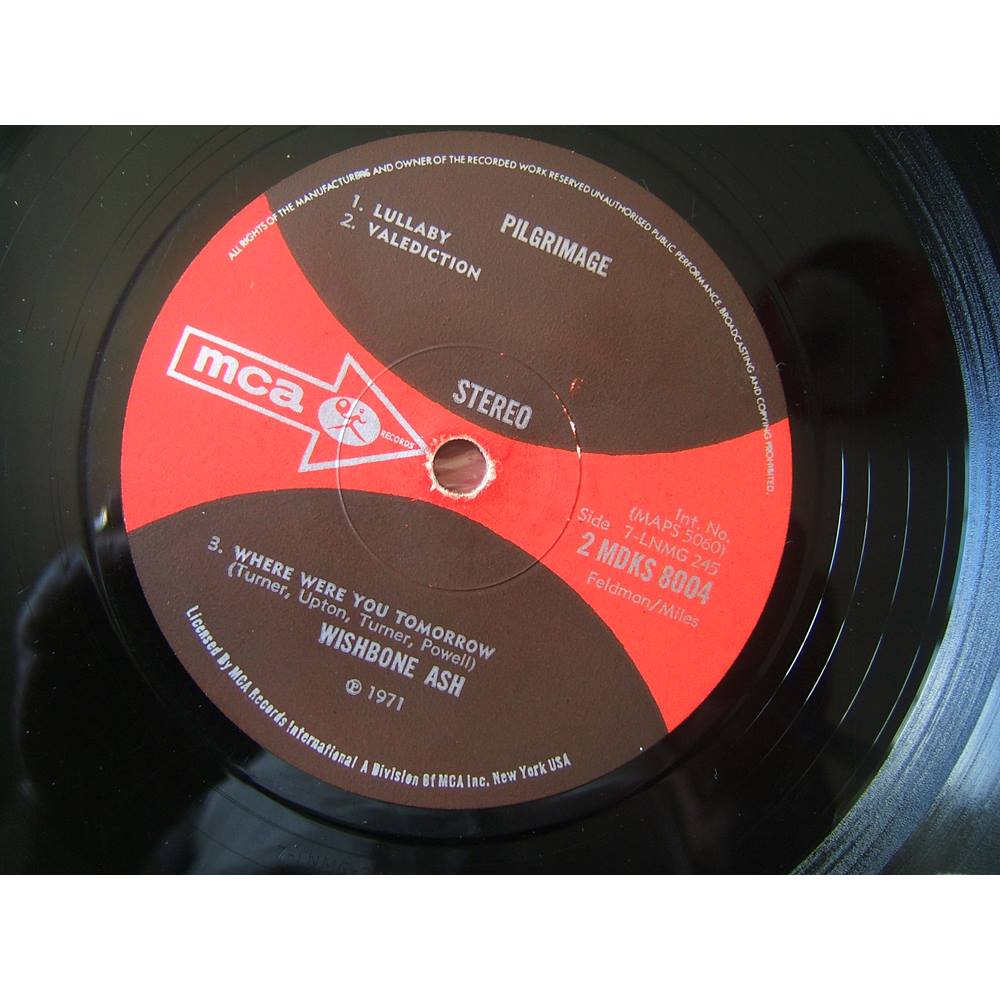 Pilgrimage is the second studio album by the rock band Wishbone Ash. The album focuses more on folk and acoustic music as opposed to the blues rock sound that dominated the first album. The album also contains an instrumental jazz workout (“”Vas Dis””) and a four-part harmony vocal track in the spirit of Crosby, Stills, Nash, and Young (“”Valediction””).
The album sold well, reaching no.14 in the UK charts, but the band would reach their creative and commercial peak with their next studio album release.

5.0 out of 5 stars Classic!,
Absolutely brillaint again from Wishbone Ash. Providing relaxing music with “”The Pilgrim”” and heart pumping stuff with Jailbait and Vas Dis, Some of Wishbone Ash’s best pieces of music! An absolute must for all Wishbone Ash fans as the perfect all rounder LP

5.0 out of 5 stars THEIR BEST EVER,
Pirlgrimage is first album I ever bought (along with Peter Hammill’s Silent Corner & Empty Stage), both of which saw me through my teenage years and both still rank among the finest two albums I have ever had the privilege to own. I saw the dual guitars of Andy Powell and Ted Turner perform this and Argus in Edinburgh in about 1973/4 and is one of finest live concerts I’ve attended. ‘Alone’ and ‘Lullaby’ are unsurpassed in their beautiful gentleness by anything the band has done since. Of course, Pilgrimage together with Argus is the complete package!

5.0 out of 5 stars Sounding great after all these years,
Used to listen to this album on vinyl when it came out in the 70’s and had always wondered whether it would stand the test of time.
Bought it in the aftermath of hearing a covers band playing a Wishbone track recently and it still sounds a fine collection of tracks after all these years.
The live track is particularly good to hear again.
Recommended.

4.0 out of 5 stars Flaws within the brilliance,
This is Wishbone Ash’s second album, not their first. More pertinently, I agree that it isn’t one of their best early albums. All of their other albums prior to the dull ‘Locked In’ are better. Yet the standard of those albums is so high that this is still a worthy effort. ‘Vas Dis’ is good once you get past the unnecessary scat vocals; ‘The Pilgrim’ and ‘Jailbait’ are classics, displaying both the rock and gentle sides of the band at their best; ‘Valediction’ suffers only from a somewhat clumsily recorded harmony vocal arrangement; and the two short tracks are delightful, yet simple. My one major gripe is the ten minute live track, ‘Where Were You Tomorrow’. Like many live recordings, it was probably great if you were there, but here it is gentle, routine boogie, mere filler. ‘Pilgrimage’ is worth a punt if you find you like Wishbone Ash albums in general, but I’d leave it well down your list of priorities.

5.0 out of 5 stars The best Wishbone album ever
This is the very best of all the Wishbone albums. Combining hard rock boogie with jazz, harmony, melody and spiritual you have the band firing on all cylinders. Combine this with the first album and maybe one of the live dates albums and you have the ultimate Wishbone Ash.

Be the first to review “WISHBONE ASH: PILGRIMAGE LP 1971 UK ORIGINAL MCA VINYL. BOTH VINYL AND COVER ARE VERY HEAVILY WORN OUT. Check all songs + a review video” Cancel reply 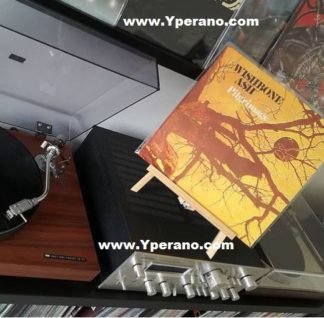