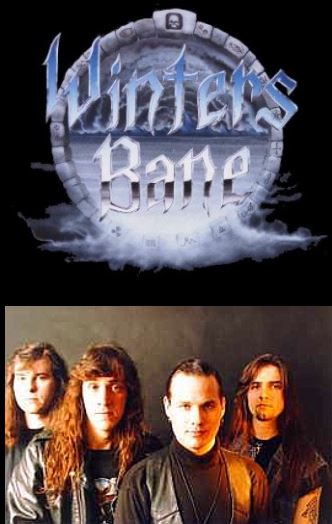 Definitely didn’t see this coming. – 100%
For some reason this album has escaped the attention of the power metal community, why I have no idea, particularly considering the history behind the band and its status as a hero of sorts that gave the genre a presence in America in 1993, despite the overwhelming tide of the grunge scene. Since the exodus of Tim Ripper Owens to pursue a somewhat mixed stint with Judas Priest, Winters Bane has essentially been lost in the wastelands with only Lou St. Paul to remain from the original fold, struggling to put out something to match their amazing début Heart of a Killer.

More than a decade later, with the rise of the genre in Europe, it seems that Paul took the initiative and began writing material to rival his and Owens old magnum opus. He enlisted the aid of German speed metal outfit Powergod members Hama Hart and Alex Koch. In contrast to Owens, Kochs voice invokes comparisons to Michael Kiske a little bit more than Rob Halford, but with a much more gravely tone and less operatic falsettos. When he shoots up into the higher range, its a bit less screechy than Halfords banshee wails, but is also way too dirty to compare with Kiskes heroic legend inspiring, triumphant high notes.

Pauls songwriting has taken some pretty sizeable leaps forward, bringing a much heavier, darker side of the Painkiller inspired post-80s power metal that has since become quite common in Germany. The guitar tone is down-tuned almost to the point of being sludge, yet simultaneously works perfectly in the speed metal format. The closest thing to this that comes to mind in the power metal genre in terms of overall atmosphere is Afterlife to Shadowland era Nocturnal Rites (which featured 7 string guitars done exceptionally well), but even that comparison showcases a radical difference in vocal approach and drum sound. This is definitely a unique release, which was a rarity in the 2004 through 2006 time period, where a fair share of established acts began ripping off of either each other or themselves.

Probably the best example of the down-tuned quasi-sludge guitar sound actually complementing a speed metal track is Dead Faith, where a pounding main riff is periodically superimposed over a double bass drone with perfect symmetry of sound resulting. Other stand outs that are longing for some open ears include the classic Painkiller homage Despise the lie, the muddily brutal down tempo groove crusher Remember to Forget and the flashy lead drenched album opener Seal the Light. But ever song on here is an unrelenting riff assault that is 100% ballad and keyboard free.

Insofar as straight up aggressive power metal of the late Judas Priest, Paragon, Rage and Iron Savior variety without all of the prog. and neo-classical trimmings, this is about as good as it gets for 2006. In terms of general releases for 2006, this even tops Hammerfalls Threshold and rivals my three top picks ARPs Mystica, Dragonlands “Astronomy” and Heavenlys Virus. However, unlike those releases this one is not getting as much attention as it should, and believe me it is something that you will want to have, especially if you were disappointed with Angel of Retribution.