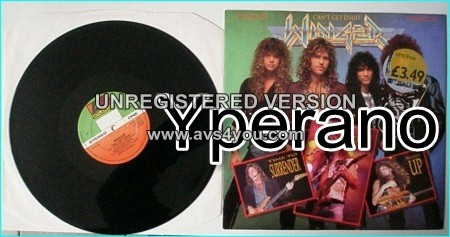 “”Can’t Get Enuff”” is a single released in 1990 by the American Glam metal/Hard rock band Winger, from their album In the Heart of the Young.
Written by front-man Kip Winger and guitarist Reb Beach, “”Can’t Get Enuff”” was the first single from the band second album, debuting on the U.S. charts in July 1990. The song music video received heavy rotation at MTV and the up-tempo rocker was Winger most successful track at rock radio, where it peaked at #6 on the Billboard Mainstream Rock Tracks chart. The song was also a moderate pop hit, narrowly missing the Top 40 to peak at #42 on the Hot 100 at the end of September. During this single chart run, the album In the Heart of the Young was certified Gold by the RIAA. According to Kip Winger, the song was a late addition to the track listing, written because it was felt that there were not enough rock songs on the album. “”Easy Come Easy Go”” came about the same way. 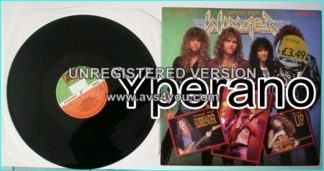