View basket “WHITE SKULL: The Dark Age PROMO CD. It is all about the Medieval Times, Epic Stories, Viking Tales..Power Metaaaaal!!” has been added to your basket. 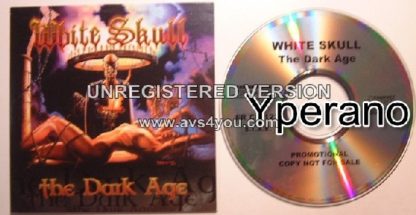 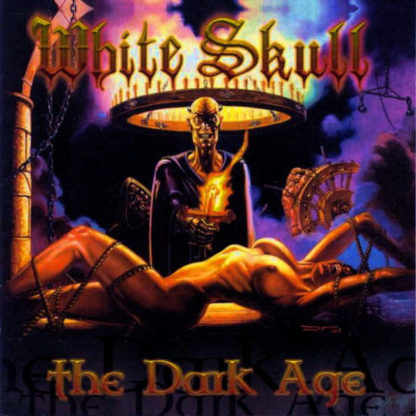 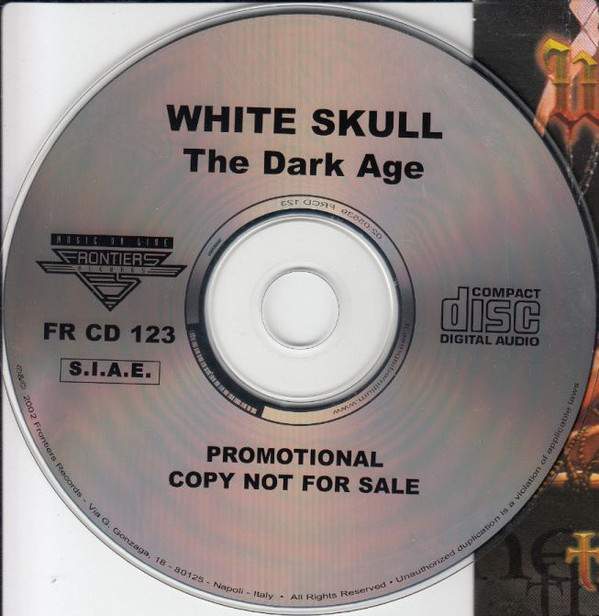 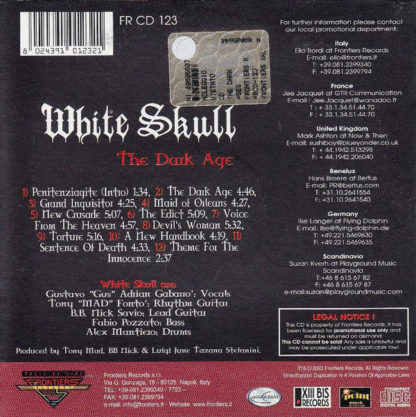 WHITE SKULL: The Dark Age PROMO CD. It is all about the Medieval Times, Epic Stories, Viking Tales..Power Metaaaaal!!

Heavy, melodic Power Metal with a certain symphonic element, not the usual Italian sound, not as polished, as well in the music as in Gustavos vocals, which masters as well the crystal-clear sound up to the Metal-screams of the classics. The album itself is a concept-album about the Middle Ages and the crimes of the inquisition, interesting stuff (which would be even more interesting, if I had the lyrics…), which musically also has been transferred adequately, no, not with instruments or melodies from that time, but in terms of atmosphere that these songs bear in them. So, this reads like the perfect album. Songs as “The Dark Age”, “The Edict”, “Devils Woman” or “Torture” enthuse me, with great arrangements, very well and song-serviceable used keyboards, very good choirs, not as overblown as with others, but altogether more powerful, darker, fuller, everything done really dramatically, with a great union of lead- and rhythm guitars, keyboards and choir-arrangements, just great! The strengths absolutely prevail, which sometimes only get clear after a few repeated listens, which are absolutely worth it.

Pleasant new direction for these Italian power metal verterans
After hearing the other four CDs in the WHITE SKULL discography (“Dark Age” being their 5th studio release) and reading the other reviews here, I decided I’d like to throw in my thoughts on this disc.

WHITE SKULL have been around for about ten years now and were one of the original bands signed to the now thriving Underground Symphony label out of their homeland Italy.

In the past I have found myself really getting into the music on their CDs, but the female vocals of singer Frederica that were a trademark of this band until the release of “Dark Age” were really a bit in the way I always felt. Her vocals weren’t bad at all, nor was the music certainly, but the two never seemed to find a power metal bliss when working in tandum.

On “Dark Age” Frederica has departed from the lineup and we mark the entrance new vocalist Gustavo “Gus” Adrian Gavano into the fray. On his back the band finally realizes its more than capable talents in full. Hes not the greatest singer I have ever heard in this genre, but seems to be just the tonic that WHITE SKULL was looking for to refresh their sound. His vocals are a bit coarse but have plenty of range. Other reviews here reference Matthew Barlow from ICED EARTH, and I don’t think that’s a bad comparison in general, but don’t expect a Barlow clone here…hes not quite that good!

Aside from the vocals what I really seem to appreciate is the music at work here. Its the kind of stuff that I think many fans of this ilk are searching for. If you’re looking for something that straddles the line between the syrupy “happy” power metal that’s out there like RHAPSODY or HELLOWEEN and the more aggressive chop-layden stuff like ICED EARTH and PRIMAL FEAR but gleans out only the best parts of both, then I would highly recommend this latest effort from WHITE SKULL.

There isn’t a weak moment or song on the album and this band may be going bigger places with their new vocalist solidly at the helm for the future.

Be the first to review “WHITE SKULL: The Dark Age PROMO CD. It is all about the Medieval Times, Epic Stories, Viking Tales..Power Metaaaaal!!” Cancel reply 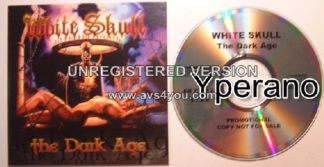 You're viewing: WHITE SKULL: The Dark Age PROMO CD. It is all about the Medieval Times, Epic Stories, Viking Tales..Power Metaaaaal!! £6.66
Add to basket