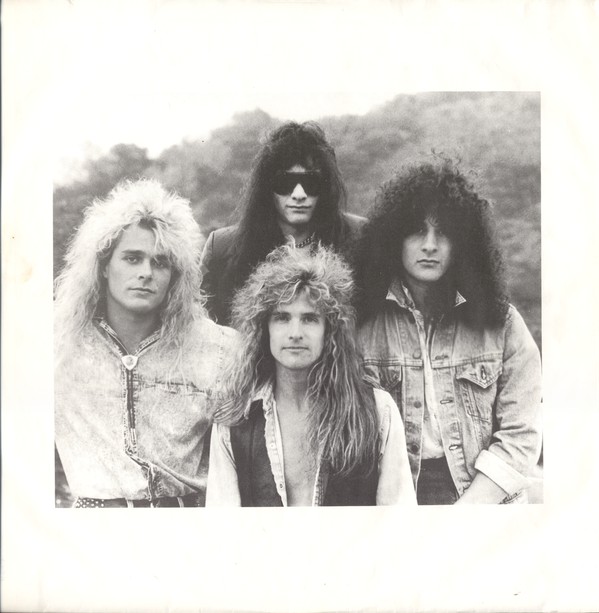 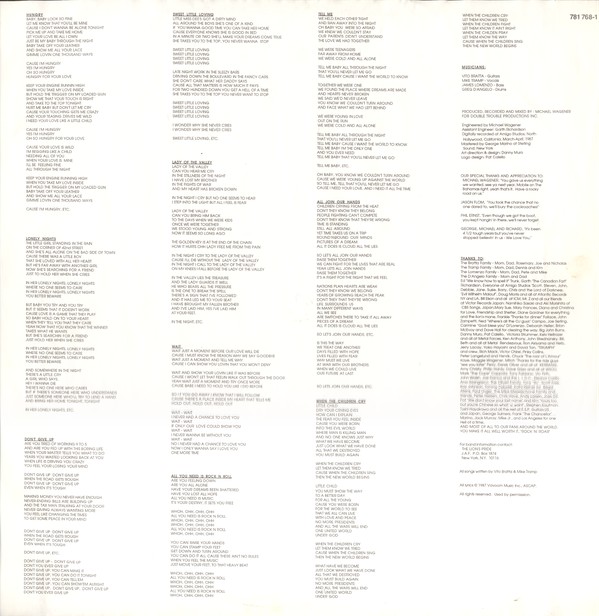 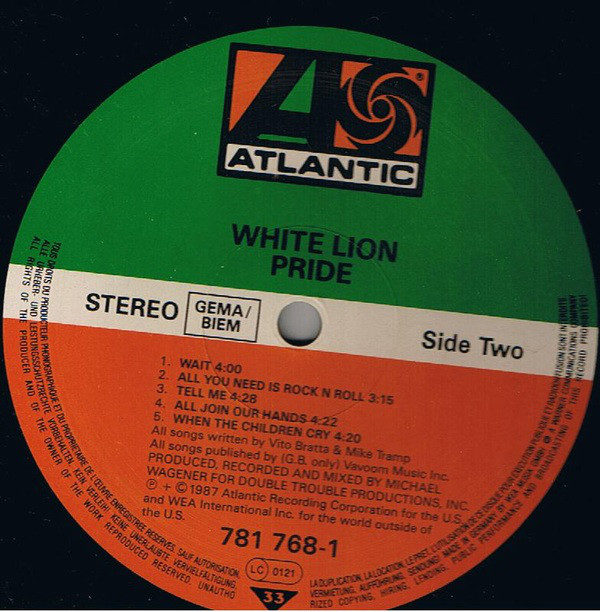 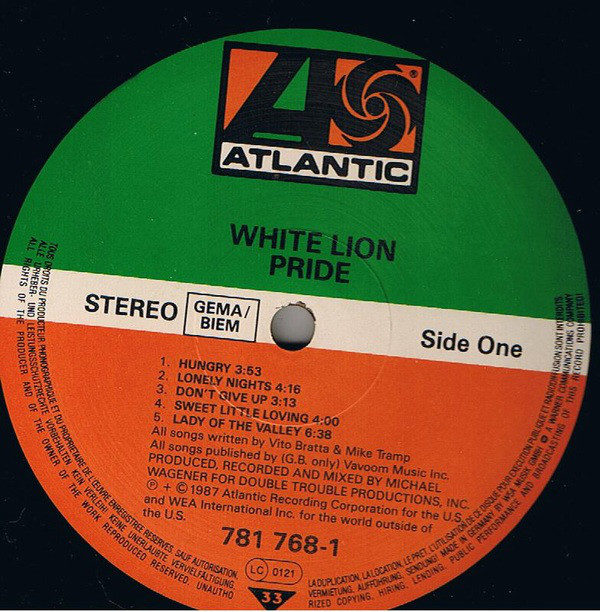 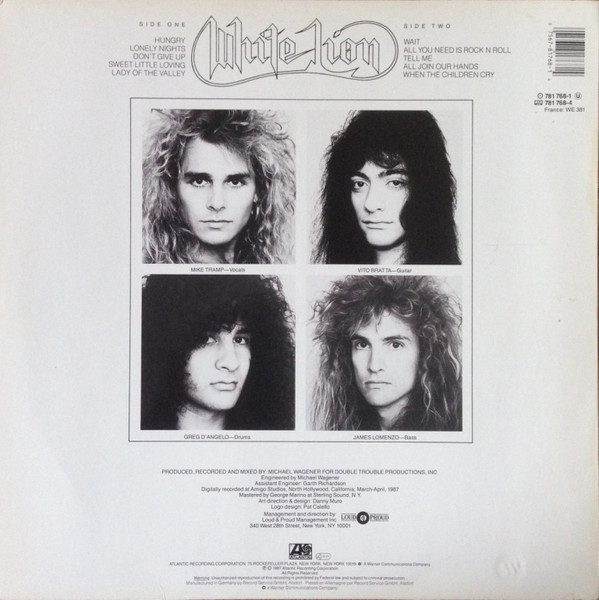 Pride was the second studio album by the American/Danish hard rock band White Lion, released on June 21 1987, by Atlantic Records. The album featured the two top ten hits Wait and When the Children Cry. It remained in the Billboard Top 200 for a full year, selling two million copies in the US alone The album first single, “Wait”, was released on June 1, 1987, but did not make waves until MTV began airing the video in January 1988, seven months after its release, pushing the single to #8 on the Billboard Hot 100. In August 1988, more than a year after the album release, the second single “Tell Me” hit #58. Prides third single, a gentle acoustic ballad titled “When the Children Cry”,

made it all the way to #3, again with heavy MTV rotation, marking Pride one of just 20 hard rock albums to ever have multiple top 10 hits. The album peaked at #11 on the album charts. Pride would remain on the top 200 Billboard album charts for a full year.
The success of “”When the Children Cry”” would eventually push sales of Pride over the two million mark in the US, achieving Platinum status. In addition, guitarist Vito Bratta was recognized for his instrumental talents by racking up Best New Guitarist awards with both Guitar World magazine and Guitar For The Practicing Musician magazine.

The Pride tour started in July 1987 as White Lion opened for Ace Frehley 80 band Frehley Comet. The next year and a half was filled with constant touring, opening for such bands as Aerosmith, Ozzy Osbourne. KISS in December 1987. In January 1988 White Lion landed the opening slot for AC/DC on their Blow Up Your Video American tour. They’d end the tour opening for Stryper in the summer of 1988.
While touring with AC/DC, the Pride album and “”Wait””(Watch from YouTube: https://youtu.be/Oy2brljL8RU  )

single finally charted, due in no small part to MTV airing the “”Wait”” music video in regular rotation – nearly seven months after the single release. Also, during the time they were opening for AC/DC. In February 1988, a show at the Ritz in New York City was filmed for an MTV concert special.

All songs written by Bratta and Tramp

Singles from the album:
Wait/Don’t Give Up
Tell Me/All Join Our Hands
When the Children Cry/Lady of the Valley
All You Need is Rock ‘N’ Roll

Hair band lyrics were generally about girls and partying or partying and girls. White Lion got a little more political, and this song was a warning about how the world’s preoccupation with war and power would affect the next generation. Mike Tramp has a unique sounding voice, and this was White Lion’s biggest hit. It doesn’t have the typical mellow, kick in, mellow cycle as a lot of hair metal ballads; it remains mellow throughout, and even the guitar solo is subdued.

White Lion’s “Pride” still ranks amongst the best the ’80s US hard rock scene ever produced.White Lion’s rise to stardom was not without its fair share of difficulties. It started off well with Mike Tramp relocating from his native Denmark to the East Coast of America and teaming up with virtuoso guitarist Vito Bratta. Securing a coveted record deal with Elektra Records the band looked set for bigger and better things, but it all came crashing down when the label inexplicably decided not to release their debut album. Fortunately a record deal and a new loyal fan base in Japan and Europe carried the torch helping them to get back in the ring and fight another day. It was a struggle well worth contesting and one that ultimately paid handsome dividends when Atlantic Records eventually signed the band. Electing to work with seasoned producer Michael Wagener (Dokken, Mötley Crüe) and recording in Los Angeles, “Pride” hit the racks to great critical and commercial acclaim. Stuffed to the brim with numerous red-hot slices of melodic yet heavy rock, the album fast became one the era’s cornerstone releases, packing punches and knocking down barriers. Issued in June 1987, the record was propelled by the catchy single ‘Wait’, a track that caught fire at both radio and MTV, helping to establish the band as front line contenders. However, it was the power ballad ‘When The Children Cry’ that really accelerated sales, to two million and counting. Truly, one of the most heart-warming outcomes in the music business. A MUST HAVE.