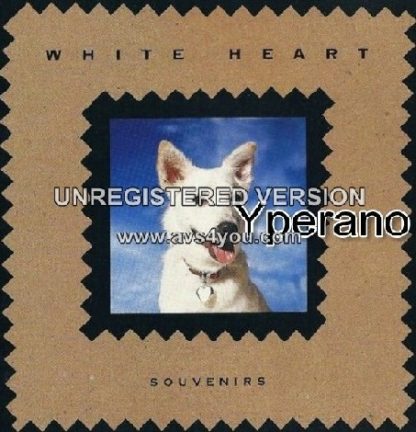 ? This album is the greatest Christian? album ever…and this song (being my favorite) puts it head and shoulders above most…yesterday or today!

5.0 out of 5 stars Showcasing the Sparrow Records Era of White Heart,
Released in 1991, Souvenirs showcases some of the musical highlights of White Hearts three albums released with Sparrow Records: Don’t Wait for the Movie (1986), Emergency Broadcast (1988) and Freedom (1989). This was the era of the bands classic lineup featuring foudning members Mark Gersmehl (keyboards) and Billy Smiley (guitars/keyboards) plus vocalist Rick Florian, guitarist Gordon Kennedy, bassist Tommy Simms and drummer Chris McHugh. This collection features How Many Times, Fly Eagle Fly, Dr. Jekyll & Mr. Christian, Maybe Today and Convertibles from DWFTM, More Sold Out and Montana Sky from Emergency Broadcast and Invitation, Set the Bridge on Fire, Eighth Wonder, The River Will Flow, Over Me and Bye Bye Babylon from Freedom. Souvenirs also includes White Hearts rendition of The Little Drummer Boy, which the band recorded for a Sparrow Records Christmas compilation album in 1987.
Souvenirs is a great collection of some of White Hearts best songs from the mid-to-late 1980s before the band left Sparrow to sign with Star Song, where they recorded their early 90s releases.

5.0 out of 5 stars Nice compilation of early ‘Rik’ material…,
There are some excellent cuts here from White Hearts pre-Powerhouse albums, with ‘The River Will Flow’ being one of my very favorite songs. If you don’t plan on buying any other ‘White Heart’ LPs and only want one LP get this. You can’t go wrong with this!! 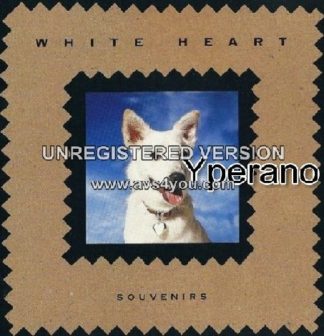