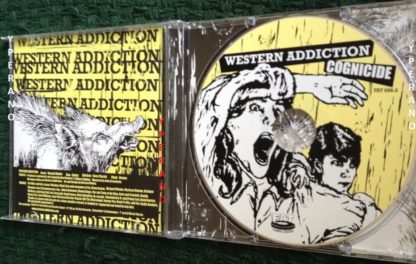 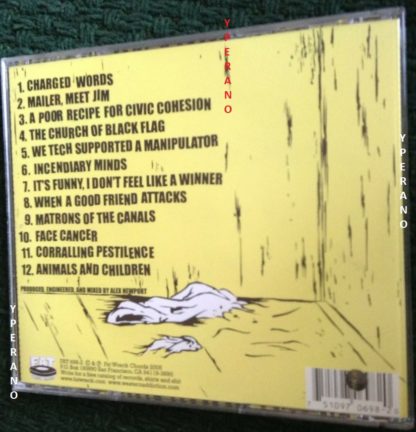 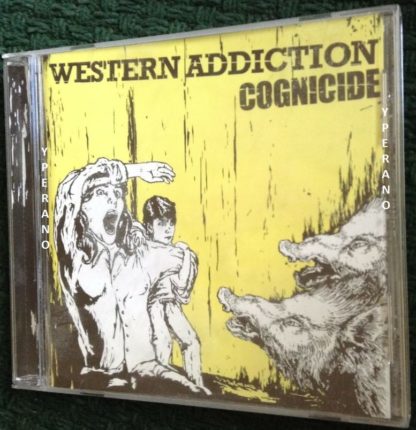 Tracklist
1 Charged Words
2 Mailer, Meet Jim
3 A Poor Recipe For Civic Cohesion
4 The Church Of Black Flag
5 We Tech Supported A Manipulator
6 Incendiary Minds
7 Its Funny, I Don’t Feel Like A Winner
8 When A Good Friend Attacks
9 Matrons Of The Canals
10 Face Cancer
11 Corralling Pestilence
12 Animals And Children 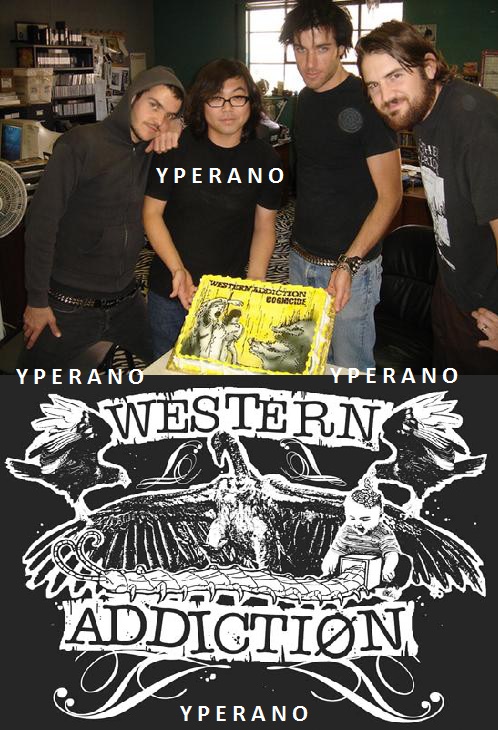 5.0 out of 5 stars great old school harcore from new school kids,
if you dig black flag, or any 80s melodic rockin’ hardcore, then, pick this up right away. great tongue-in-cheek lyrics. lots of dance parts and sing-alongs. if you dig gallows or dead swans then pick this up, they were doing it first, kidos.

Cognicide is secretly its own little time capsule. Thats the conclusion I’ve reached upon hearing the album in question, Western Addictions debut full-length. It was secretly buried in unmarked grounds some time in the early 1980s by the band and unearthed only recently by Fat Wreck Chords is more or less my conspiracy theory. Because, like New Mexican Disaster Squad, with whom they released a split with last year on No Idea, the band disregards the past 20 years of hardcore punk — this being a very good thing, mind you — to draw blood straight from that era and the consequential likes of Minor Threat and moreso in WAs case, Damaged-era Black Flag. In turn, they’ve put together quite a good throwback record with rather spectacular songwriting, a very close second in its genre this year perhaps.

Bass line-heavy, pissed off, and political, Cognicide is sure to please even the more fickle of punk rock aficionados. Spitting out fits of outrage in under 22 minutes, the biggest strength of the record really does lie in its songwriting despite its classically-constructed musical senses. The band scatters proper nouns throughout that will hopefully spur a bout of informational research by listeners. Some bands tend to misuse metaphor and thus sound far above the listeners head; here, WA construct them in an invitingly revolutionary way despite their highly intelligent build with lines like “so forget husbandry and no more baking bread / one careless crow, now I’m fucking infected.”

Standouts include the anthemic “The Church of Black Flag,” a not-so-subtle tribute of sorts, the charged opener “Charged Words,” and the beautifully sloppy closing to the album in “Animals and Children” with gang vocals admitting “I prefer the company of animals and children to adults so I won’t have to give up hope.” However, there are plenty of enjoyable moments over the short course of the disc, and all of them manage to find their time to shine in between traded off shouts, frenetic bass lines, charring guitars, a drummer who knows when to mix things up, and nary a breakdown to slow things down.

All in all, Western Addictions Cognicide is a very good release of the left-field variety. Its hardcore punk with something truly genuine to say, and words that should resonate well with anyone fed up with trends or a piss poor interpretation of modern revivalism.