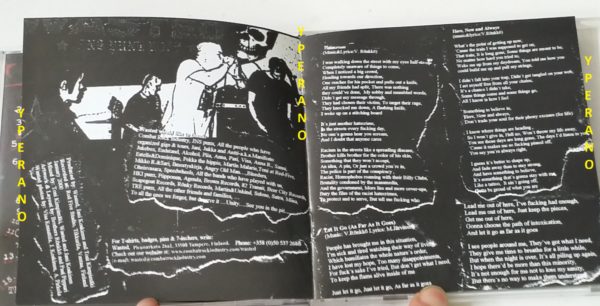 This is the great debut album by Finnish punks, Wasted. Finland is producing some great punk bands recently and along with Manifesto Jukebox and the Phoenix Foundation, Wasted are pushing the boat out on how amazing, DIY political punk rock should be.

This is a reissue of their first album which apparently was out of print for over a year. No wonder i couldn’t find one and I’m kicking myself now because this is outstanding stuff.

However, i really don’t know how to describe it. Its just fast, snotty, sweaty punk rock. The way it was in the UK during the 80s when bands took it a lot more seriously than ever before or maybe since.

This is seriously political touching upon commercialism destroying us all, the horrors of America and the good old “I’ve been beaten up but I’m not backing down” songs. There has been alot of discussion about politics in music lately but this has made me sit up and take notice again and follow up on a few points they make. And I tell you, they mean every single word of it.

This is the punk I love, modern, classic, and it makes me wanna start a one man revolution in my bedroom. Completely, utterly, one hundred percent the way it should be. 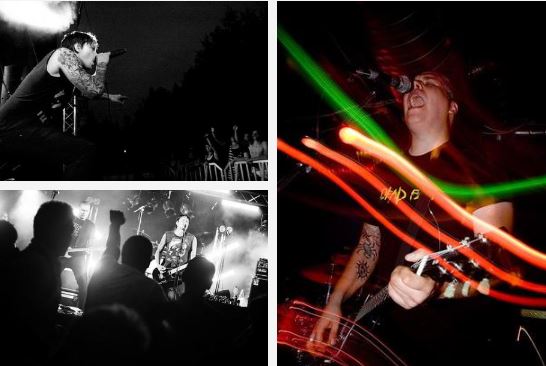 On an album that is dominated by fast-paced tempos, the absolute standout is the incomparable, slightly dark Disconnected with its conflicted sound and memorable intro that marks the cds slowest part as well as the most powerful. Other highlights are the rousing Here, Now and Always, Passing Phase, which features an excellent mid-song breakdown, and the mid-tempo Let It Go (As Far As It Goes), where the rhythm section really stands out, especially around the two-minute mark, when the bass becomes the main focus.

On the lyrical front, frontman Ville Ronkko conveys the bands views on society and politics as well as more personal matters. Their lyrics arent preachy, but rather more in an observant vein, as Ronkko sings about the things that he and his bandmates notice in the world around them. The basic conclusion they arrive at is that peoples obsession with wealth and power – mankinds quest for dominance and power to control is the main cause of oppression, war, greed, and most of societys ills. In greater detail, they decry the evils of capitalism and peoples obsession with consumption buying as much as possible while others suffer and die in poverty as on Disconnected, where they blame America for commercializing feelings and thought, which leaves us disconnected from the earth and, instead, connected to artificial happiness. Another song dealing with the subject of greed is Root of All Evil, where the vocalist declares people are on an endless search of prosperity and power, and the end result of greed is war.

Meanwhile, the subject matter of Pacified (By War) pertains to the irony that in a quest for peace, we wage wars and drop bombs to stop the killing. The records opener, Hatecrime, deals with the prevalence of racism and violence in society, and also hints at police corruption. And the finale is brutal; They Dont Give a Fuck About You they meaning America is a song for all you patriots out there, as the band associates our flag with corruption, lies, and genocide. But what Wasted sing, we know already, namely that to the U.S. government, were nothing just numbers, faceless millions. I guess theyre referring to how America treats foreigners, being that theyre from Finland, singing about their plight, but it sure rings true for the average U.S. citizen as well. Who knows; maybe theyre referring to humankind in general

In any case, some songs that deal more with the human psyche and are more inward-looking are the introspective Let It Go, which features troubled, disillusioned lyrics, the great Passing Phase, which has a message of staying true to yourself and advises the listener that if he/she fights for a cause, make sure he/she is sincere and that the cause itself is meaningful to himself/herself, while the title tracks message is that the easy way to get along in society is to not question, to merely do whats expected of you, to conform, and to essentially play the role you were given. But what kind of life is that?

Overall, a very good record. Fans of hard-hitting streetpunk should check Wasted out. 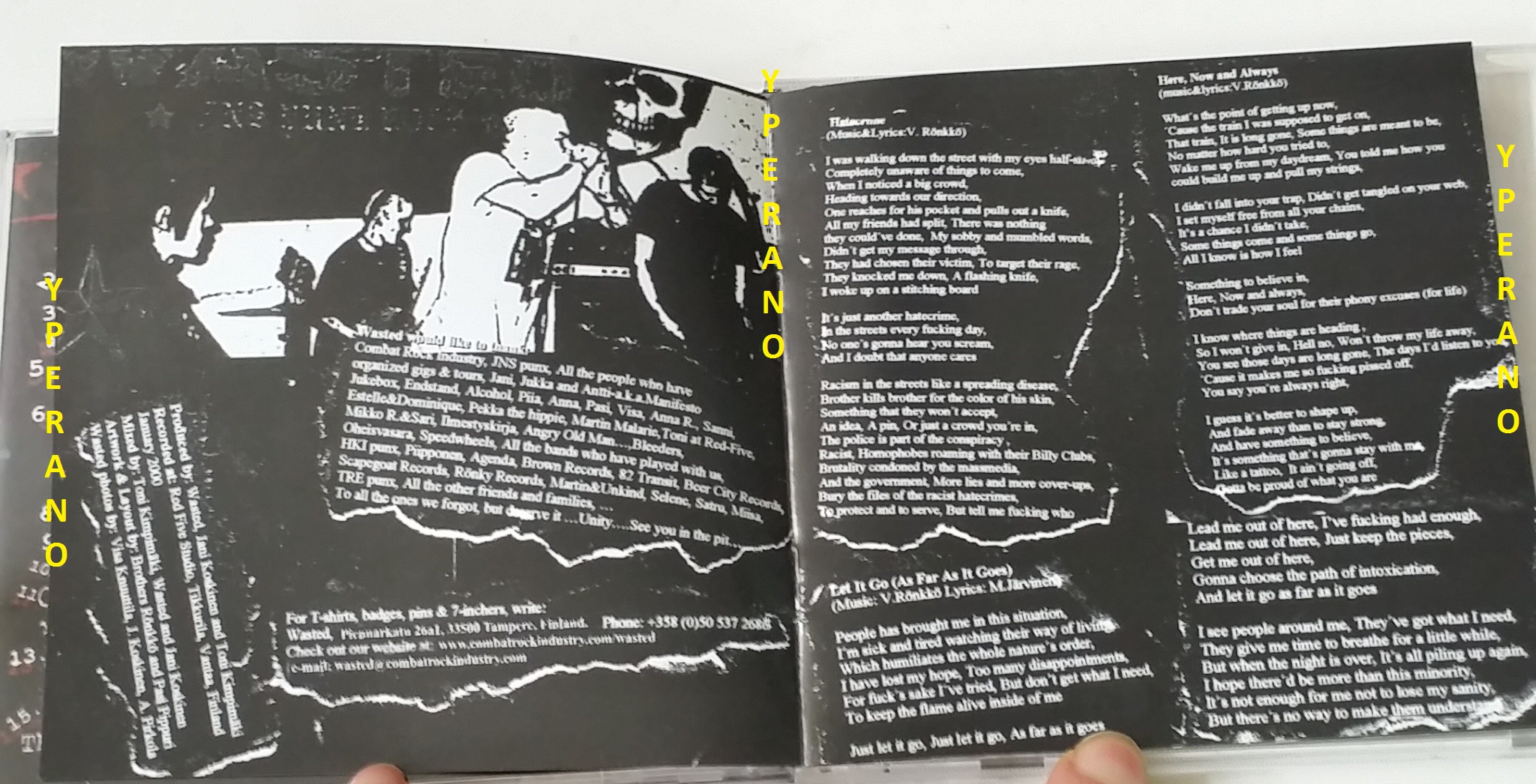