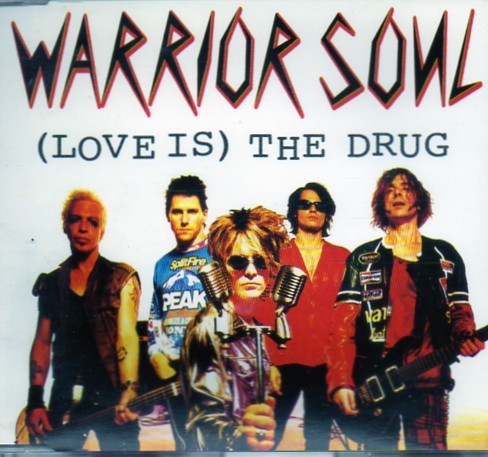 Warrior Souls version is a punked up arrogant version, which I prefer to Bowies even though I am a Bowie fan.

I Just Wanna by Dead Government

Worth it for the last song alone!
The self-titled first track can also be found on “Space Age Playboys” but the other 3 tracks are only available on this disc so if you’re a hardcore fan then you’ll really want to have this to complete your collection. “Moonage Daydream” is a Bowie cover done garage rock style (there is none of that over-the-top sonic metal sound here) and their version of the Elvis Costello classic, “Pump It Up,” brings a refreshing new edge to the original. I actually like it even BETTER than the original. The 4th and final track, “I Just Wanna” is lengthy (clocking in at 8 minutes) and meaty – just oozing with that over-the-top sonic metal sound I referred to earlier. Its rebel rock all the way, with a catchy chorus (“I just wanna f**k with you!!!”) that you’ll find yourself humming (or screaming, as the case may be) for days.

5.0 out of 5 stars Wow!,
This simply doesn’t let up from the opening to the crashing finale and will leave the listener exhausted but wanting more. Kory spits and snarls his way through the finest angst rock and punk that I’ve ever heard (period). This is unrelenting and uplifting from start to end. If I ever get tired of this CD it will be because I have died, simple as that. This is quite a masterclass in the genre – nobody can touch this for the intensity and feel good factor it literally drips in – Perfection!

5.0 out of 5 stars Punk with talent,
this is a truly great CD and the only proof needed is the shivers up the spine you get from listening to it. there isn’t very much to draw attention to specifically, the band just seem to write great songs. Above all, its genuine.

Be the first to review “WARRIOR SOUL: (Love Is) The Drug CD 1995. Plus 3 great covers (David Bowie, Elvis Costello, Dead Government), only available on this disc! Check videos” Cancel reply 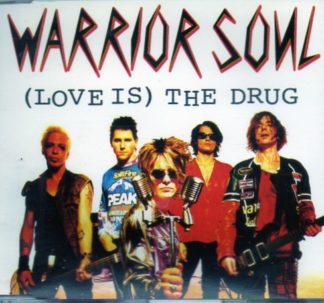