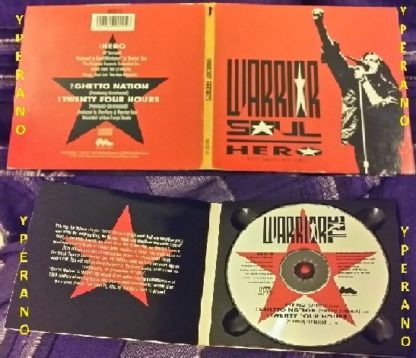 Interestingly, ‘Hero’ released to promote the album featured a further B side cover version of JOY DIVISIONs ‘Twenty Four Hours’.
Both the 2nd & the 3rd songs on this are unreleased songs! Even more importantly Ghetto Nation is the demo of “Salutations from the Ghetto Nation” and it is FAR BETTER, than the album version that followed!

WARRIOR SOULs second album, the Geoff Workman produced ‘Drugs, God And The New Republic’, followed in May of 1991.

The second song on the album (3rd on this CD single) was of note for being a rendition of JOY DIVISIONs ‘Interzone’. It is the second Joy Division cover they did and once again it is much better than the original. 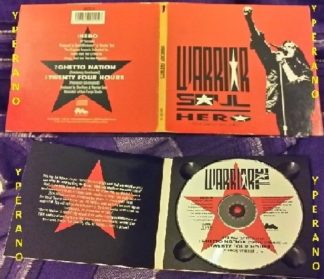