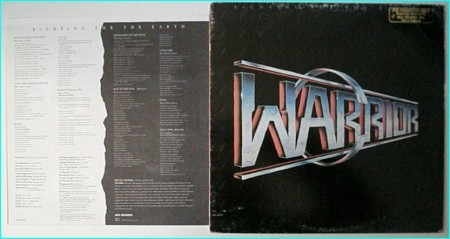 Listening again to my old vinyl…wow…do not understand why this band didn’t break through with this monster album …Parramore Mccarty was a phenomenal singer and the rest of the guys were just awesome(the band got together recently for some shows around the U.S. but a bit late for some “real recognition” i guess)…well about the tracks in here my fave track is “Welcome Aboard” but not to put apart these strong cuts:”Fighting For The Earth”,”Only The Strong Survive”,”Ruler”,”Mind Over Matter”(reminds me of the band Wild Dogs),”Day Of The Evil” & “Cold Fire”…as you can read basically the whole album is a blast!!!…highly recommended album by all means…100/100

As was the case with contemporaries Ratt and Rough Cutt, the group core – guitarists Joe Floyd and Tommy Asakawa and vocalist Parramore McCarty – was made up of San Diego, CA transplants in search of fame and fortune up the coast in L.A. Adding drummer Liam Jason and bassist Rick Bennett, the band, started to make a name for themselves in the local clubs with their futuristic brand of European influenced heavy metal. In 1984, the band recorded a 3-song demo, including the anthemic ‘Fighting For The Earth’, which went into heavy rotation on KMET radio and became a huge hit locally helping turn Warrior into one of the most buzzed about acts around town. Subsequently, the band signed a record deal with MCA Records and Richard Branson Virgin/10 Records label in Europe, and began to record their debut album with producer Doug Rider at Cherokee Studios and Sunset Sound in L.A.. The rhythm section of Jason and Bennett would be replaced after the sessions were completed, with former Black Sheep bassist Bruce Turgon and drummer Jimmy Volpe stepping in. Fighting For The Earth was released in 1985 and though not a huge commercial success, the album became an instant favorite among underground metal heads. A short trip to the UK that same year saw Warrior perform at the legendary Marquee Club in London and make an exclusive TV appearance on Channel 4 popular ECT program where the band performed ‘Fighting For The Earth’ (the band single and video) and ‘Defenders of Creation.’ Personnel Parramore McCarty: Vocals Joe Floyd: Guitars Tommy Asakawa: Guitars Bruce Turgon: Bass, Keyboards Jimmy Volpe: Drums Rick Bennet: Bass on all tracks Liam Jason: Drums on all tracks. 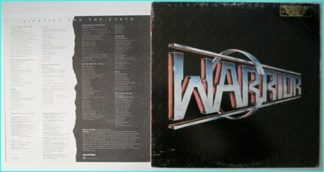