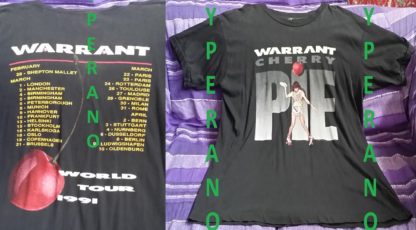 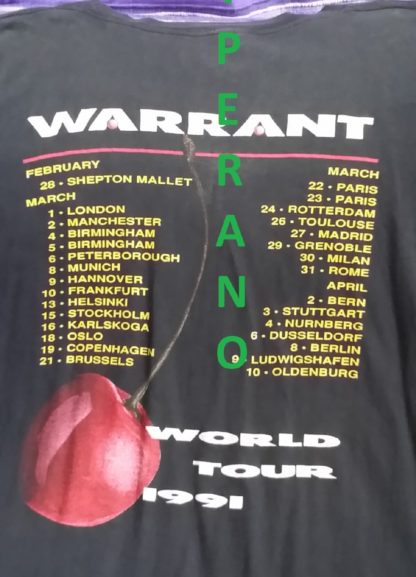 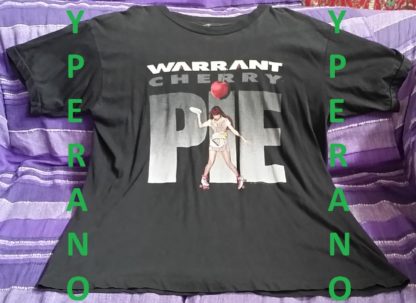 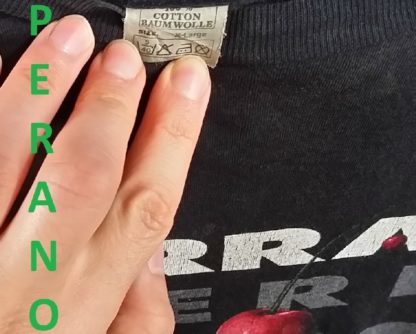 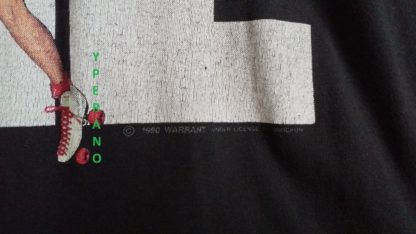 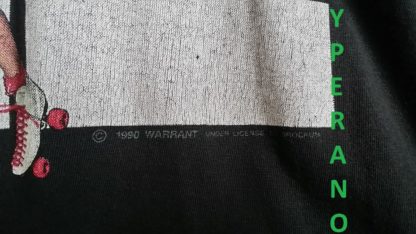 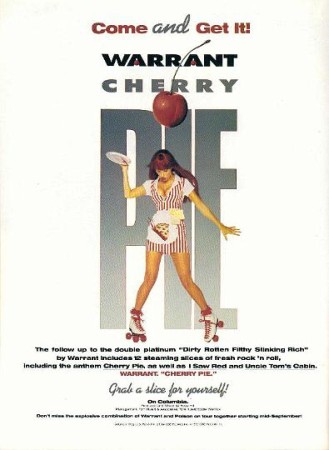 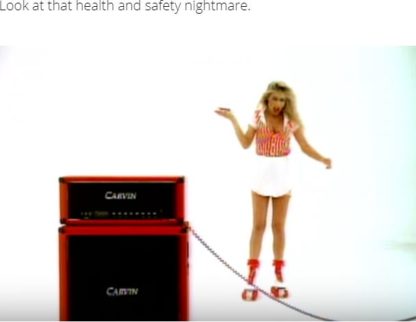 Warrant: Cherry pie T-shirt + World tour 1991 dates on the back

Great quality shirt in great condition as you can see.

“Cherry Pie” is a song by the American rock band Warrant. It was released in September 1990 as the lead single from the album of the same name (that featured the hits “Cherry Pie” , “I Saw Red“, “Uncle Tom’s Cabin” and “Blind Faith“). Cherry Pie became a Top Ten hit on the Billboard Hot 100, reaching number 10 and also reached number 19 on the Mainstream Rock Tracks. The song has been cited by many as a “rock anthem“. In 2009, it was named the 56th best hard rock song of all time by VH1. The video for “Cherry Pie” received heavy airplay on MTV and other music video stations. It featured the members of Warrant and a scantily clad woman (model Bobbie Brown) who is seen dancing throughout the video while the band members perform and make tongue-in-cheek references to the song’s lyrics (for example, when the above-quoted line referencing baseball is sung, Bobbie appears in a form-fitting baseball uniform, complete with a bat).

Metalheads – even more than any other kinds of music fans – find it especially important to let friends and strangers know what they’re into. Band apparel can serve as a password of sorts at concerts (e.g. “Is this guy alright? …Yep, he’s wearing an uber-cool Warrant shirt.”), and some items are cool enough to inspire passersby to check out the band without any further recommendation. It’s no wonder that band merchandise has been a huge part of the music industry since rock and roll, Hard Rock & Heavy Metal began.

Be the first to review “Warrant: Cherry pie T-shirt + World tour 1991 dates on the back” Cancel reply