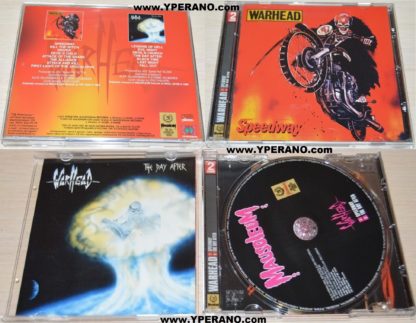 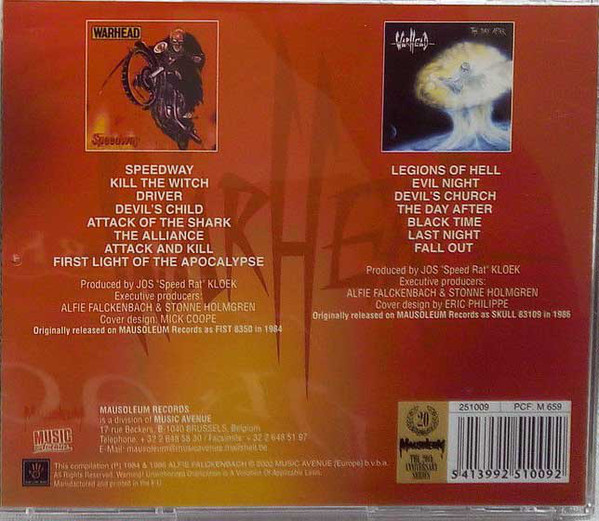 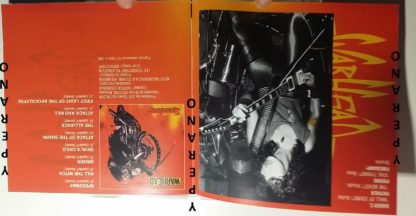 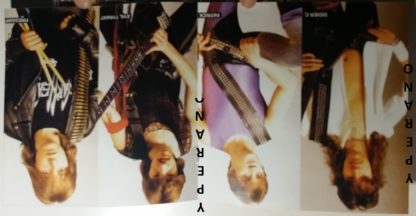 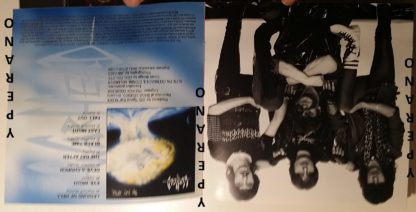 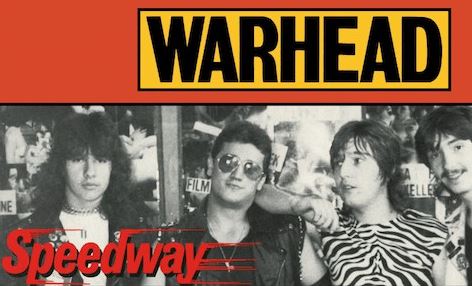 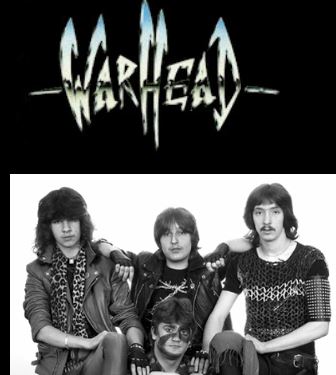 Speedway:
Speedway
Kill The Witch
Driver
Devils Child
Attack Of The Shark
The Alliance
Attack And Kill
First Light Of The Apocalypse

The Day After:
Legions Of Hell
Evil Night
Devils Church
The Day After
Black Time
Last Night
Fall Out 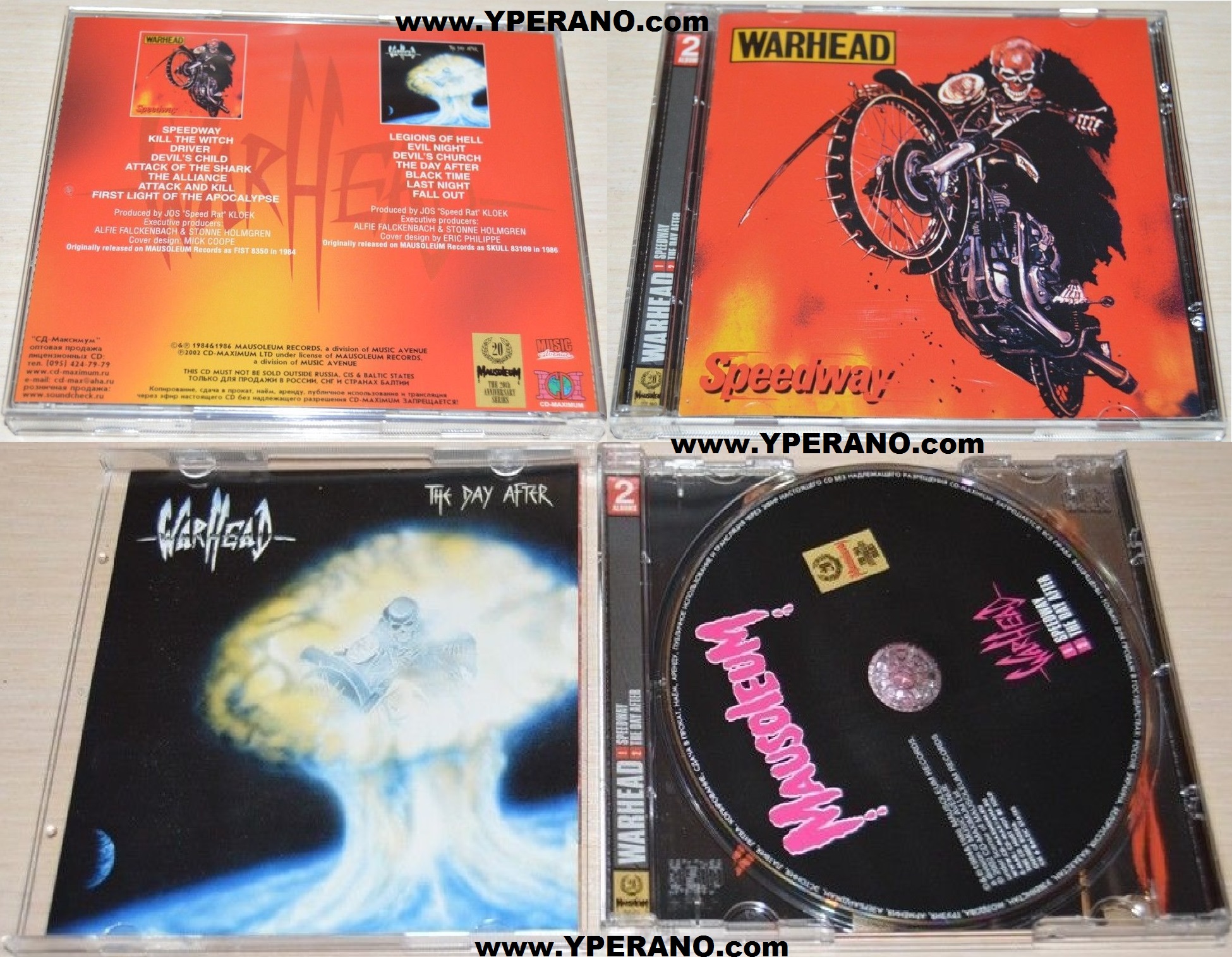 WARHEAD from Belgium released their only two records “Speedway” and “The Day After” in 1984 respectively 1986. In 1994, both long player got pressed separately on CD for the Mausoleum Classix series and in 2002, both records are offered on one CD because of the 20th anniversary of Mausoleum Records.
For that time and also for today, the music of the Belgians is pretty heavy. Far away of all bombastic- or melodic gayness, WARHEAD always delivered pretty hard stuff. Linearly, mostly fast and pretty brutal, so this CD should be a must for every fan of simple Metal of the 80s.

But really only something for 80s maniacs, lovers of EDGUY, STRATOVARIUS or HELLOWEEN will (mostly) hate it. Those, who like the “Bomber”-period of MOTÖRHEAD, GRAVE DIGGER in their “Heavy Metal Breakdown”/”Witchunter”-period, won’t have any problems with WARHEAD.

Songs like “Speedway”, which starts off with motorbike sounds and contains a bass part ala “Running With The Devil” (VAN HALEN), the shell “Devils Child”, which reminds me in the beginning of the mid-part of SAVATAGEs ’86 classic “Hall Of The Mountain King”, or “Legions Of Hell”, which contains some slight “Angel Of Death” (ANGEL WITCH) citations, all are killers, which aren’t heard so often today. 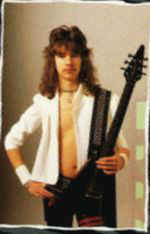 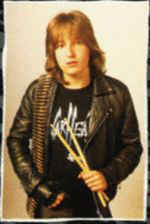 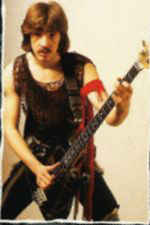 ========================================================
SPEEDWAY:
This is just awesome. Warhead were an old-guard Belgian Speed Metal band who pumped out short, fast killers like this album, which is very aptly entitled Speedway. No pretension, no gimmicks, just twenty-odd minutes of barbed metal riffing, grisly bass antics and gruff, shouted vocals that give the music that attitude that the 80s bands always had in spades if they were worth their shit. The production is raw and uncompromising, having that old school crunch to the production that any classic metal fan will dig, and the music sits somewhere where fans of Thrash, Speed and Traditional Metal will all find something to enjoy within its juicy tendrils.

Weak spots? Not here. They kick off with the title track, and if you don’t instantly love this band upon hearing the vocalist warble and wail his way through those titular lines, you will never get them. Kill the Witch slays even harder, and then the band ups the ante even more with the double-whammy assault of Driver, which is the catchiest on here, and the steel boot-to-face lambasting that they chose to title Devils Child. Awesome, just awesome. The last four songs don’t escalate in quality like the first four do, but they’re still really good, with kick-ass riffs and energetic performances to boot. 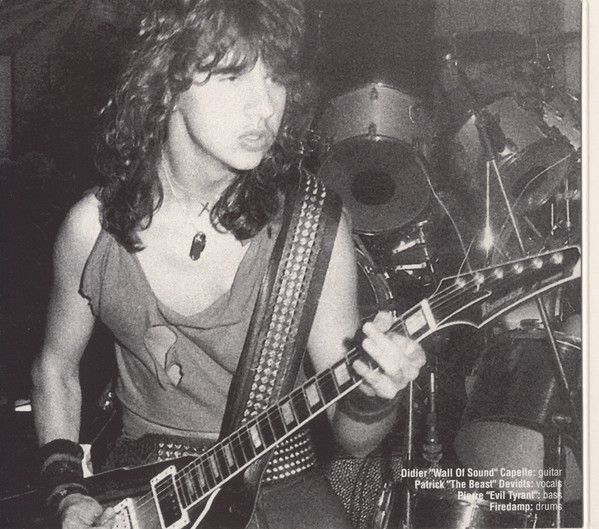 The Day After:
I have to admit. My main reason for buying this album was the title and cover art. With a name like Warhead, with an album called ‘The Day After’, and with an album cover featuring a skeleton cyclist flying out of a giant mushroom cloud, I figured I was in for post-apocalyptic thrash mayhem. Instead, the second album by these Belgium speed mongers is more akin to Gravedigger or Helloween than Voivod or Sodom. Not a bad thing though, and Warhead manages to deliver most of the goods you expect for early Germanic speed metal. Amazing leads, check, soaring OTT vocals, check, questionably bizarre spandex, double check.

Production wise, this album stands up pretty well. The vocals are a bit loud though, and that, combined with the extreme wailing vibrato of “Patrick”, it can get a tad obnoxious at times. Good guitar tone, steady rhythmic drumming, and solid bass. This album has some really memorable leads, the first coming out of nowhere in ‘Evil Night’. At times, its almost like a stripped down version of Agent Steel, minus the extreme insanity of John Cyriss.

As an added bonus, you get to see pictures of each of the band members posing with their instruments. They all look pretty laughable, but the picture of Patrick really takes the cake. With heavy eye make up and short feathered hair, this hefty gent is clad in a shiny spandex tank top, black latex short shorts, and fishnet stockings. Really. I am 100% serious. In fact, it may or may not be worth purchasing this album, strictly for that picture alone. It still sends me and anyone I’ve ever showed it to into fits of laughter anytime I’ve pulled it out.
All jokes aside though. Though a bit rough around the edges at times, its a decent speed metal affair. 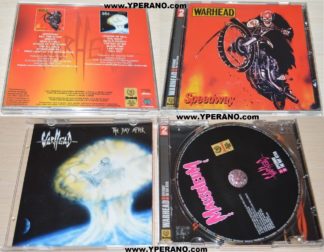