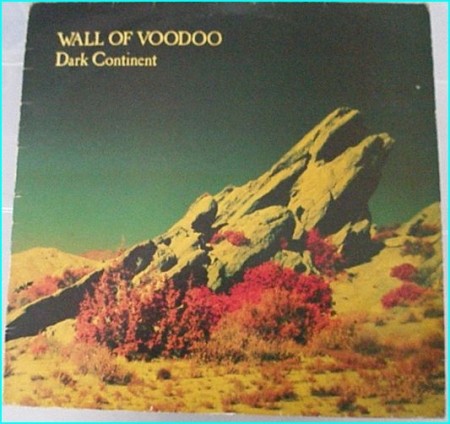 Wall of Voodoo was an American new wave group from Los Angeles best known for the 1983 hit “Mexican Radio”. The band had a sound that was a fusion of synthesizer-based New Wave music with the spaghetti western soundtrack style of Ennio Morricone.

Dark Continent is the first full length album by Los Angeles new wave band Wall of Voodoo, released in 1981 on IRS Records. It reached #177 on the US album charts.
The song “Call Box (1-2-3)” spawned a music video and the band also performed “Back in Flesh”.

5.0 out of 5 stars Lost classic,
Few people will have heard of Wall of Voodoo and most those who have will because of the cult single “Mexican Radio” or lead singer Stan Ridgeways hit single “Camouflage”. This album is without doubt a total classic, sounding like little else: Dark in atmosphere, it is a sinister blend of early electronica, spaghetti western soundtrack, Americana, country and experimental swamp-rock (should such a thing exist – it does – WOV invented it). Characterised by Stan Ridgeways distinctive semi-spoken vocal style, drum machines, harmonica and dark narrative lyrics, it speaks of the dark, bizarre side of America. “Red Light” and “Full of tension” are at the same time sinister yet catchy. “Two Minutes til Lunch” is an odd little tale ending in the percussive “..don’t-touch-that-you’ll-blow-this-place-up!” (Need I say more?) This album is like little else. It could be argued that it is “of the era” with the raw drum machine sound and keyboards, but this is far deeper an darker that most early eighties pop. The follow up “Call of the West” was a bigger success and contained the ubiquitous “Mexican Radio” but “Dark Continent” has the edge for musical originality and spooky undertones. If you are a listener who likes to try something different, I challenge you to try this – You are unlikely to be disappointed.

In some ways, Dark Continent is Wall of Voodoos greatest album. Although it lacks the “Mexican Radio” of its follow-up, there is no filler and the arrangements and concepts are brilliantly executed. Proffering an utterly unique blend of drum machine beats, Marc Morelands Western-influenced guitar leads, and Stan Ridgway’s distinctive vocals and lyrics, Dark Continent has been compared to the music of Devo, but is not quite like anything — or anyone — else. The songs deal with natural and industrial perils, tense relationships, and reflect a cranky, working-class perspective that offers an interesting contrast to the new wave elements of prominent synthesizer and hyperactive rhythm box beats. If originality and artistic vision are any measure of a rock albums worth, Dark Continent delivers on both counts.

WALL OF VOODOO: Call of the west LP 1983 incl. the hit “MEXICAN RADIO” was covered by Celtic Frost and others. Check videos 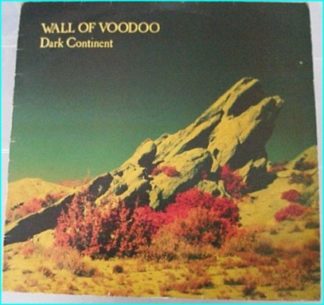