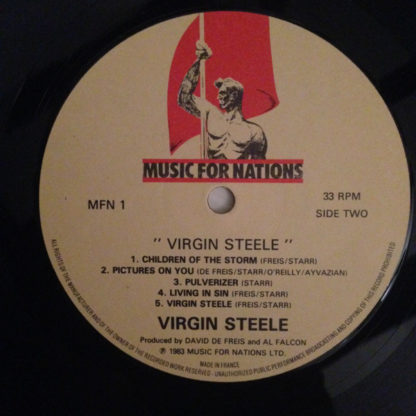 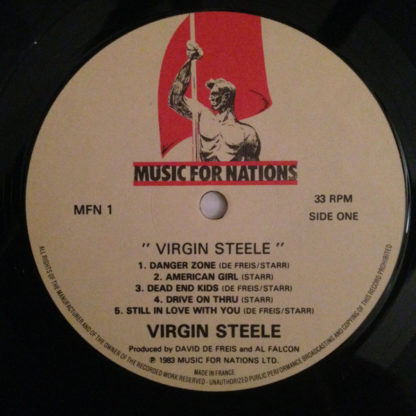 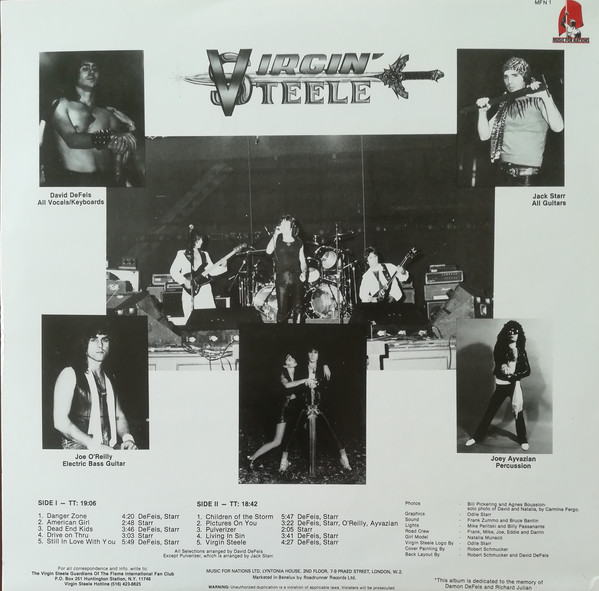 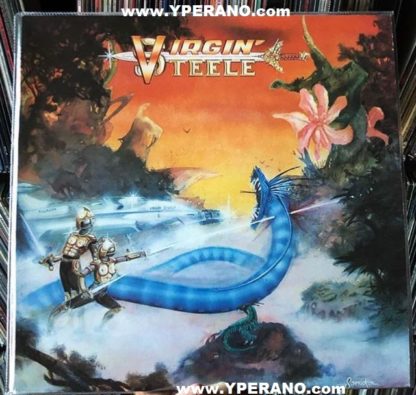 Virgin Steele is the eponymous debut album by New York Heavy metal group Virgin Steele, released in 1982 via Music for Nations (their first EVER release!!!)
Very much a diamond nonetheless, one hears a lot of potential on the band first recordings, all of which are heavily influenced by Judas Priest ’70s work. Priest, however, isn’t the only influence; there are also hints of Deep Purple and Rainbow, and Virgin Steele original lineup (which consisted of David Defeis on lead vocals and keyboards, Jack Starr on guitar, Joe Reilly on bass, and Joey Ayvazian on drums) didn’t escape the influence of progressive rock. Some of the writing, in fact, brings to mind Canadian prog-rockers Rush. What does Virgin Steele first album have in common with progressive rock? For one thing, an appreciation of European classical music. Virgin Steele debut is harder and heavier than most progressive rock, and yet, the headbangers share Rush love of music that is driving yet intricate and involved. Unfortunately, this album is out of print for a long time. The Music for Nations label only pressed 5,000 copies of the original LP, and the album became increasingly difficult to find after it went out of print. If you’re a serious collector, these under-produced recordings definitely have historic value. 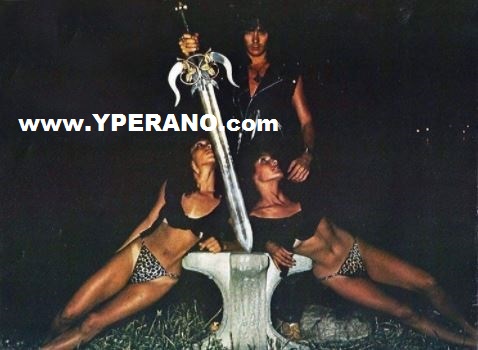 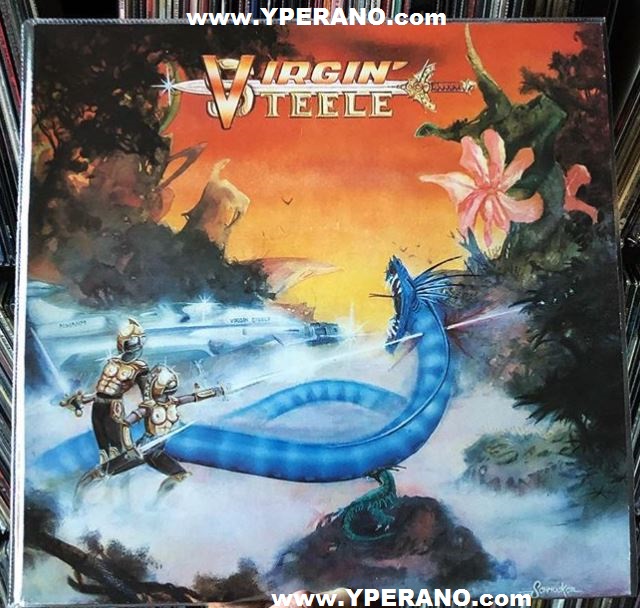 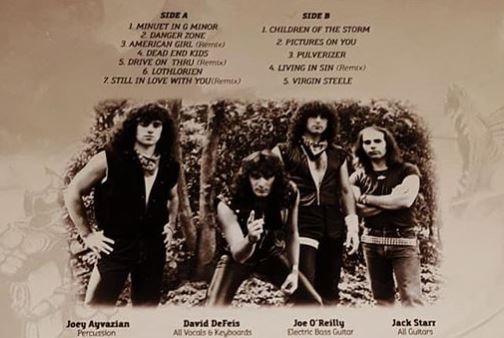 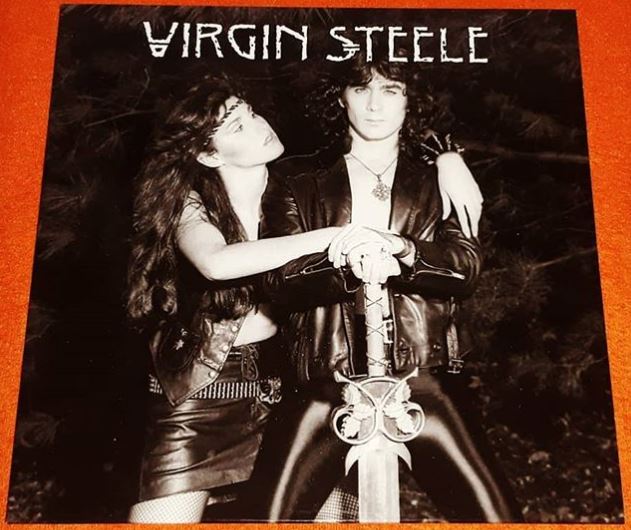 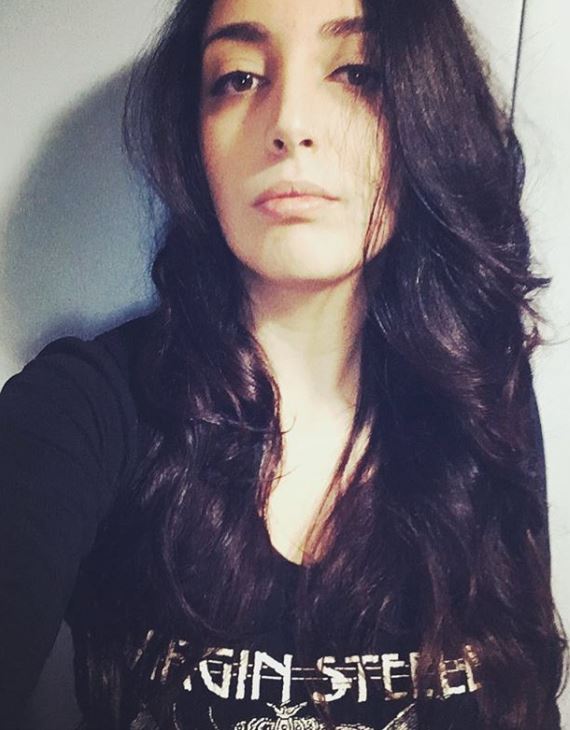 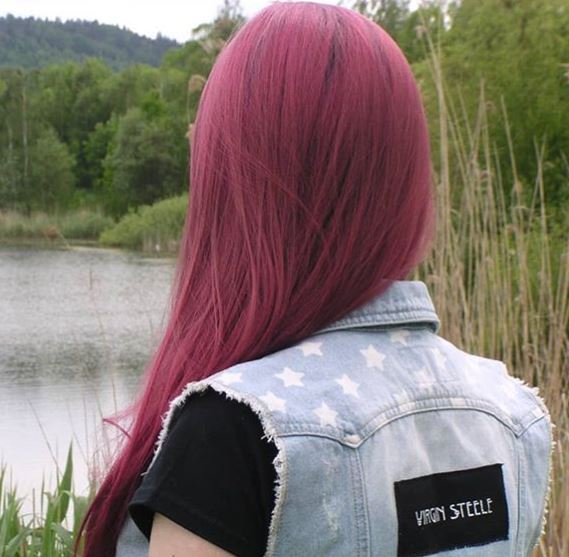 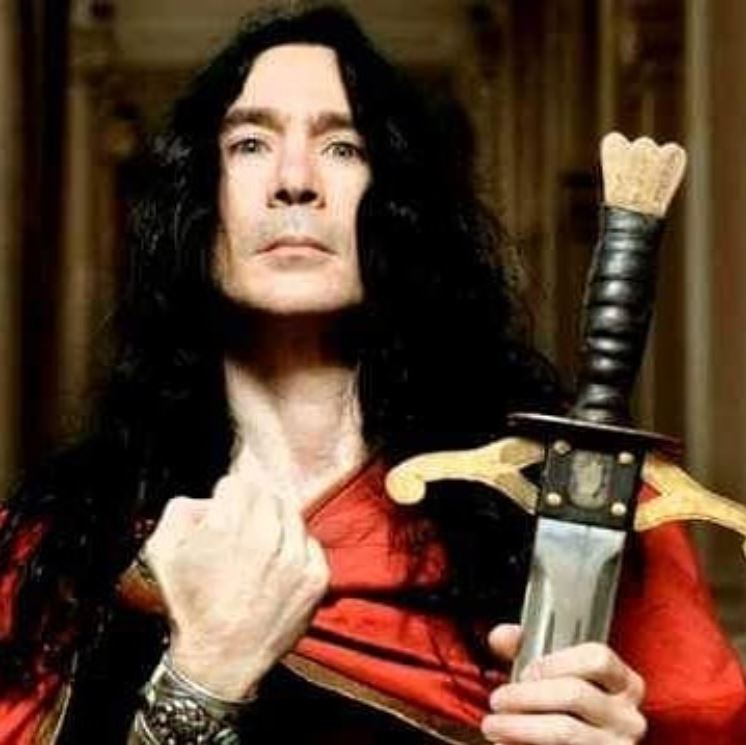 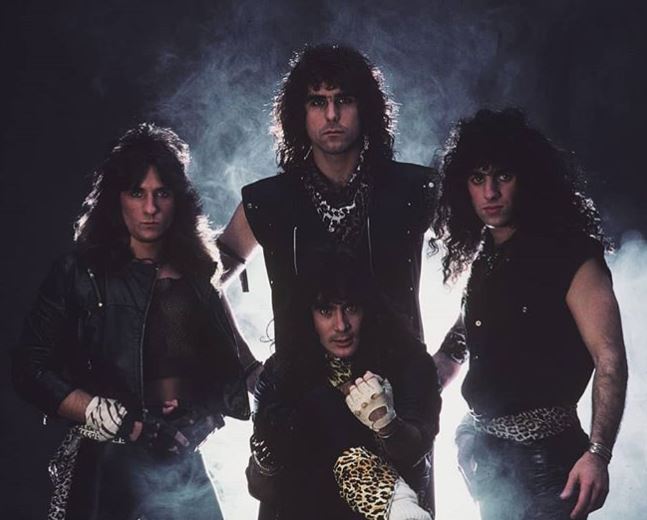 VIRGIN STEELE: Guardians of the Flame LP 1983 Music for Nations. Check the “A Cry in the Night” audio. Epic Metal.