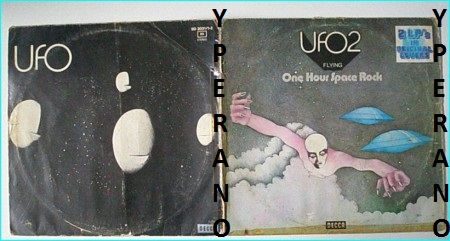 All songs written by UFO, except where noted.

From the debut “”UFO 1″” highlights are the band version of the Eddie Cochran number “”C’mon Everybody”” which sounds like proto-punk rock, their take on Ellas Mcdaniel R&B classic “”Who Do You Love”” with Parker providing some tribal drumming, the garage rocker “”Timothy””, their cover of the folk ballad “”Come Away Melinda”” and the favorite from the whole LP: the somewhat dark/gloomy sounding “”Treacle People”” with its lyrics apparently inspired by a bad LSD trip.

All songs written by UFO, except where noted.

In conclusion, this is the definitive compilation of the early UFO era, so if you are interested in checking them out this 2LP set will do! “ 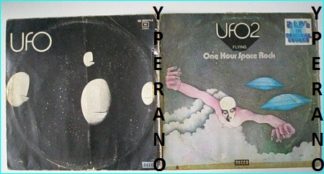