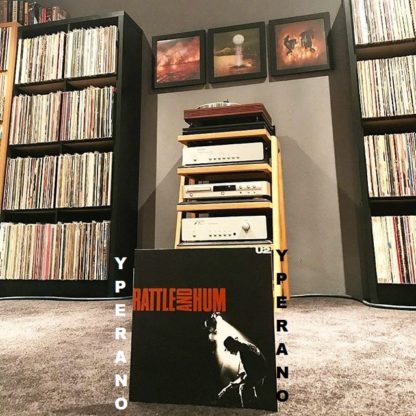 Great songs: From the furious swirl of “Desire” and a clutch of live hits to insightful musical nods to heroes such as Bob Dylan, John Lennon, and Billie Holiday. 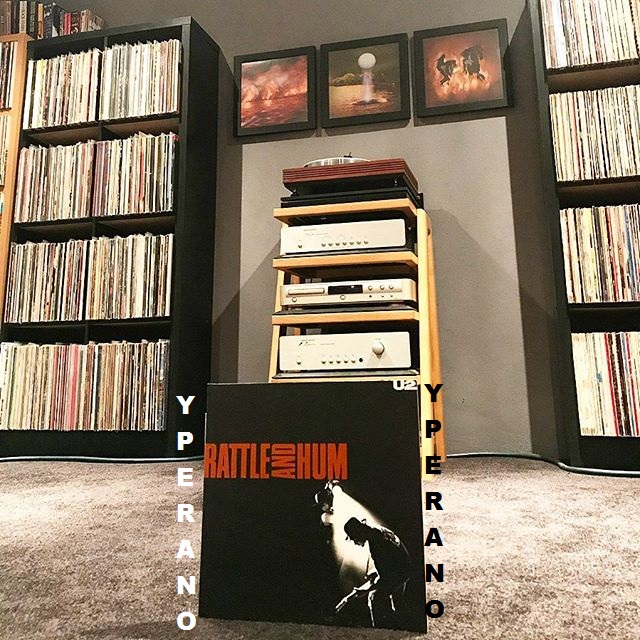 Following the release of The Joshua Tree, U2’s first truly huge album in global terms, the USA lay supine before them. Deciding to embrace the cultural heritage the band aimed to document the tour and pay homage to their perceived roots. For this, they agreed, they needed an American producer. So along to Memphis came Jimmy Iovine – producer on the transitional live document – Under A Blood Red Sky. The results were a double album of live and studio work.
More impressive were the live cuts and other hits culled from shows in Denver and Tempe where it became obvious that the songs from The Joshua Tree became even grander in a stadium setting. The bands hearts were in the right place (Silver And Gold, as Bono rather obviously points out, is about apartheid).

Released officially on the 10th of October, it shot to the coveted number 1 spot on the UK charts on the 22nd of October 1988, with their first UK number 1 hit single Desire. A lot has been said by millions over the ensuing years about how good and bad alike U2 is, how some people lost them/lost interest in them/found some earlier material uninspiring/derivative/brilliant, some later material boring/brilliant/reaching a new target audience/….(add your own two cents worth in this space provided), but ultimately they have weathered the storm, become hugely successful, extended their fan base, and most importantly – given us some truly magical music over the course of forty years. As a pure soundtrack to the Rattle and Hum rockumentary it wasn’t particularly brilliant (although extremely insightful as a social commentary companion), but seen and experienced as a live album it is really excellent (in my humble opinion, I should add). The highlight as far as I am concerned as a rocker is their searing version of All along the watchtower (“three chords and the truth” goes a long way on their impromptu, seemingly unrehearsed and spontaneous rendition), as a “scrapbook” of their American Joshua Tree tour it was definitely more than just interesting, and as a live album it worked well primarily through its energy and its adoption of different incorporated styles. It may be true that it was the last “Old Style” U2 offering before a major change in musical outlook and fresh musical ideas with Zooropa and Achtung Baby, but it remains a vital album in my collection and one that gets played regularly. 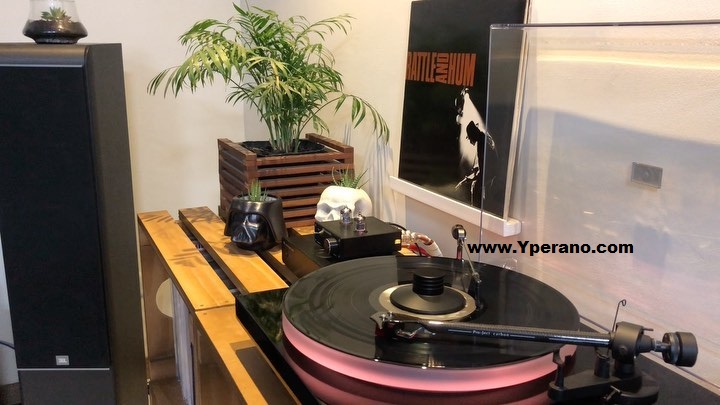 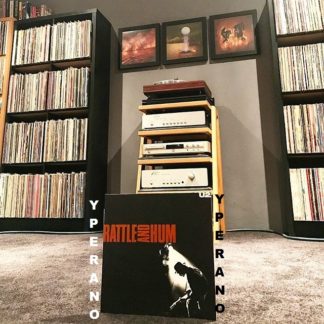