Tygers of Pan Tang are a heavy metal band, formed in 1978 in England. They are a notable band of the New Wave of British Heavy Metal movement. The band is named after an elite group of chaos-worshiping warriors, called the Tigers of Pan Tang, in Michael Moorcock Elric stories.

The band was originally formed by Jess Cox (vocals), Robb Weir (guitar), Richard “”Rocky”” Laws (bass), and Brian Dick (drums). They were first signed by local independent label Neat Records before MCA gave them a major record deal. After several singles, they released their first album ,Wild Cat, in 1980. The album reached the #18 in Britain in the first week of its release. 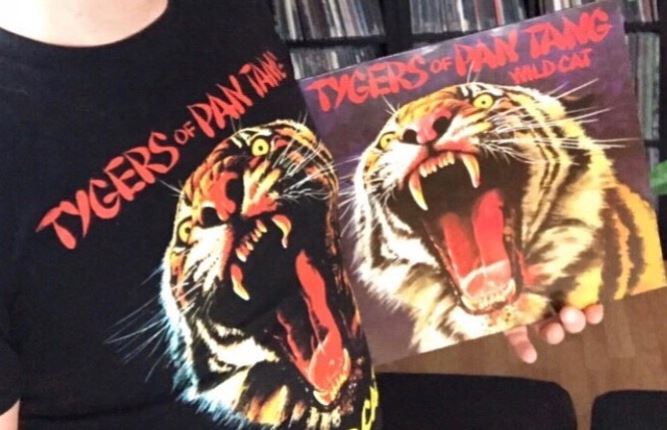 Wild Cat is the debut album from the band and also one of the bands’ very best albums. It was released in 1980 when the New Wave Of British Heavy Metal was growing more and more in popularity. The album does not slouch at all and it is filled front to back with ten bitchin’ heavy metal tracks bursting with energy. Tygers was never the heaviest band in the NWOBHM nor did they ever claim to be but they sure as hell knew how to make a fucking great heavy metal album. The songs are often speedy and are structured pretty damn well if you ask me. They also have a bit of a rockish feel to them as well. Tygers has always had that and I quite like that. The lead guitar work on this album is fantastic to say the least. They remind me a bit of the first 3 Saxon albums and if anything that’s a good thing because I fucking love Saxon. The riffing is nice, fast and fun. Nothing super heavy but I really really like it. The drums are speedy and follow the guitars very well and vocalist Jess Cox sounds good and has plenty of energy. Overall if you want to get into this band you cannot skip Wild Cat. Its one of the bands’ finest.