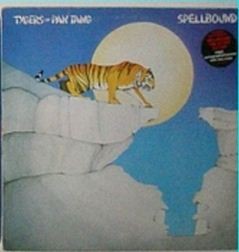 Spellbound was Tygers Of Pan Tangs second album, and in my opinion a significant improvement over their rather adolescent debut. Lineup changes seemed to have contributed greatly to this progression, as Tygers replaced their singer with Jon Deverill, a very capable vocalist, and also added guitarist John Sykes to their ranks. To me this is the quintessential Tygers album, and as such one of the best NWOBHM offerings out there. Spellbound is a consistent effort, full of hook-laden tunes with enough balls to satiate your metal jones. My personal favorite track is the ultra-catchy Hellbound.