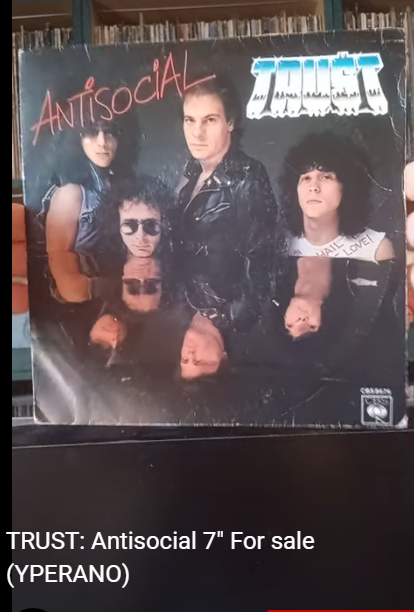 + M.Comedie [Legendary song that has later being covered by Anthrax + great B side. Special French version single, both songs sung in French

“Antisocial” is a song by the French hard rock band Trust. The song was written by Bernie Bonvoisin and Norbert Krief.
The song is featured in the video game Guitar Hero World Tour and is available as downloadable content to Guitar Hero III: Legends of Rock.

Anthrax’s single:
American thrash metal band Anthrax covered the song, replacing the original lyrics with lyrics sung in English, on their 1988 album State of Euphoria. Their cover of the song also appears on the second disc of their compilation album, Anthrology: No Hit Wonders (1985-1991), along with a version featuring the verses sung in French.

Other versions:
The Finnish metal band Children of Bodom released a cover of the Anthrax version of the song on their 2009 cover album Skeletons in the Closet. The Spanish rock band Los Suaves also included a cover of the Trust song, with lyrics in Spanish, on the album San Francisco Express (1997). 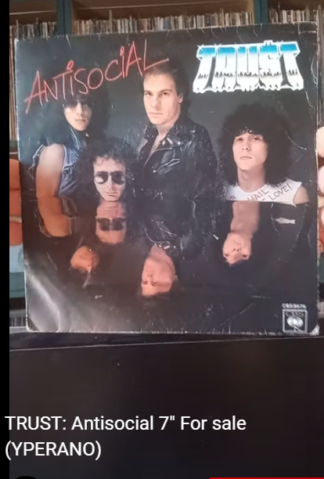