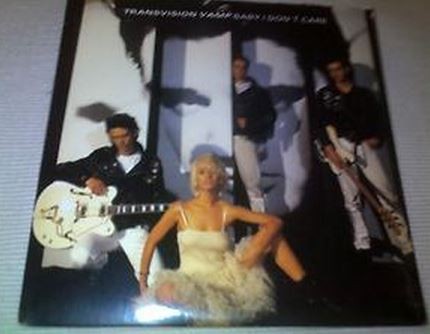 “Baby I Don’t Care” was the sixth single from UK pop rock band Transvision Vamp and the first to be taken from their second album Velveteen. It was released in 1989 and remains their highest selling and charting single. The song peaked at number 3 in both the UK and Australia, and also came in at number 25 on the Australian End of Year Singles Chart for 1989. The song was later featured as the title track on the bands 2002 compilation album Baby I Don’t Care.
The sleeve design features the band against a panelled backdrop printed with a large photo of Elvis Presley. 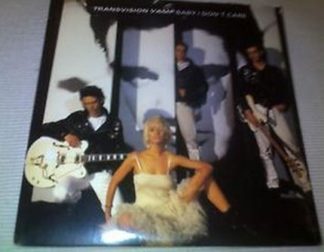