This and Joe Satriani’s Extremist are the only instrumental albums I can really enjoy listening to from the first to the last track. Songs you can actually remember the next time you hear them. It’s just much more interesting and beautiful music than most of the technical shredders like Malmsteen that bore me badly after 5 minutes.

Maximum Security is the second studio album by guitarist Tony MacAlpine, released in 1987. The album is MacAlpine’s only release to enter the U.S. Billboard 200, reaching No. 146 and remaining on that chart for eleven weeks.
Andy Hinds at AllMusic gave Maximum Security 4.5 stars out of 5, calling it “much better” than MacAlpine’s 1986 debut album Edge of Insanity, and “essential listening for anyone interested in instrumental guitar music.” He went on to say “The album’s captivating neoclassical/fusion forays are filled with plenty of beautiful melodies and hair-raising solos; MacAlpine simply lights up the fret board—and the keyboard, for that matter. … The variety of textures on this album—not to mention a wealth of beautiful melodies—keep it continually interesting.” He also listed “Autumn Lords”, “Hundreds of Thousands”, “Tears of Sahara” and “Porcelain Doll” as highlights. 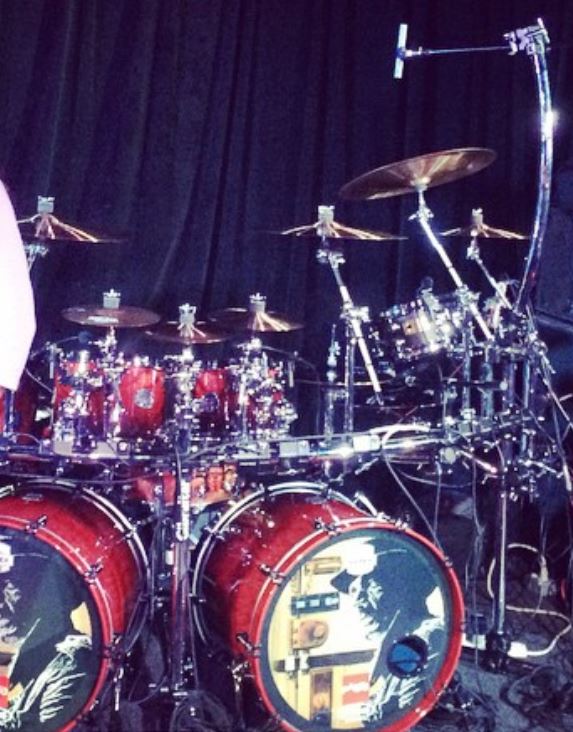 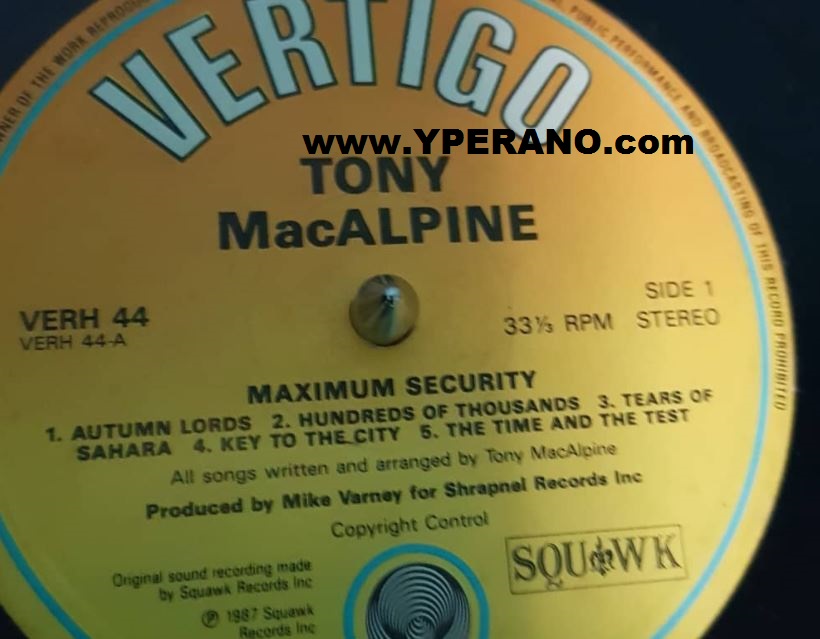 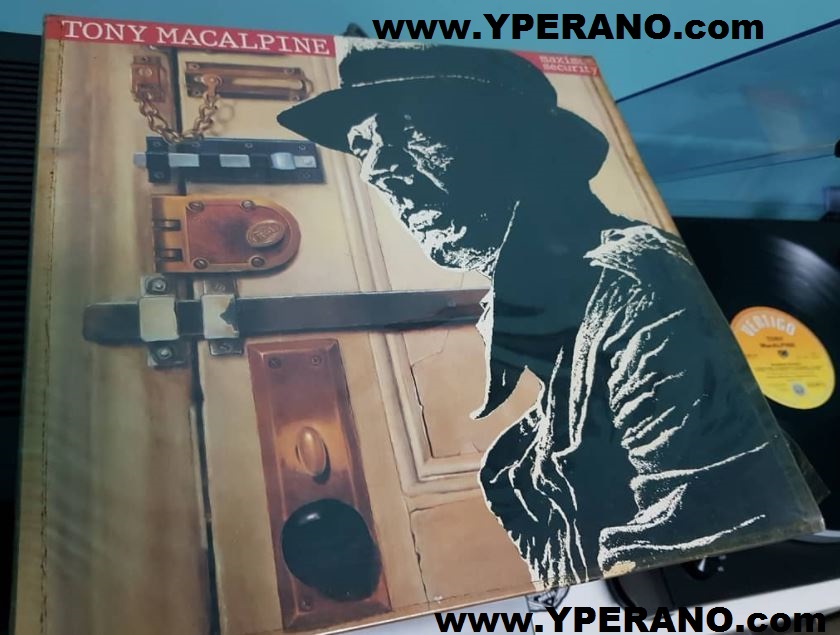 As per MacAlpine’s usual style, Maximum Security is a classy, lush guitar hero album that showcases a lot more than pure speed or technical proficiency (though MacAlpine has those in spades). Great attention is paid to the songwriting and atmosphere here, with keys playing a very prominent role. They switch between duelling with lead guitar melodies and adding thoughtful ambience to back it. Not much needs to be said about the guitar work itself, which is mostly top tier quality if a bit generic as far as guitar heroes go. Every song (save the short piano solo) is very strong, and most even manage to be memorable in their guitar hooks, which is a hard feet in instrumental metal.

Tony MacAlpine is one of the most influential guitarist and keyboardist from metal zone and music in general. His contribution to music is essential in my opinion. Maxim security his second studio album from solo career, appear under his name in 1987 and is a killer one for sure. This album together with his first shown how talented and versatile this musician is. I think in comparison with other names from progressive metal, metal and neo classical metal Tony Mac Alpine is quite underrated. This album is first class, the songwriting and arrangements are some of the best neoclassical instrumental parts ever created by a guitarist, smooth, elegant, inventive and very well performed. The progressive elements are all over the place with nice keyboards interluded with guitar.Excellent chops and very interesting arrangements, I like a lot his guitar tone. Is no wonder because the musicians involved here are top notch Deen Castronovo on drums from Ozzy Osbourne fame, the famous guitarist George Lynch on couple of pieces, because the rest of the guitar parts, keyboards and bass lines are made by Tony himself. So, top album top musician. All pieces stands out for sure, just check out Hundreds Of Thousands , Tears of sahara or The King’s Cup, very technical album, the intensity of the guitar is superb and yet very powerful here showing a true master of the 6 strings. Recommended album who deserve for my side no less then 4 stars, my fav Tony MacAlpine album for sure, maybe together with first one, excellent work who needs a better view, or a far more recognition.

Builds on the “Edge Of Insanity” debut,albeit with a different line-up.Tony handles guitar,keyboard & bass duties,and he’s backed up on varying tracks by both Cacophony drummers Atma Anur & Deen Castronovo. Also some guest spots by Nightranger’s Jeff Watson (on ‘The King’s Cup’) & Dokken’s George Lynch (on ‘The Vision’ & ‘Tears Of Sahara’) make for some amazing trade-off solos.

4.50 stars Tony MacAlpine made one of the few shredding albums which is a worthwhile listening, even if you are not a guitar maniac. Very good songs and contributions of Jeff Watson (Night Ranger) and George Lynch.

After 20 years it’s still that good. Of all the shredders in the eighties Tony is with Yngwie, Vai and Satriani the only shredder I can listen to these days.

Next Friday to a concert of him along with bass monster Billy Sheehan and Virgil Donati. Last year I saw them in Zoetermeer, Holland. Nice gig. Tons of notes but they had a lot of fun on stage even with the technical problems they had.

5.00 stars Absolutely fantastic music is what your going to get here.
Tony macalpine is truly incredible, and I mean that in the truest sense.
His music is immensely pleasurable to listen to, and he is incredibly skilled
on his instruments. He plays both guitar and keyboard.
Most of his songs on here give me goosebumps when I hear them.
I don’t know what to say other than that there are few guitarists of this calibre technically and musically.

4.00 stars I have had this tape forever,and still listen to it.Tony is great,but he tends to show-off more than make pure music-much like all other guitar(or piano) heroes. The moments where he just plays music is beautiful and kicks so much ass.From what i can sense,he should ignore the bull about show,and just play from the heart.He might give up some cash for it,but he would make himself (and others) proud and do better in the long-run.

4.50 stars This album is quite stunning, and sounds as good today as it did when I first bought it on cassette in 1987. This is probably one of Tony Mac’s strongest albums to date (along with Chromaticity), and here he truly shines. To say this guy has skills is an understatement! And not only does he posses incredible skills on guitar, but also on keyboards and piano too, as can be heard by taking a listen to his Chopin piece (he does one on every solo album). Some may disagree, but I say Tony is one of the most gifted musicians of all time.