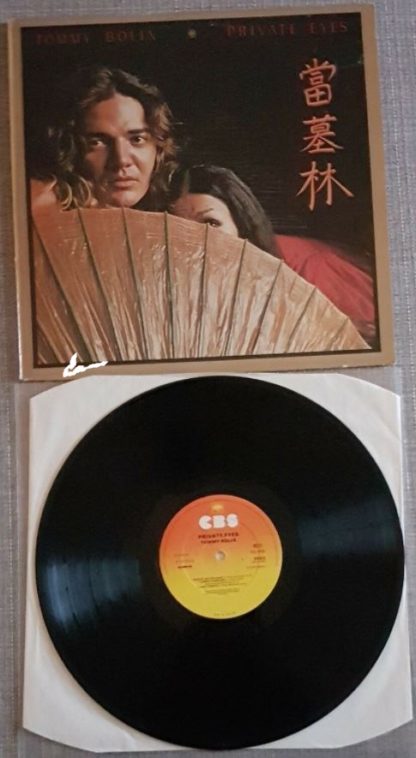 Private Eyes is the second solo album by guitarist Tommy Bolin. This was Bolins last album, as he died of a drug overdose while on the promotional tour, opening for Jeff Beck.
After the breakup of Deep Purple in 1976, guitarist Tommy Bolin wasted little time beginning work on his second solo album, Private Eyes. While it was more of a conventional rock album than its predecessor, Teaser (which served primarily as a showcase for his guitar skills and contained several jazz/rock instrumentals)or Bolins lone album with Deep Purple, Come Taste the Band, there highlights like the nine-minute rocker “Post Toastee” that merges a long jam section with lyrics concerning the dangers of drug addiction, while “Shake the Devil” is similar stylistically. But Bolin wasn’t simply a hard-rocker; he was extremely talented with other kinds of music: the quiet, acoustic-based compositions “Hello, Again” and “Gypsy Soul,” and the heartbroken ballad “Sweet Burgundy.” With his solo career starting to take shape (after the albums release, he opened for some of rocks biggest names: Peter Frampton, Jeff Beck, Rush, ZZ Top, etc.), Bolins life was tragically cut short at the end of the year due to a drug overdose in Miami, FA. 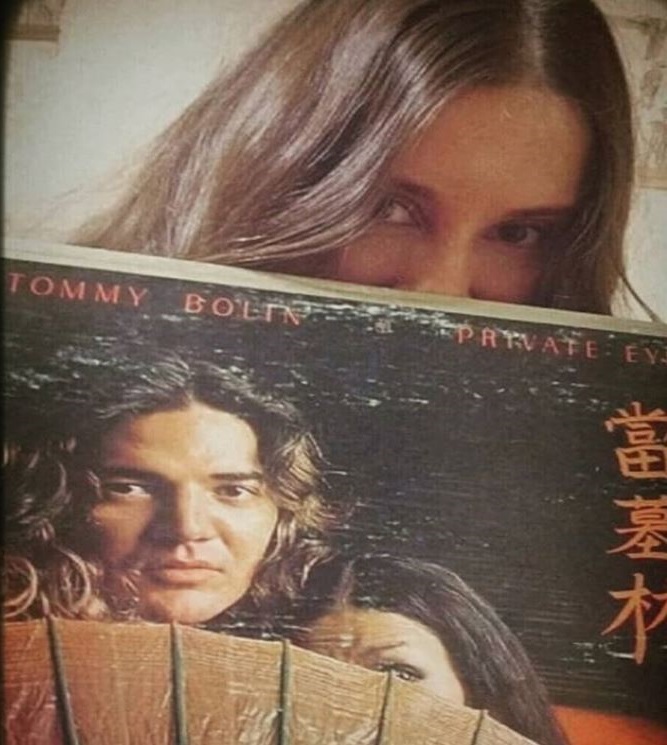 5.0 out of 5 stars OUTSTANDING DISC THAT MOST PEOPLE HAVEN’T HEARD!!,
There are great albums,classic albums,legendary albums,then there is this album,an album which is so good yet so unknown that it makes you weep.

Tommy Bolins 2nd solo album (after ’75s Teaser)is a sublime mix of rock,funk,soul,mixing heavy with mellow,light and shade,rockers and ballads and is one of my favourite discs.

Highlights include the stunning opener ‘Bustin Out For Rosy’ a fantastic piece of typical 70s rock/funk(if Santana had produced this we would never stop hearing about it),the majestic ballad sweet Burgundy’,a song so beautiful,it lights up your mood and you smile instantly,while ‘Post Toastie’ with its fuzz drenched riff rattles your speakers and makes you wonder why he couldn’t hack it with Purple.
That was side 1 in the old vinyl days,side 2 opened with the super funky shake The Devil’ before the laid back sounds of ‘Gypsy Soul’,someday…’ and ‘Hello Again’ soothe your mind before the bluesy ‘You Told Me That You Loved Me’ rounds off the experience.Simply a superb disc which requires the lights down low ,a glass of wine in hand with your lady snuggled up close and allow all your worries to slip away for a while as this disc transports you to music heaven,a genuine classic.

5.0 out of 5 stars Top Class,
Here we have Tommy`s first solo album and why did it quietly slip by? maybe the groups he played with never really made much of an impact here in the UK.I had followed Tommy from his days in James gang to Deep Purple and have always thought that his Visions on the J G album Bang were fantastic lifting the band up by their grubby collars and projecting them to a six star rock band, meanwhile playing live gigs with his old band as backing muso`s The Tommy Bolin Band crept around the US circuit,( these recordings seeing the light of day after his death) Over watched by his big bruv, so Tommy then takes the batton and steps in to Ritchie Blackmore`s guitar shoes and remoulds Deep purple , also releasing his second solo album `Teaser` should he with hindsight have joined the Purps I would say NO. It would of been much better to tour and record under his own name slowly winning friends and admirers, Back to the Private eyes CD If you need convincing just Listen to the 1st four tracks. This guy ROCKS and will take all listeners on a wonderful journey.!SIX star album.

5.0 out of 5 stars What a talent,
Tommys second and sadly last solo album, totally different to Teaser with Norma Bell on saxophone on the majority of the tracks, this again has some excellent stuff, Poast Toastee is superb and sees Tommy in full flight, but the stand out track for me is Hello Again which sends shivers down your spine, what a sadly missed talent, as a singer, songwriter and guitarist Tommy was totally unique, what a sad loss.

5.0 out of 5 stars one of the great albums,
and not sure the production is quite right.

5.0 out of 5 stars The coolest underrated guitarist,
This was tommys second and last solo record .
The songs are quite commercial .. And the production is a bit strange ! Nether the less this is a brilliant album!!
I just wish he’d of lived longer and made more music because he was a very special musician. 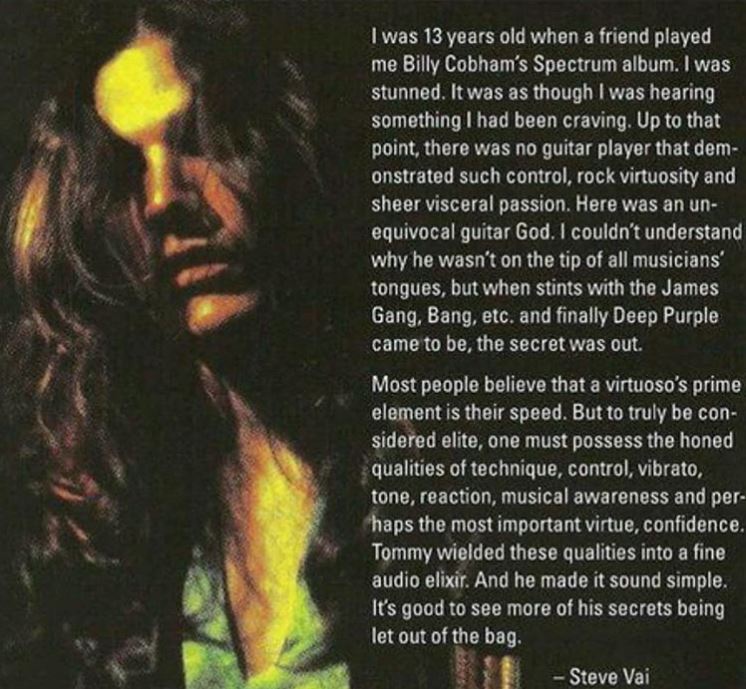 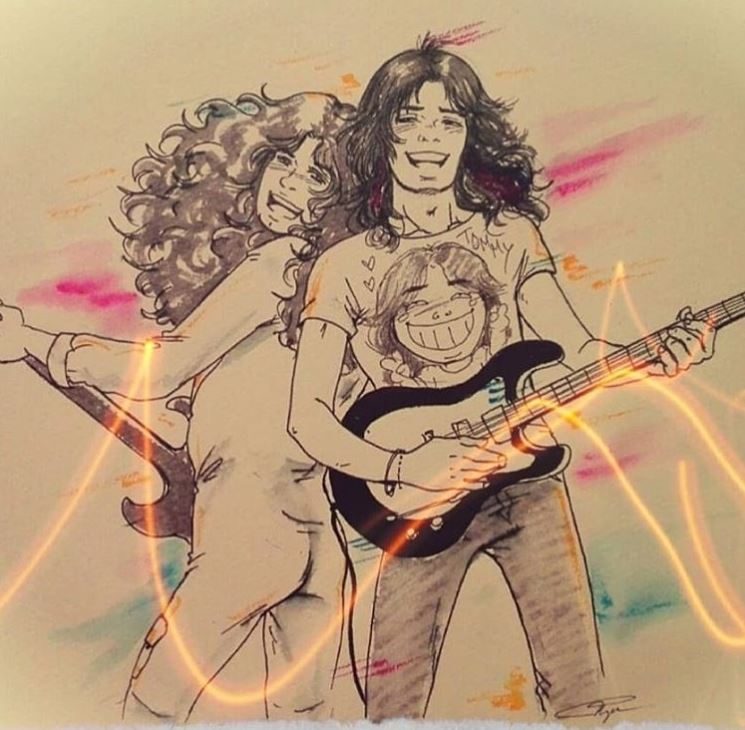 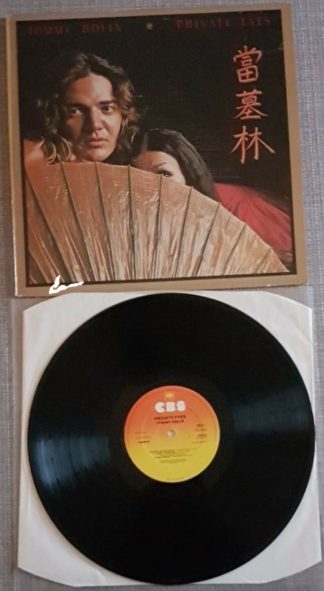