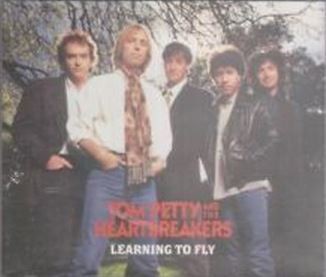 “Learning To Fly” is a popular track by Tom Petty and the Heartbreakers. It was written in 1991 by Tom Petty and his writing partner Jeff Lynne for the album Into the Great Wide Open. Though the entire song is based on only four simple chords, (F, C, A minor, and G), it has a unique structure and sound, making it a top hit for Petty.

Music Video:
The music video for Learning to Fly switches back and forth between shots of the band playing in an aircraft boneyard and vignettes from the early life of a young boy. The vignettes capture seminal moments in his life, which evoke the post-World War II dawn of the nuclear era, the hippie era, and the assassination of Robert F. Kennedy.

Chart history
“Learning to Fly” was released as the first single from Into the Great Wide Open and reached #28 on the US Billboard Hot 100 chart. It also became his most successful single on the Billboard Album Rock Tracks chart, reaching the top of the chart and remaining at the summit for six weeks. “Learning to Fly” earliest charting was in the United Kingdom, debuting at #65 on June 29. The next week it rose to #46, and stayed on the UK chart for two more weeks before slipping off entirely.

Cover versions:
Bonnie Tyler released Learning To Fly as a single from her 2003 album Heart Strings. The single gained no chart success. Lady Antebellum did a cover of this song in their 2010 digital EP “iTunes Session”. It was used on the Chicago Bulls’ 1991 NBA championship video and featured on the soundtrack of the 2005 film Elizabethtown. It is the official song of the United States Air Force Academy skydiving team, Wings of Blue.

Be the first to review “Tom Petty and the Heartbreakers: Learning to fly CD digipak single with Inserts. Check video” Cancel reply 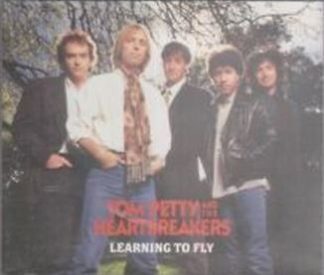 You're viewing: Tom Petty and the Heartbreakers: Learning to fly CD digipak single with Inserts. Check video £5.00
Add to basket