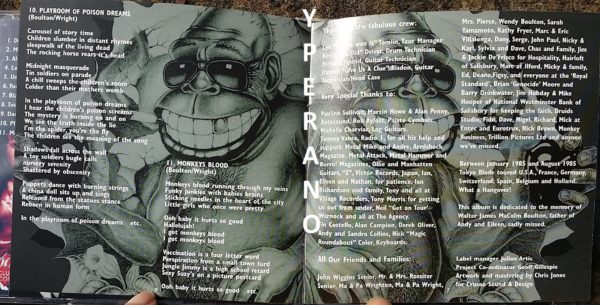 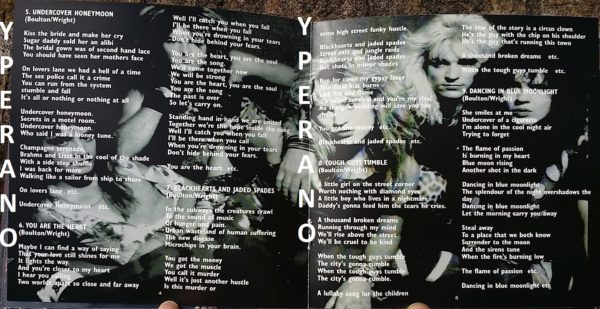 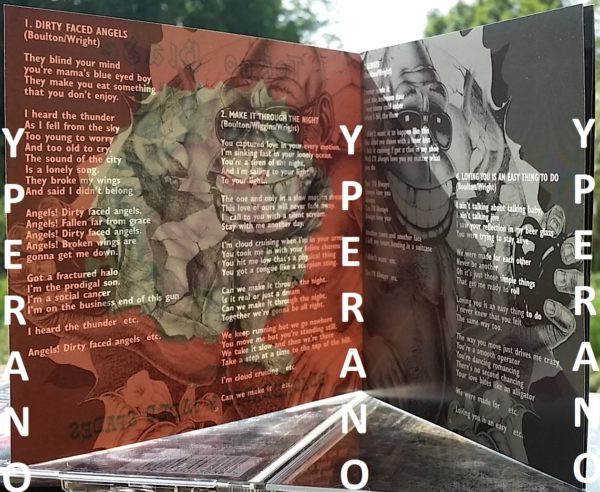 The music, is a lot more melodic than previous efforts and a bit glam in some parts, but overall, I liked this disc a lot. This album definitely put them in a new direction from their previous efforts – it showed that they were expanding that BRITISH sound. Their first two releases were more truly in the spirit of NWOBHM/IRON MAIDEN.
“PLAYROOM OF POISON DREAMS” to this day still gives me goosebumps and is worth the price of this disc alone – a very dark, brooding and evil atmospheric song that I will never forget. The title track and “MONKEYs BLOOD” are also very powerful heavy tracks that make this album worthwhile. Other tracks I like alot are: DIRTY FACED ANGELS, MAKE IT THROUGH THE NIGHT, ALWAYS, DANCING IN BLUE MOONLIGHT (very melodic and somber – put on some blue light when listening to this in a dark room). Overall, a great album.

TOKYO BLADE is one of the most underrated bands that emerged from the NWOBHM era (late 70s through early 80s). Founded as KILLER by guitarist Andy Boulton in 1981, they released one self-titled demo tape — only to change the bands name to GENGHIS KHAN by the time their first EP Double Dealin (containing songs that were later re-recorded on their full-length debut and their Midnight Rendezvous EP) had come out. It wouldn’t take them much long to change their name again — this time to TOKYO BLADE. After finally finding the right name to stick with, TOKYO BLADE released their self-titled debut in 1983, which was quality IRON MAIDEN worship. Then, in 1984, they began writing and recording tracks for their sophomore album Night of the Blade, but problems arose within the band and original vocalist Alan Marsh was ousted, only to be replaced by a sleazy 17-year-old boy by the name of Vic Wright. Resuming the recording process with their newfound vocalist, the TOKYO BLADE band eventually shifted their sound towards the territory of glam metal.
Blackhearts & Jaded Spades is sort of a mixed bag; the first half starts off with pure hard rocking tunes (like Always and Dirty Faced Angels), but soon enough it transcends to total L.A. GUNS sounding balladry (like You Are the Heart, Undercover Honeymoon, and Dancing in Blue Moonlight) by the middle. It gets back on track with loud ‘n’ proud songs like Tough Guys Tumble, Playroom of Poison Dreams, and the title track. Check Lovin You is An Easy Thing to Do and Monkeys Blood. The former is bluesy as fuck + its got a HARMONICA solo for goodness sake! And the latter with its awesome speed metal debauchery. This album marked the bands full attempt (that sadly failed) at reaching to the top of the charts like so many other NWOBHM bands (DIAMOND HEAD, SAXON, DEF LEPPARD, GRIM REAPER, PERSIAN RISK, and RAVEN) to try and have a shot of glory at making it big in the mainstream music world. TOKYO BLADE attempted to reach the popularity level of bands like MOTLEY CRUE and IRON MAIDEN, but they failed. Personally, I think that TOKYO BLADEs music is not only more well-harmonized than MAIDENs, but they also did a damn nice job when it came to sex appeal (thanks to Vic Wrights nicely executed David Lee Roth style stage presence), which helped them along the way. So yeah, it is understandable that they wanted to try something that was new and popular at the time, so mixing their heavy NWOBHM sound with American glam metal seemed to be the working formula for their new sound (at the time). Unfortunately, TOKYO BLADE didn’t get that recognition…

Now, if I may devote the following two paragraphs below to two of my favorite TOKYO BLADE songs recorded for this album (Always and Playroom of Poison Dreams) Always is such a beautiful song. I know its true that this song does sound rather sleazy, especially the light-sounding chorus (which, lets admit — sounds like a typical DOKKEN chorus from their ’80s heydays), but there is so much more to this song itself, such as the heavy pounding drums at the breakdown of the chorus (courtesy of Steve Pierce) and the amazing guitar riffs (courtesy of shredders Andy Boulton and Josh Wiggins) which can decimate any typical ’80s established L.A. glam rock band, simply because TOKYO BLADE still carried on their hard rocking NWOBHM roots up to this point, thats why! Still, this song should serve as testament that it is possible to write songs about love, while still rocking out hard. Instead, this killer track gets ignored by the masses (including those who are big on glam metal), and only a few NWOBHM devotees such as myself know a thing or two about this bands greatness… its a damn shame not that many people have heard this glam anthem. Instead, they’re listening to bands like POISON!
Playroom of Poison Dreams is another classic track. Unlike the colorfulness of Always, however, Playroom of Poison Dreams is a slightly darker song, which comes of as very IRON MAIDEN inspired (think Stranger in a Strange Land from the album Somewhere in Time). I really love how Vic sings his heart out throughout the verses and the chorus, and how Andy Boulton plays a mean guitar solo right before the AWESOME sing along to end this wonderful song (and album, seeing as the only other track left to play after this would be the god-awful Monkeys Blood, but why would I want to listen to that song?). WOAH-oh-oh-oh-oh-oh-oh Did I already say this sounds like a MAIDEN song? Yep, I did.
If Always wasn’t included on this album, then certainly Playroom of Poison Dreams would’ve taken the cake for being the strongest track recorded on this album (in my opinion). Other honorable mentions definitely include Blackhearts and Jaded Spades, Make It Through the Night, Tough Guys Tumble, and Dancing in Blue Moonlight.

To sum it all up: Blackhearts & Jaded Spades is a total rocking classic.
Would I recommend you this album? Of course I would, but do the unforgettable melodic metal beauty that is Night of the Blade. You will not be disappointed by either of them! 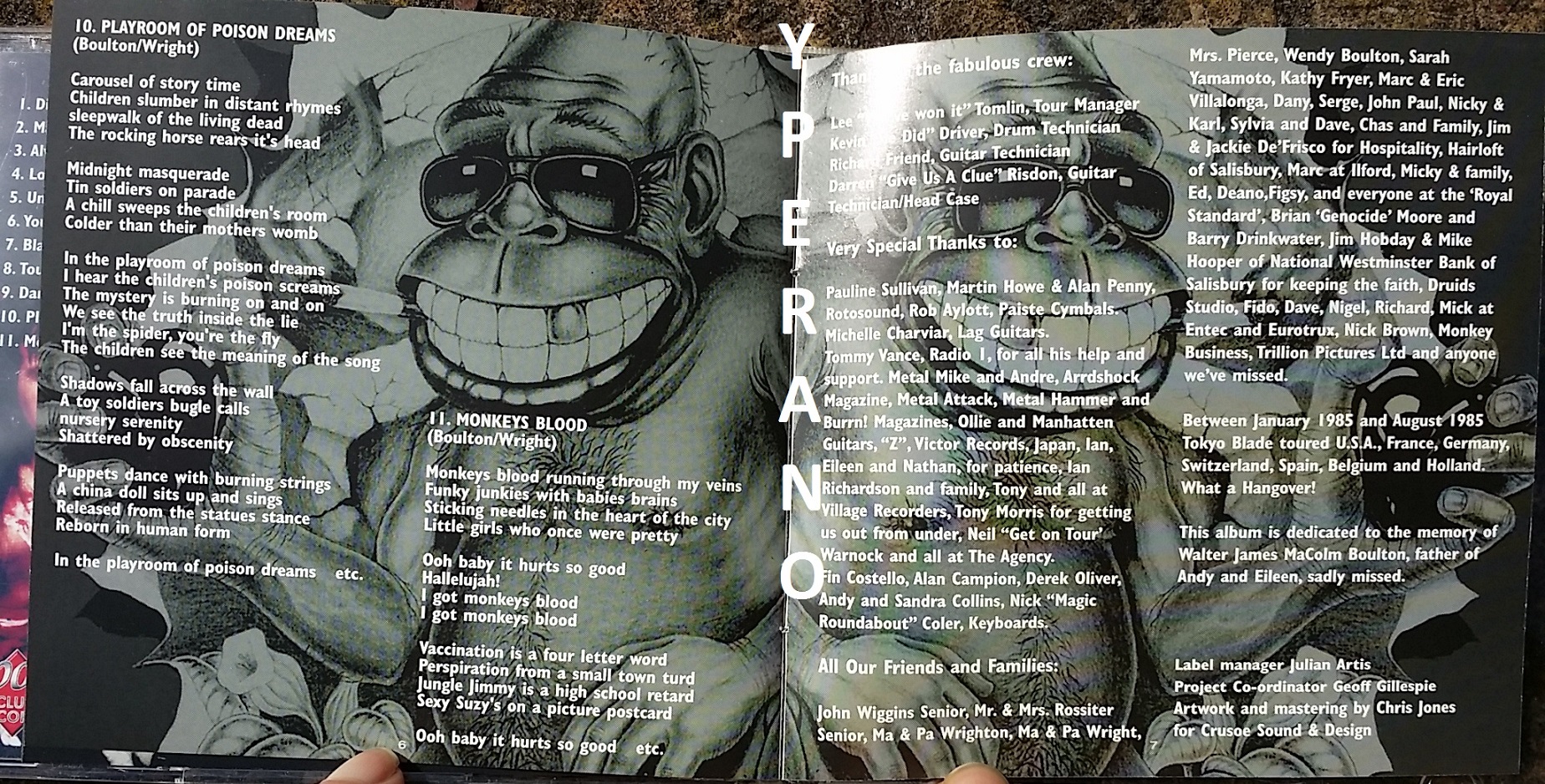 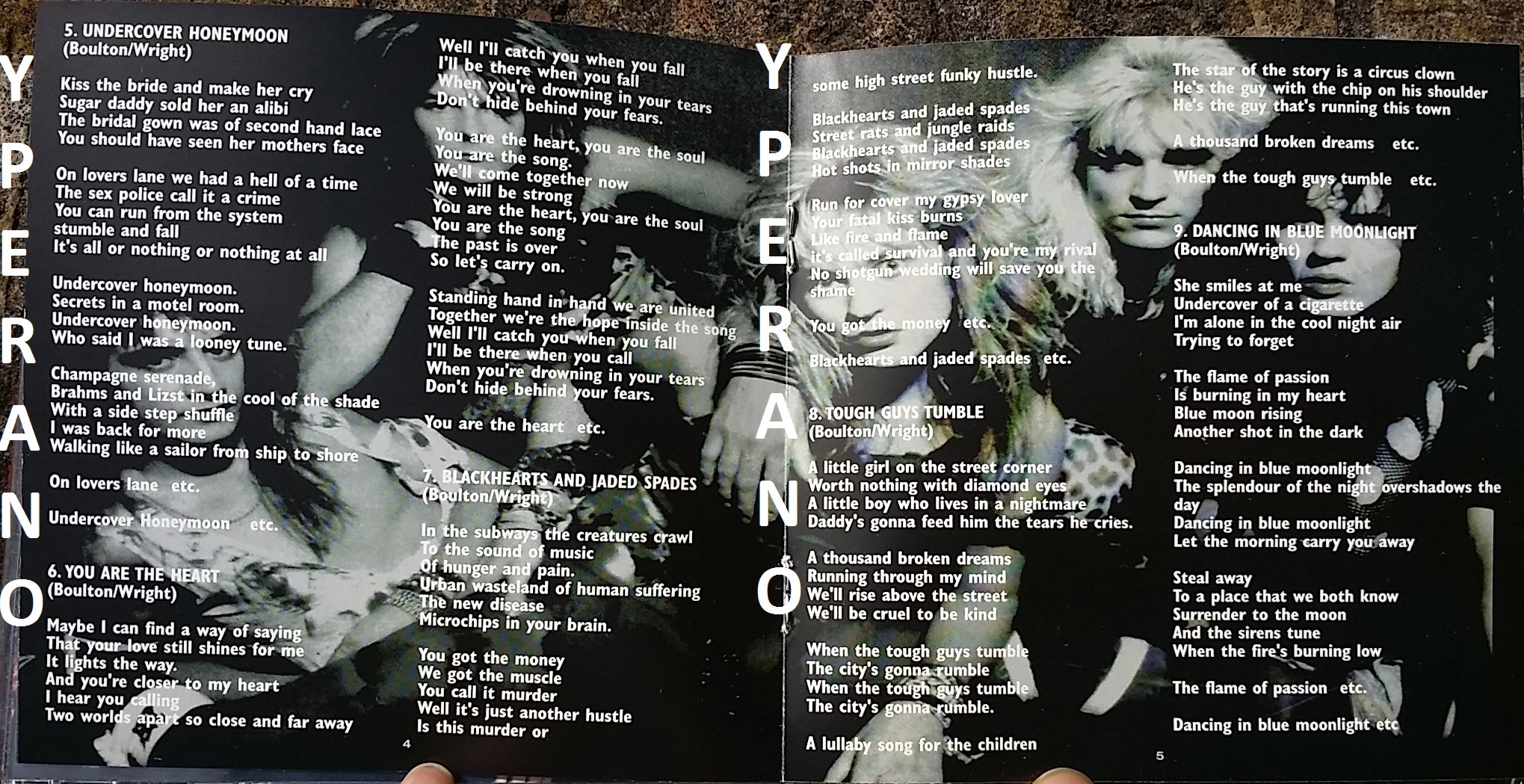 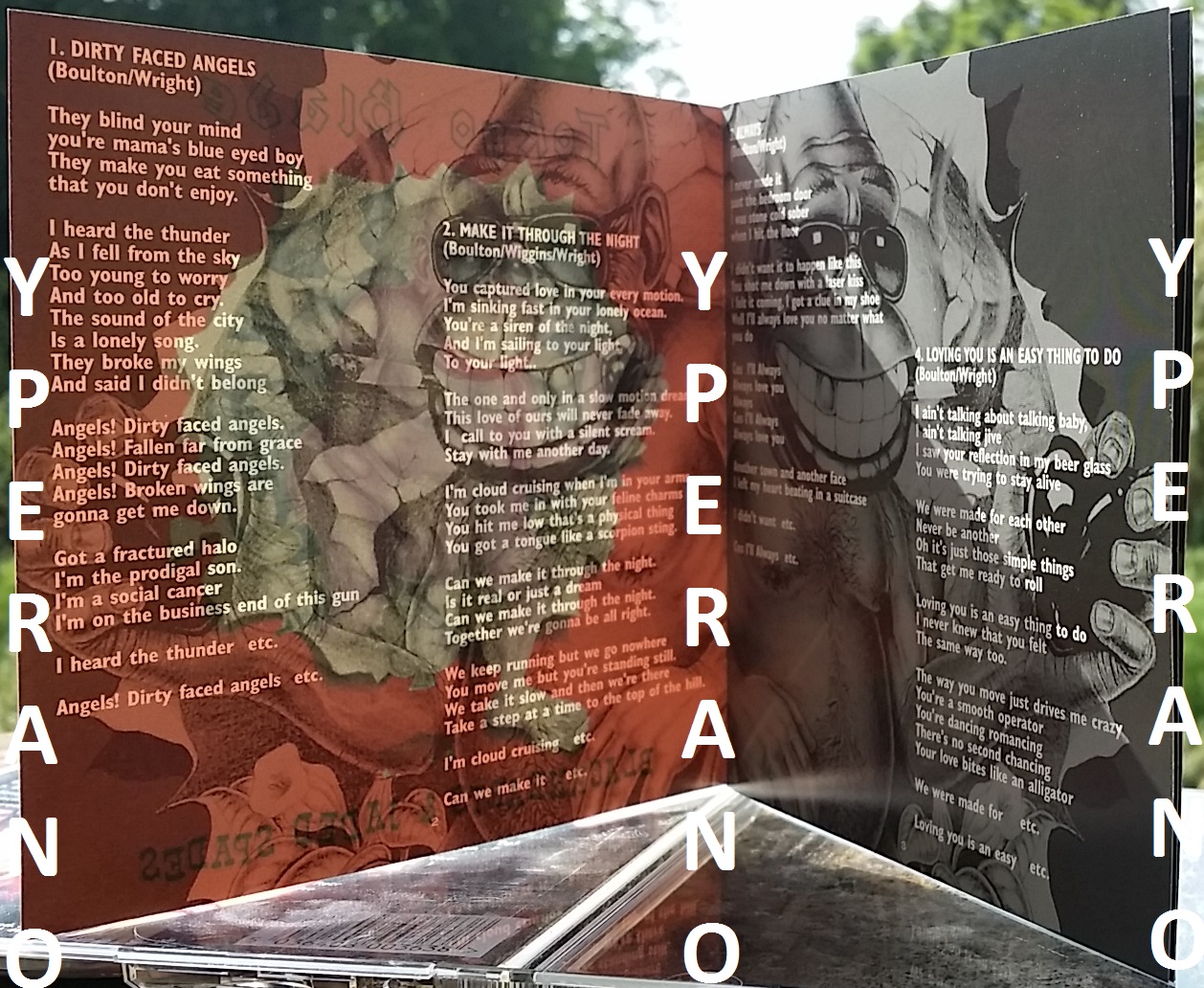