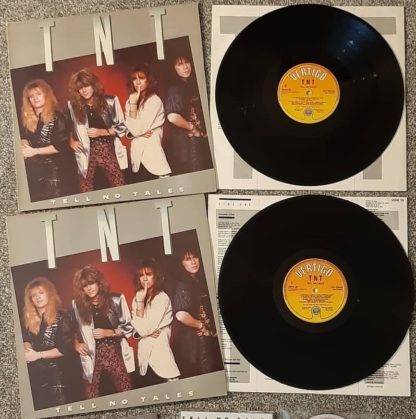 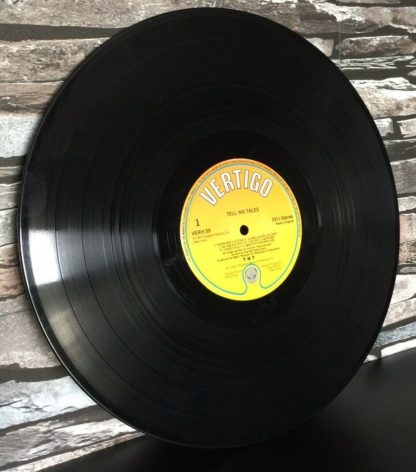 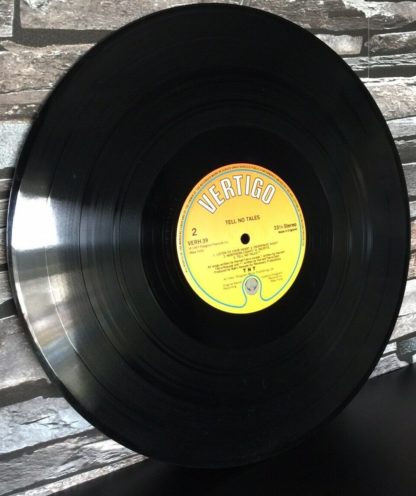 Tell No Tales is the third studio album by the Norwegian hard rock band TNT. It was the best selling TNT album in the US, according to their bassist Morty Black. 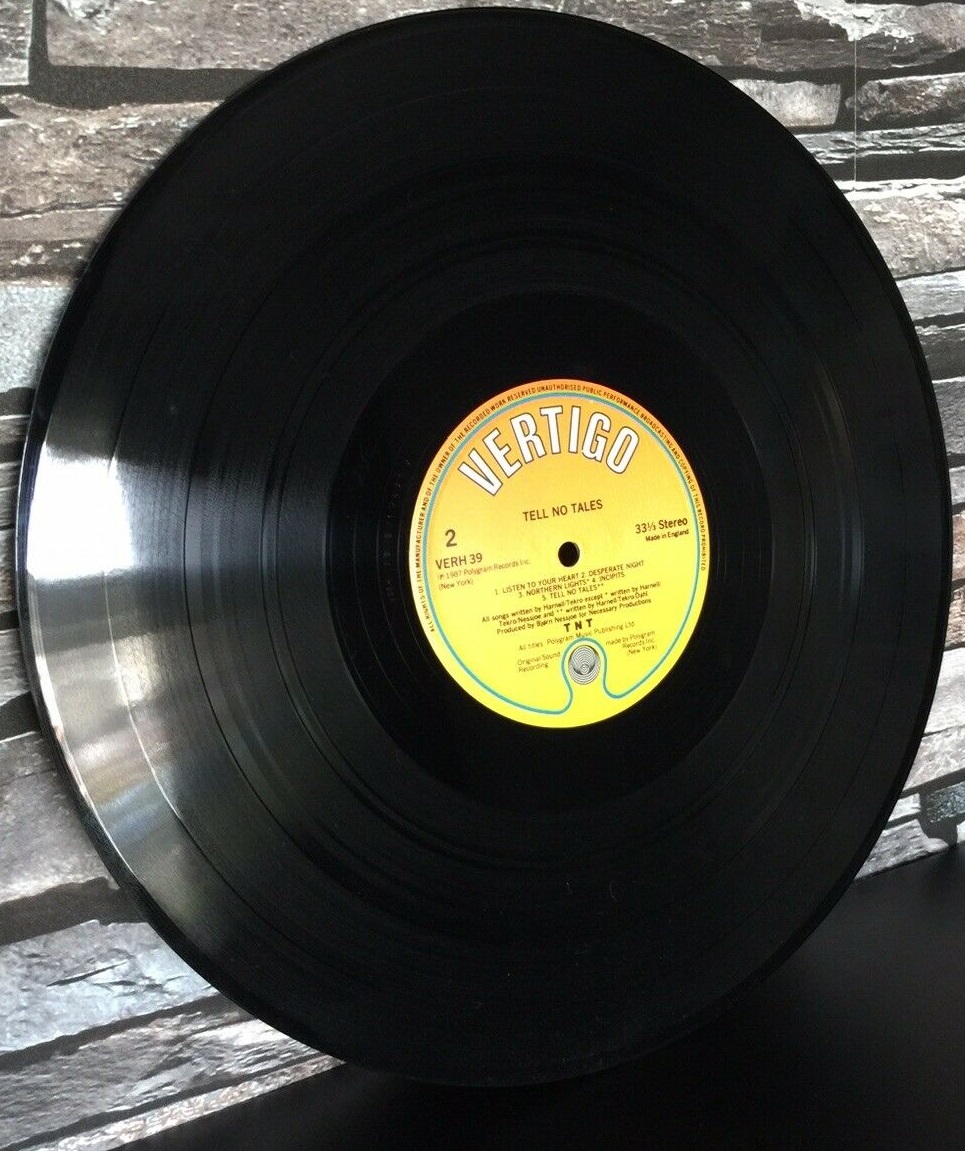 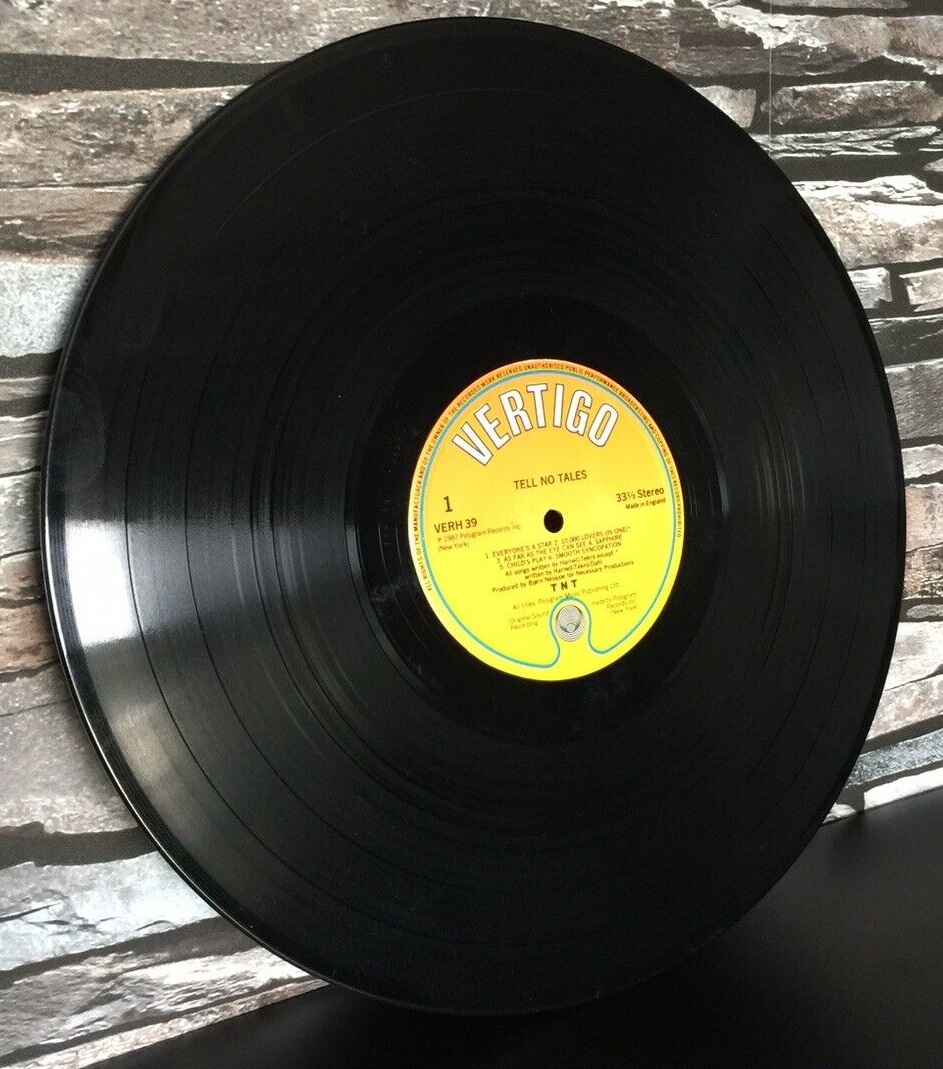 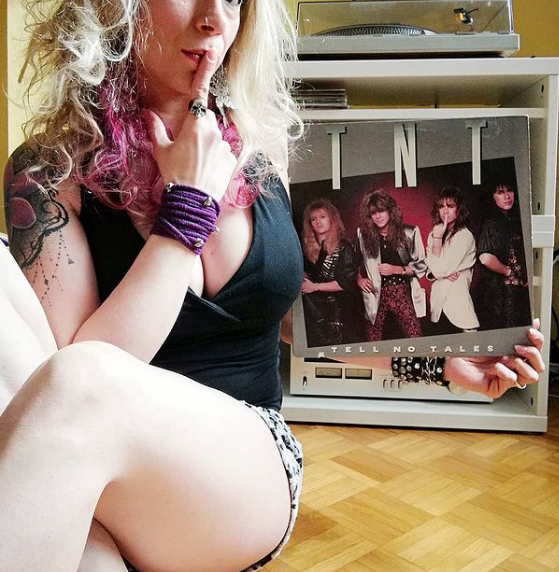 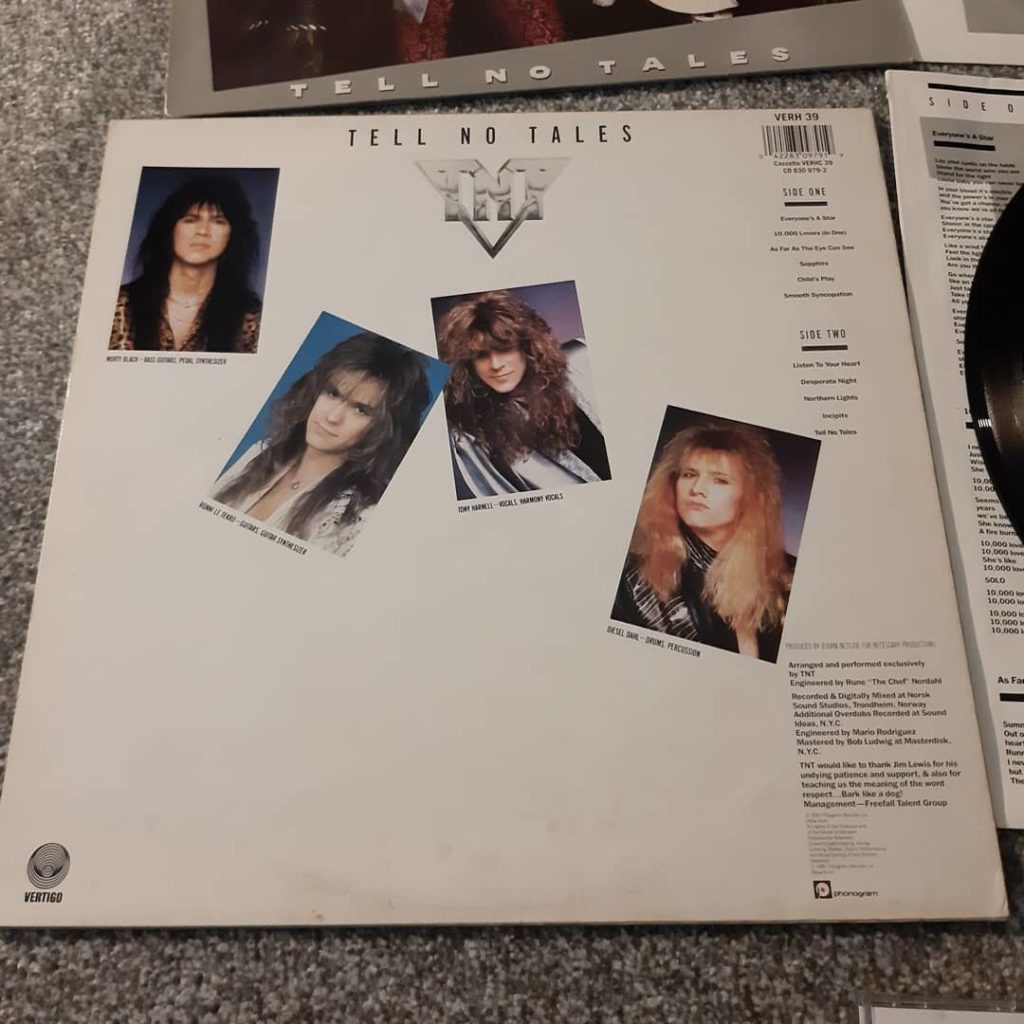 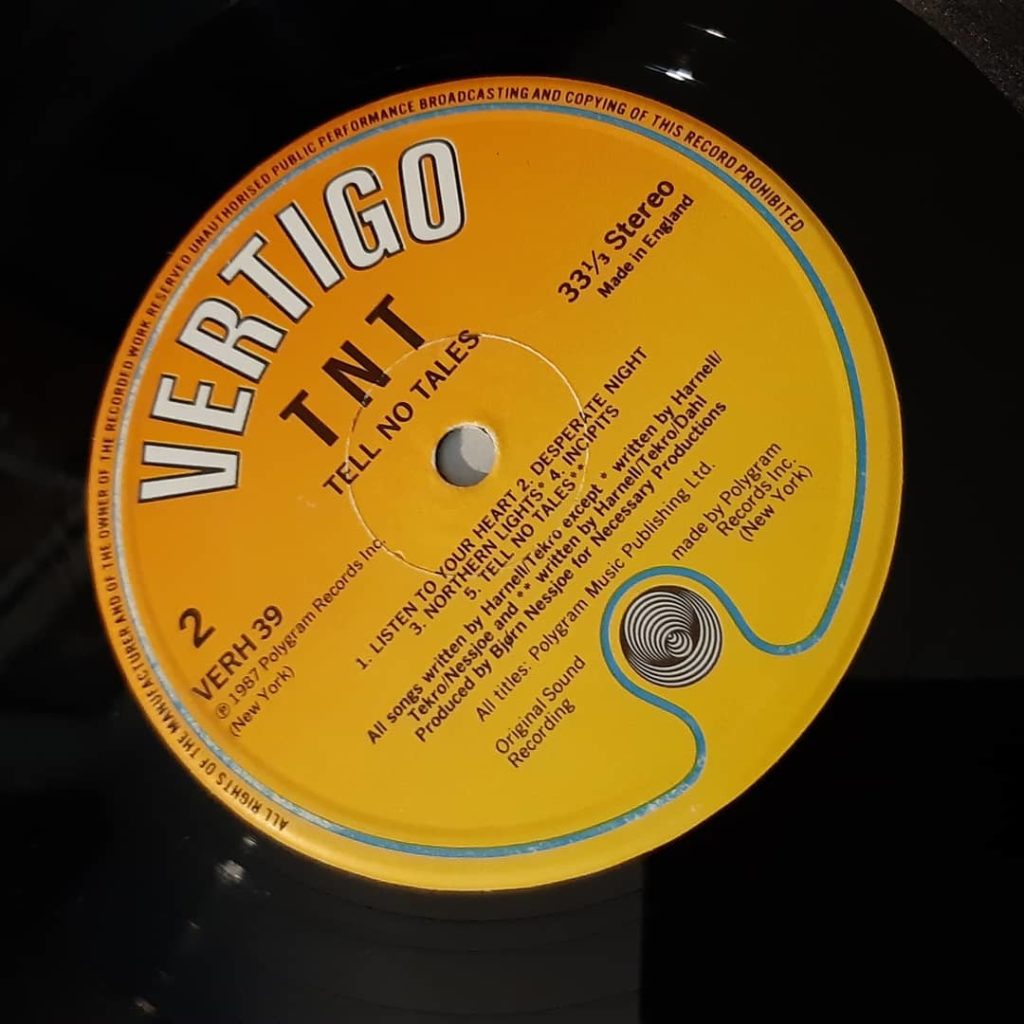 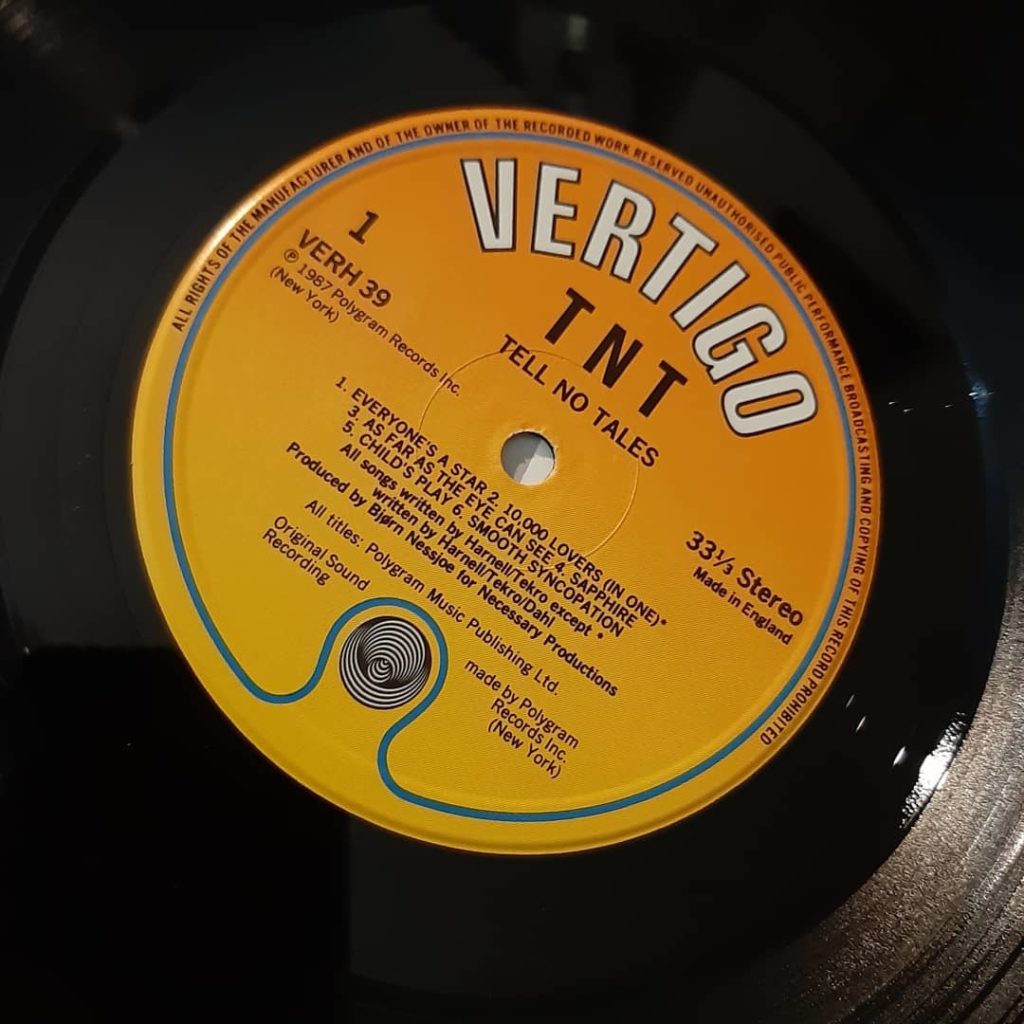 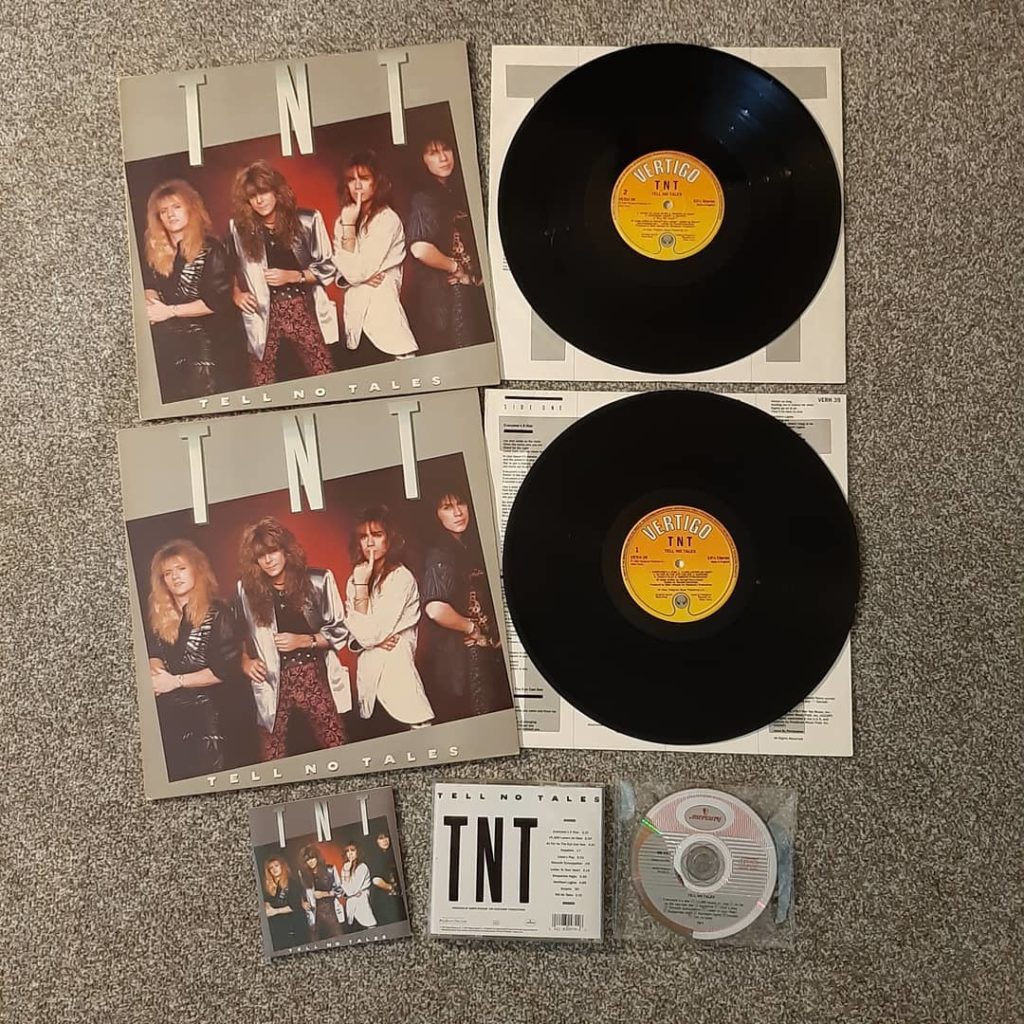 There are two different music videos for the song “Everyone’s a Star”. Apparently the band wasn’t satisfied with the first video, jokingly referred to as “pølsevideoen” (the sausage video), so they went to London and recorded a new video there.

+ (the sausage video) alternate version of the popular TNT video: 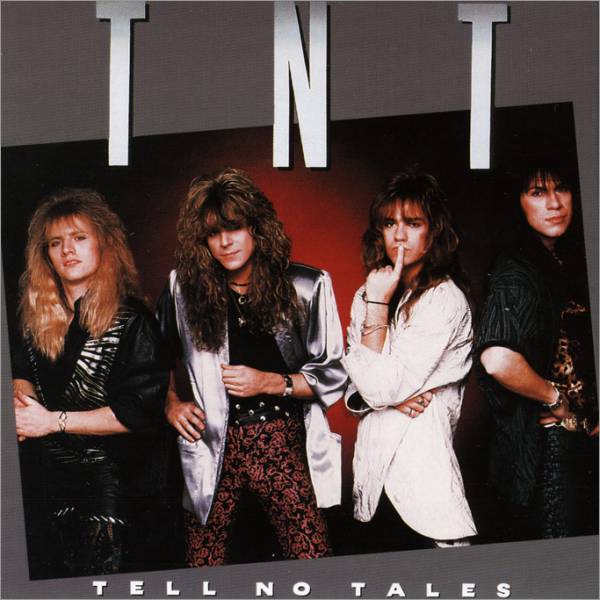 If you dig Dokken and Def Leppard, if you like the fiery histrionics of Yngwie Malmsteen’s ‘Trinity’ and ‘Eclipse,’ if you ever liked anything about TNT – and what self-respecting metal fan can’t find something to love about vocalist Tony Harnell and guitarist Ronni Le Tekro – you must add this album to your collection and put it into rotation immediately. This is a totally incredible, elite, beautiful slice of melodic metal mastery. No one has ever done it better. No, not even Dokken…

‘Tell No Tales’ (T.N.T., geddit?) kicks off on a pristine note, the one-two punch of “Everyone’s a Star” and “10,000 Lovers (in One)” showing a glistening, crystalline TNT emerging from and surpassing the myth-metal direction they could have gone in after the previous album. It’s all love and positive vibes and celestial cleanliness here. Catchy as the flu, too. There’s no denying how they totally own it on these two openers, as well as third track “As Far as the Eye Can See.” Glory. Glory. And more glory.

Then we get into the balladic side of TNT. “Child’s Play” is grandiose, and a rather excellent display of Harnell’s incomparable voice. The song stacks on the lush layers of sound the band were starting to slather on many of their compositions, and the Brian May-esque approach of guitarist Ronni Le Tekro is in keeping with the Queen-like studio approach that TNT display throughout this album. Later ballad “Northern Lights” is the ethereal flipside of “Child’s Play,” a step into pure AOR territory, and it’s undeniably beautiful. My only problem with this album is the appearance of two ballads. Had they held back one of these songs for a single, or the next album, this would qualify as a 100-percenter of an album. Commercial, super-slick, squeaky clean authority comes back with “Listen to Your Heart,” a track of considerable emotional weight.

So is there anything resembling ‘Knights…’-level power metal glory here? Absolutely. “Desperate Night” is dark and brooding, a mid-paced thing of epic stature, something Q5 would have proudly recorded for ‘Steel the Light,’ or something MSG never quite reached, but certainly hinted at many times–if you get my drift. Textured and layered, “Desperate Night” may indeed be the ultimate TNT track if you’re looking for serious epic metal within an unapologetic melodic foundation. Then there’s the title track: melodic speed metal like Dokken’s “Lightnin’ Strikes Again” plus “Til the Livin’ End” then amped up in precision and power. This song smokes. It has to be considered in any serious metal fan’s library of greatness. “Tell No Tales” decapitates with its sharp Le Tekro riffing and insane solo, topped by the incredible command Harnell has of his high pitched wail.

Segues such as the Paginini-on-acid “Sapphire” and haunting “Incipits” underscore the special, individualistic talent of Le Tekro. They also deepen the journey of this very special album. Just try to ignore the cover art. It’s enough to induce a gag reflex even in those of us who don’t mind ‘80s fashions. Its looks just do NOT match up to the superiority of the music itself, and I have to be a traditionalist and admit that I lament the absence of the classic TNT logo, which is relegated only to the back cover (which features more glamor shots of the boyzzz). Hey, it was 1987, what are you gonna do?

The gem of 80s glam metal! – 99%
I’ve heard alot of talk about fellow Norwegian band TNT. So I’ve decided to give them a listen. Since this was their most popular album, I’ve decided to start off with this album. Man, was I blown away by the awesomeness of this album. This has to be the best glam metal album of all time, or at least from what I’ve heard so far. It even beats Motley Crue’s Shout At the Devil, and that was one hell (haha get it?) of an awesome album. I don’t see anything wrong with this album, it’s pretty much flawless. That is if you are into the style of course.

First of all, the singer’s voice is amazing. He’s pretty much the big-haired version of Bruce Dickenson/Rob Halford. He has such high vocal range, and he sounds so emotional as well. He pretty much makes Tony Kakko (Sonanta Arctica) seem emotionless. He’s one hell of a singer, and he even pulls of falsetto very well without sounding annoying like the guy from Nitro. The other members pull their weight as well. The guitarists can solo like crazy, and they pull off some pretty damn catchy riffs.

The best songs would have to be the hits Everyone’s a Star, 10,000 Lovers in One, as well as As Far As the Eye Can See, and especially Listen To your Heart with that emotional yet still fun sounding chorus. Hell, even the two ballads, Child’s Play and Northern Lights are pulled off perfectly. Hell, there really isn’t a single song on here that isn’t worthy of mention. As I said before, this album is pretty much flawless.

If I could compare this band to any two bands, it would have to be Europe meets Poison. It has the emotional feel of Europe, yet also has the fun side of Poison which go together perfectly. I really wouldn’t recommend this to anyone who isn’t a fan of 80s metal/hard rock, but if you like Poison, Bon Jovi, Motley Crue, Europe, or pretty much any glam metal band form the 80s, you will absolutely love this album. It’s a flawless glam metal album, and thus it is certainly worth seeking out. This is an underrated album form an underrated band. Why I didn’t know about this band sooner, I’ll never know. 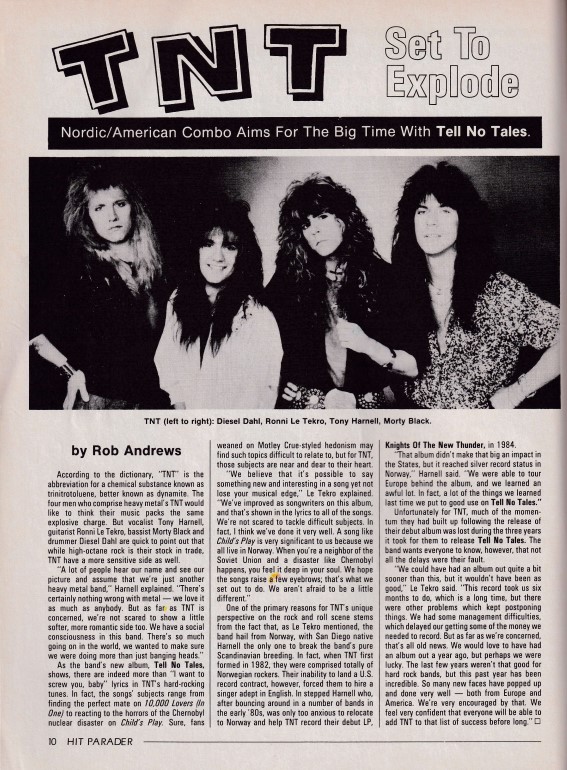 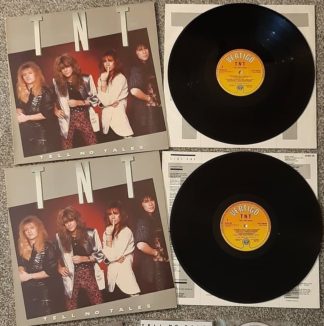