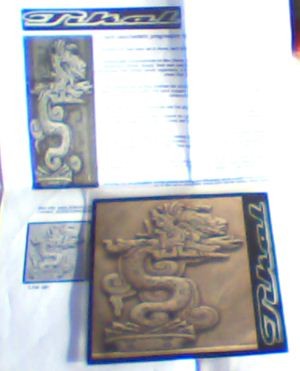 NOTE: Those links are working fine. Just select and right click to open in new window!!!!!

NOTE: Those links are working fine. Just select and right click to open in new window!!!!!

DAREDEVIL MAGAZINE (D) Roma 2004…four guys…one idea…making good music. Now it´s 2005 and the idea lives. When I read the bio I awaited something like Kyuss, but out came a sound which reminds me a lot of A Perfect Circle. Especially the guitarwork goes right in the vein of a Perfect Circle…a lot of breaks, but still groovy and straight in the face. The vocals are a bit like Maynard James Keenan with a Undertone of Jason Byers of Disengage. The sound of this Demo is really good too and goes straight forward. A really cool release of these four Italian guys and for Tool and A Perfect Circle fans definitely a cool alternative. Let´s have an eye on this guys in the future.

Ninehertz.co.uk by Pete Italian band Tikal state their influences as being Kyuss, Tool, King Crimson, Mars Volta and Area a fine, fairly varied mix of alternative rock and metal that cannot be argued with. The problem, however, isn’t with whom they are influenced by, more by how much – in particular the Tool factor. Tikal want to be Tool so bad from the brooding rhythms and slow build ups to the vocalist who sounds very, very like Maynard James Keenan, to the exact-fucking-guitar-sound. For the first two tracks, you wouldn’t have to stretch your imagination too much to believe you were listening to ‘Aenima’ off cuts left behind in the practice room before heading to the studio. Not that they’re bad songs they actually sound very good, and minus a couple of weak points, they ably mimic their heroes; second track ‘Non Graphic Tautology’ in particular sounding strong and memorable. The problem is, and I’m sure its clear already, what is the point? Sure, Tools album output is sloth-like to say the least, but they are masters in a field of one, and with no variation on the theme its going to take a lot of impatience from fans of the Americans to truly buy into this. Things do improve in terms of individuality over the second half of the demo third track ‘Oblium Intro Theme’ belying its named status as mere warm up for the proceeding track by offering the only distinct divergence from the main in its dreamy, spaced world reminiscent of a more sedate and less mantric version of Queens of the Stone Ages colossal spiders and Vinegaroons’. ‘Oblium’ itself reverts to type to an extent, but manages to actually merit the mentioning of the other influences listed above, giving the song a modicum of self purpose. Theres even a change in vocal styling at last the choruses sang in an almost Among the Living era Anthrax Joey Belladonna manner the variation benefiting the song. Despite all the negativity written above, this is still a more than decent demo that may be enjoyed by Tool fans Tikal are obviously a talented group, and they could be influenced by a thousand worse bands. However, to maintain any relevance at all, they’ll need to build on their own identity in the future if they are to progress in any sense.

The name goes back to TIKAL the Mayan culture, a city in what is now northern Guatemala, built and gave her that name. Borrowed and misused almost have the name of five Italians who make under the banner TIKAL for several years making music together. The Mayan culture is the band but also as inspiration for their works, the music itself is this fact not to listen. The four songs sound much more like those old days when rock music was established, and many a guitarist found out what a dubious noises you can get out of his instrument. TIKAL can therefore come up with guitar sounds and opulent also know to please with interesting rhythms. The opener> tramp ‘begins very sedate and acoustic instrumentation, while singer Alessandro very tearful and almost soothing sounds. The listener will not be able fairly soon to make acquaintance with a well-made rock song, because this is just to the opener in a row. TIKAL give here in full on psychedelic elements, so this is also the only song on this CD, which sounds relatively modern. > Non Tautology Graphic Oblium Graphic Non Tautology. ” Sometimes I do my intro in said animal noises from the jungle to have heard, but perhaps the acoustics were simply smoke from before too intense. The “main part” of Oblium starts but also somewhat psychedelic rock but then suddenly, bang away, like Jimi Hendrix and formerly quite brilliantly concludes this disc with familiar sounds, the sound but not frumpy. 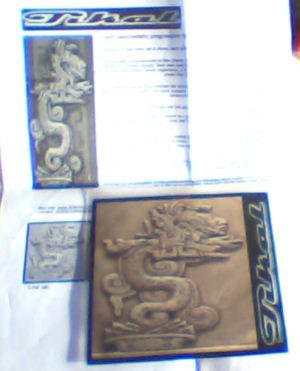