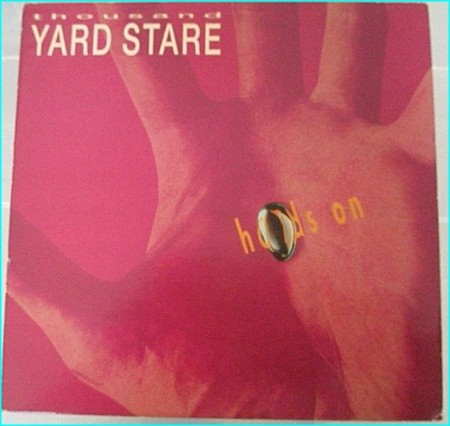 4.0 out of 5 stars Sons of Indie Dance
Thats how they were described when they came out. They were touted as the next big thing – and like so many before and since, never quite got there. This album is really energetic and full of screaming fast guitars. It also has its slower moments (such as Seasonstream) which have some really nice touches. Only Comeupance made a dent on the charts (number 30 something I think) – but it was by no means their best tune.

4.0 out of 5 stars Melodic pop-rock from the early nineties.
This 1992 debut album from Thousand Yard Stare contains the best tracks from their earlier extended play singles like Comeuppance, Weatherwatching and Seasonstream. The music is a delightful blend of jangling guitars, catchy riffs and lovely melodies. Although firmly rooted in rock, their melodic songs have a strong pop appeal that makes them stick in the mind.
The closest comparisons in my opinion are the UK group James and early Tom Petty, although Thousand Yard Stares overall sound is lighter and more bouncy than the latter. My favourite songs include the tuneful opening number O.0 a.e.t., Seasonstream with its rousing guitars, Nonplussed with its great harmonies and impressive guitar textures, Last Up First To Go with its nervous early nineties beat and Buttermouth with its hypnotic guitar lines.
Judging by the quality of the sound and the material on this album, I am surprised that Thousand Yard Stare did not achieve greater success. Hands On is a charming collection of tuneful pop-rock songs that linger in the mind long after the last notes have died down. Its more than ten years later but I’m pleased to have discovered this album.

4.0 out of 5 stars of its time
It was a crying shame that this band got lumped in with a lot of the more mediocre indie bands of the same era. However, a lot of this could have been down to their own making. This album showed glimpses of something more than their contemporaries.
Really good album though and full of good memories as a soundtrack to uni life in the early ’90s 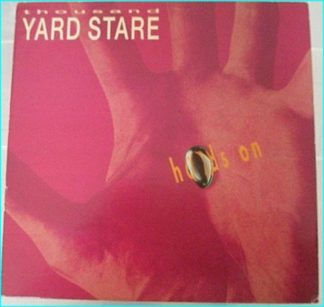