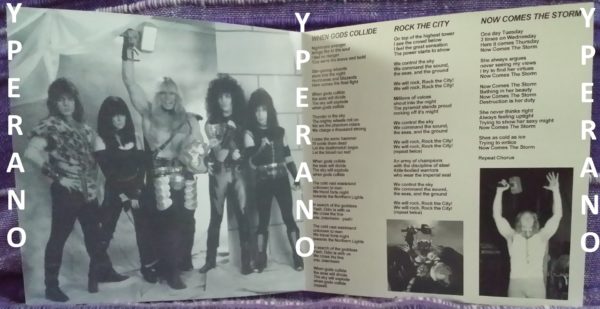 Boobs: Natural    /   Measurements: 38-24-36
Bra/cup size: G
She co-wrote the following 11 great songs, that are easily Thor’s best. Is this a coincidence?
THOR – Unchained: Death March
THOR – Only The Strong: 2045, Start Raising Hell, Knock ‘Em Down, Now Comes The Storm, Thunder In The Tundra, Hot Flames, Ride Of The Chariots
Jon-Mikl THOR – Recruits Wild In The Streets: Warhammer, Ragnarok, Lady Of The Night 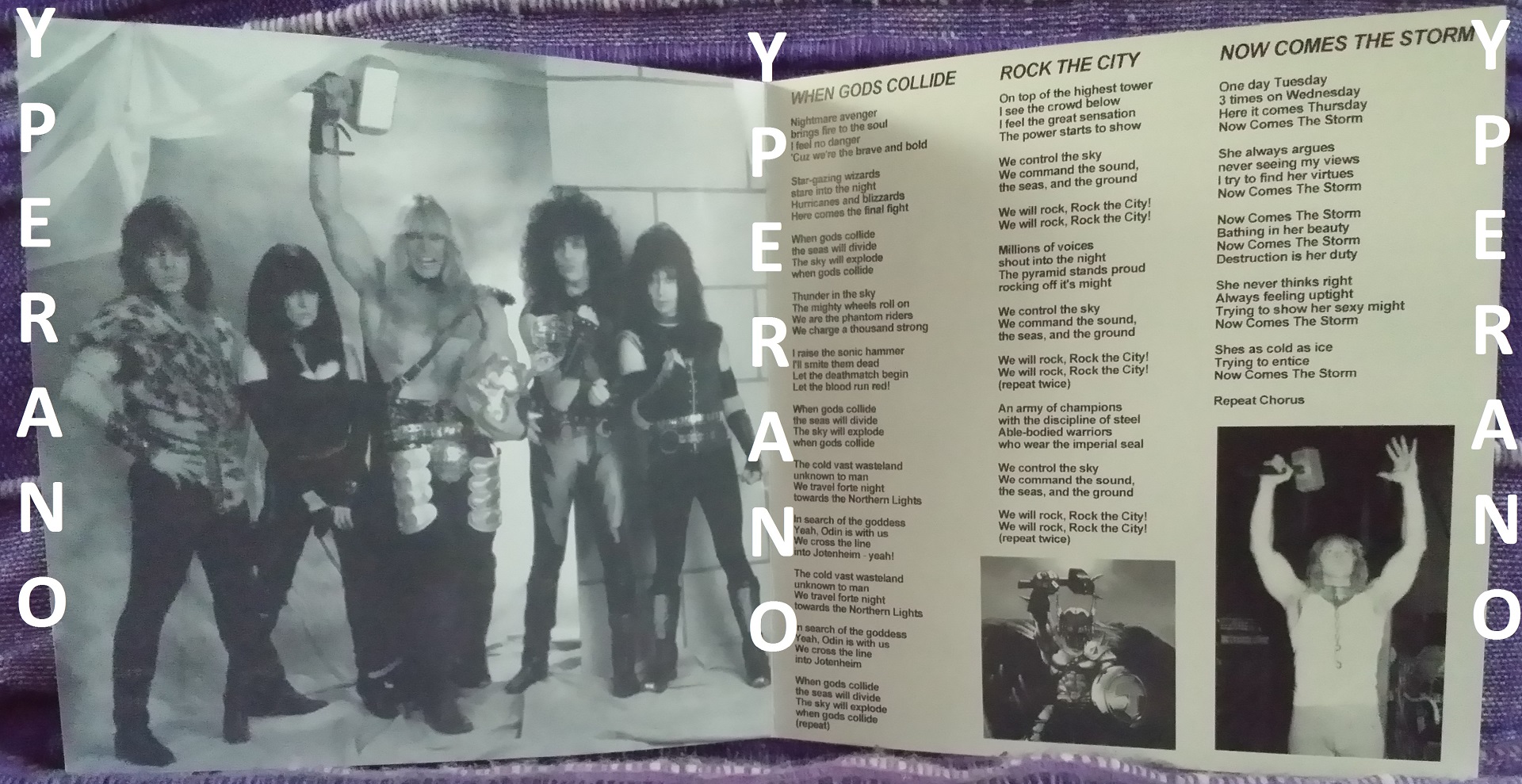 On to this CD then:

On the great track Let The Blood Run Red, Thor’s Jon Mikl Thor exclaims “How can I tell you (that) I’m better than you?”.  And it seems there were countless ways in which Jon Mikl Thor was indeed better than you.  Besides fronting the heavy metal band Thor, Jon Mikl was also a bodybuilder, sometimes actor, and all around magnificent son of a bitch with a very hot bitch (Pantera / Cheri Bomb / Cherry Bomb / Rusty Hamilton).  Jon Mikl Thor performed feats of strength on a nightly basis as part of his live act.  Blowing up hot water bottles and bending iron bars with his teeth were two of Jon Mikl Thor’s go-to crowd pleasers.

Yeah, Thor was silly as sh*t.  Jon Mikl Thor dressed the part of a mythological warrior, and delivered his “chest metal” lyrics with tongue firmly in cheek (I hope).  But Thor wasn’t a parody act; Thor played honest to goodness metal — sure to bring a smile to your toothless mug, and send you speeding off to Valhalla in a flaming chariot of fury!

Only The Strong is the best known album of Thor’s long career.  A fine hunk of mid-eighties scrap metal.  13 tracks comprise Only The Strong, and the absolute highlight of the album has to be Let The Blood Run Red.  Great lyric: “Let the blood run red, let them all be dead, all those who oppose the METAL AVENGER!”.  Yeah.  It’s that kind of album.  Comic book fantasy meets steroid-induced rage.  Step aside, all ye mortals.  Lest ye be tea-bagged in the name of METAL!  My score: A+

Very straight song structures mingle with simple melodies that you already can whistle along after the first listen. And still the album has that certain something. Like the headbanger “”Thunder On The Tundra”” or the faster “”Ride Of The Chariots”” are a welcome journey into the good old times, when Metal still was Metal, the girls were willing and beer was flowing in streams. Who would like to check this out first should try out the “”Let The Blood Run Red”” cover version of BEWITCHED (to be found on “”At The Gates Of Hell”).

check the following cover versions. All of them songs from this LP: