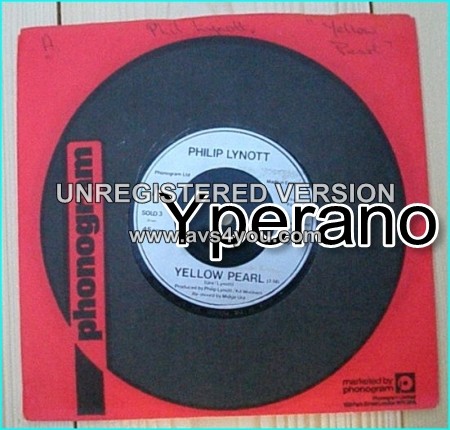 Lynott was a rock’n’roller who could think outside the box, and he proved it with Yellow Pearl, co-written in 1979 with Midge Ure, who was Lizzy’s stand-in guitarist before he joined Ultravox. What they created was a brilliant, off-the-wall synth-pop anthem that became the theme for long-running British TV show Top Of The Pops.

The song “Yellow Pearl” (1982), was a #14 hit in the UK and became the theme tune to Top Of The Pops. Then, the BBC used it for their rundown of 2015 “Sports Personality Of Year” Contenders!
He was a fucking musical genius, wish he had done more songs with this synth sound. Would have been interesting to see where it could have led cause this song is really good. This was a huge departure for Phil born out of his friendship with the multi-talented Midge Ure. Phil epitomised everything that was rock n roll….what a voice, what a look! Reunited with Gary Moore in rock heaven.

There are three 7″ singles with the same Catalog# SOLO 3, all with the same label information.
All versions are remixed by Midge Ure. However, the two silver injection-print label versions are as used for the theme to ‘Top Of The Pops’, which drops straight in. 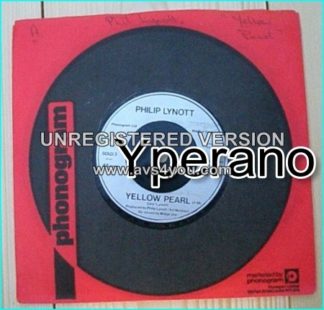