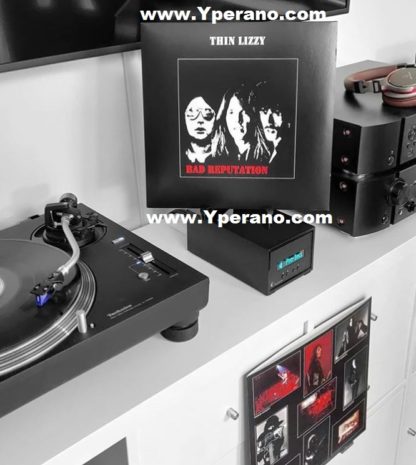 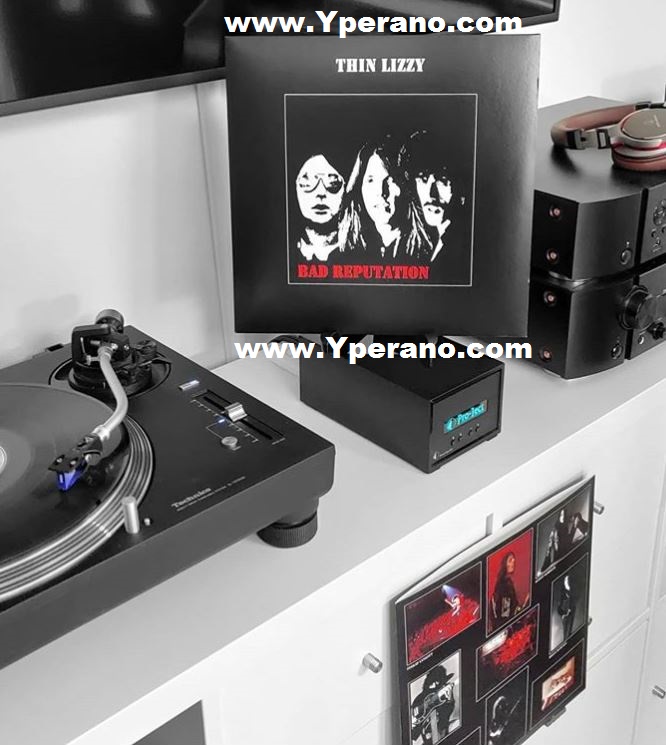 Bad Reputation is the eighth studio album by the Irish band Thin Lizzy, released in 1977. As the front cover suggests, most of the tracks feature only three-quarters of the band, with guitarist Brian Robertson only credited on three tracks. He had missed most of their previous tour, following an injury sustained in a brawl, and this album turned out to be his last studio effort with Thin Lizzy.

Hailing Bad Reputation as an improvement on the previous album, Johnny the Fox, Stephen Thomas Erlewine of Allmusic described the album as “leaner and tougher” than its predecessor, partly due to the influence of producer Tony Visconti. He claimed that Robertsons absence was not noticeable due to Scott Gorhams “double duty”, and that this was “pure visceral rock & roll, the hardest and heaviest that Thin Lizzy ever made”. He considered Bad Reputation as a rival to Jailbreak as the bands best studio album.

All songs written by Phil Lynott except as indicated.

Side one
A1 “Soldier of Fortune” 5:18
A2 “Bad Reputation” (Brian Downey, Scott Gorham, Lynott) 3:09 Thin Lizzy drummer Brian Downey says this his 2nd favourite Thin Lizzy song: “This song came about before we went to Canada (we had to get out of England at the time because of our tax situation, so Tony Visconti came up with the idea of going to Canada to record). It came together pretty quickly: lots of nice strumming in there. Phil left it nice and open, didn’t really arrange it too much, leaving lots of room for the drums, and it sounds pretty good to me.”
A3 “Opium Trail” (Downey, Gorham, Lynott) 3:58  https://vocaroo.com/i/s1ZCXL5tuprS  or  http://chirb.it/sOeFyx   or https://picosong.com/wuCGU
A4 “Southbound” 4:27

Singles From the LP: “Dancing in the Moonlight (Its Caught Me in Its Spotlight)” / “Bad Reputation” 29 July 1977

Cover versions:  Although it wasn’t released as a single, the title track became a live staple. A cover version of the song is a playable track in the 2006 music video game Guitar Hero II, and the Thin Lizzy version was featured in the soundtrack of the 2001 documentary movie Dogtown and Z-Boys.
The Foo Fighters covered “Bad Reputation” and released it on their covers album, Medium Rare. 24-7 Spyz also covered the song on their album Face the Day.
The Smashing Pumpkins covered “Dancing in the Moonlight (Its Caught Me in Its Spotlight)” for various live performances, turning the upbeat, overlayed melody of the original into a slowly-paced acoustic tune.
British indie pop singer-songwriter Diana Vickers covered the song as the first of several covers used as teasers leading up to the release of her second studio album.

On Jailbreak there was the classic Cowboy Song. Two albums later – in Southbound, from Bad Reputation – Lynott told a darker story of the Old West, in which a failed gold-rush prospector turns drifter, seeking a new life. It’s the saddest song he ever wrote, and he dug deep to sing it.

In September 1976, Thin Lizzy’s Phil Lynott and Scott Gorham attended Melody Maker’s annual Readers’ Poll ceremony in order to accept the magazine’s Best Newcomer award. Given that Lizzy had had their first UK Top 10 single [Whiskey In The Jar] three years earlier, and had just finished recording their soon-to-be-released seventh studio album [Johnny The Fox], the accolade rather bemused the two band members, but it reflected the extent to which Lizzy had broken into the national consciousness with that year’s Jailbreak album. The challenge now, for a group whose career had become punctuated with false starts, was to build on this momentum.

Lizzy’s manager, Chris O’Donnell, had identified Tony Visconti as the man to push Lynott’s band forward. The New York-born record producer was on a hot streak thanks to his work with T.Rex and David Bowie. And when O’Donnell read an interview in which Visconti had wondered aloud why Thin Lizzy had yet to record an album which matched their live power, the manager reached out to him to see if he might be interested in remedying this situation. It was agreed that Lynott and Gorham would call in on the producer at his Good Earth studio in Soho, London following the Melody Maker awards, to present a new batch of demos earmarked for Lizzy album number eight.

“It was such an important album to us,” Gorham says now. “Because of all the adversities that we’d been going through, we had to pull this together or we were going to go down in a ball of flames.”

Required to record outside the UK for tax reasons – a by-product of their enhanced ‘rock star’ status – Thin Lizzy arrived at Sounds Interchange Studio in Toronto, Canada in May 1977 on a high following a US arena tour supporting Queen.

With guitarist Gary Moore having quit the band for a second-time, and long-time guitarist Brian Robertson still exiled following a bar fight which had forced the cancellation of a previous US tour, Lynott had decided that his group would record their new album as a three-piece, with Californian Gorham playing all the guitar parts. (In the back of his mind, Lynott had the idea that friends such as Brian May, Jimmy Page and Ritchie Blackmore might make guest appearances, but this fanciful notion never came to anything.)

One week into the recording, it appeared that Lizzy might not just be down a guitar player, but also a producer, when Visconti threatened to leave the session, telling O’Donnell: “I can’t work with these guys. They’re falling down drunk.” The manager duly flew to Toronto to salvage the situation and to convince all involved that they were working on something special. “It’s a great record, it’s fantastic,” said O’Donnell. “And by the way, that’s the single – Dancing In The Moonlight.”

A jazzy, swinging, finger-snapping tale of teenage romance on the streets of South Dublin, the centrepiece of what became the Bad Reputation album was initially presented to Scott Gorham and drummer Brian Downey as just a simple bass line, Gorham recalls.

“Phil said: ‘I’ve got this kinda groove… What do you think?’” says Gorham. “And I said: ‘Yeah, that’s pretty cool. I like that.’ I had another groove in my head that was different than the way he was presenting it – mine was tougher, whereas his was more ‘skippy’. But he was pretty adamant that the way he was presenting it was the most commercial approach. I said: ‘Okay, I’ll go with your way, you’ve been right in the past.’”

Despite initial concerns about working without his long-time foil Robertson, Gorham adapted quickly and thrived, his West Coast harmonic sensibilities bringing a lightness of touch to Lynott’s new composition, adding colour and shade without ever threatening to overpower the central bass riff.

The producer’s stroke of genius was to bring in Supertramp saxophonist John Helliwell to provide the irresistible melodic counterpoint to Lynott’s breezy vocal.

Dropped into radio playlists at the height of punk rock in the summer of ’77, (as a double A-side seven inch backed with the album’s title track), Dancing In The Moonlight carried a twinkling sense of nostalgia, playfulness and innocence gleefully out of step with the times.

“It seemed like a big gamble, and we did wonder what the fans were going to think, because it was way different from anything else that we’d brought out,” says Gorham. “Thankfully they absolutely loved it.”

A Top 20 hit in the UK, Dancing In The Moonlight helped propel its parent album to No.4 in the UK (their highest placing to date) and put them back in the US Top 40. It would become a high point of the band’s live set, immortalised the following year on the magnificent Live And Dangerous album, and remains central to the Thin Lizzy live experience almost four decades on.

“It’s definitely one of our coolest songs,” says Gorham. “The first time we played it [live] you could see everyone singing along, so we knew it had connected. It’s a song that taps into the idea that everyone has of Phil – this romantic, cocky character – and it’s come to be a definitive Lizzy song. I guess he was right about that arrangement… though my way would have been just as cool.” 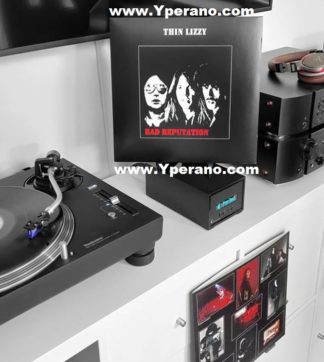