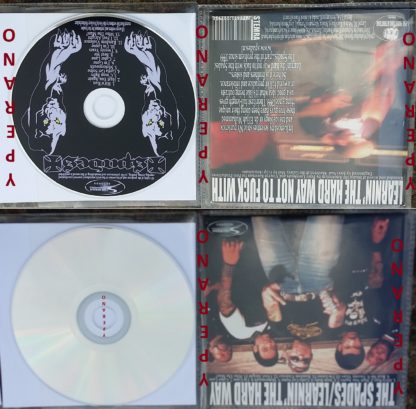 Hi octane rock and roll. Another outfit from the Netherlands.
File under: Motorhead, MC5, Dead Boys, The Hellecopters

::::
THE SPADES
Straight out of the gutters from Eindhoven Rockcity Area in Holland….The Spades!!

They look like the good old mean m*therfuckers from the Afro American cult band Bad Brains. But they sound different. Though there’s absolutely some vulgar punk & hard rock influence in their music, The Spades are more specialised in producing a sleazy, greasy, uncompromising loudmouth hard punkrock ‘n roll sound. The Spades are not an average band. Neither they’re manufactured by some square and trendy asshole from the marketing department of a major record company. The Spades are for real. The only reason for their existence is their unstoppable urge to let out all of the frustrations and humiliations life gave to them. And frustrations there were… Their past is one of trouble. Trouble in school, trouble in the neighbourhood and – especially – trouble with the strong arm of the law. Almost all of the band members did some time for minor crimes like stealing cars for joyrides and selling small amounts of hard drugs. Thanx to the humane Dutch policy regarding juvenile delinquency, they were let out of the state penitentiary in just a few months and were given a chance to avoid falling into evil ways again.

From that moment on, the bad boys figured that they’d better use their energy for rock ‘n roll instead of taking the risk of doing time in prison again. Denvis Wankalot and Handsome Dick Spade founded the band back in the late nineties and debuted with a legendary mini-CD Friday Night on the notorious People Like You label in 2001. But the A&R-guys from Suburban Records (home for a.o.Peter Pan Speedrock, also from Eindhoven Rockcity) attacked as fast as sharks and persuaded the negro guys to sign up for Suburban Records, which they wisely did. In the spring of 2002 they released their groundbreaking first longplayer called Learnin’ The Hard Way. With this album they opened up eyes in the music media that had been shut for way too long. In the Benelux, the rock press reacted immediately to this release.

In the winter of 2002 highly acclaimed guitarist Tony Slug (a.o. Hydromatics, Nitwitz, BGK) joins the band. 2003 starts off great for the band with a memorable show during the Noorderslag-festival blowing all the others performers of the stage. After a successful tour of Germany with the legendry band the UK Subs, the band sets of for the US of A in march 2003 where they played the renowned SXSW-festival in Austin Texas and a few dates on the west coast. This leading them up to Seattle, where they recorded the EP “The Seattle Sessions” with nobody less then Jack Endino (he was the producer of Nirvanas Bleach). The recordings went really well and the band was satisfied with the result. They had all reason to be satisfied because the four songs recorded are the best Spades songs to date. When they were in the studio recording the album Mark Arm van Mudhoney came by to visit and the band forced him to help . They did this by forcing him to play the piano and do the back-up vocals for the song “You Had It Comin’ ” .

As flagship the Seattle sessions has been released on double 7-inch vinyl next to cd. The 7-inch double vinyl has beautiful artwork what is a parody on the legendary album cover of Judas Priests live-album Unleashed In The East). The vinyl release of this album is of course limited to only 500 copies.

The Seattle Sessions was officially released at the Lowlands 2003 festival, where the band played an excellent show and where the winners of the competition lowest of the lowlands. To top this all of Suburban records and the American label Go-Kart reach an agreement about Go-Kart Records licensing Learnin ‘ The Hard Way for the America market. With that deal under the arm the band is planning on concurring the world! 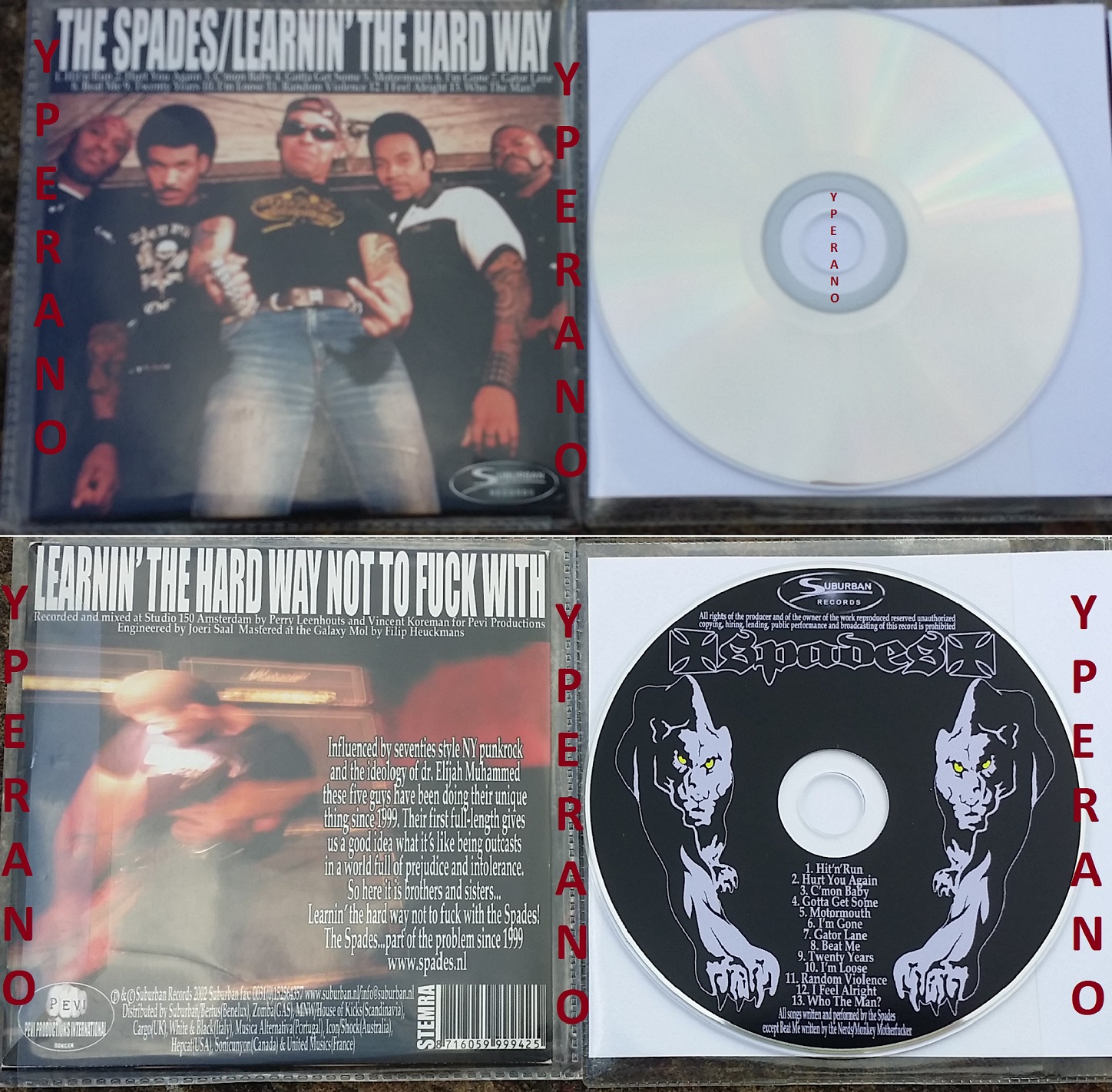 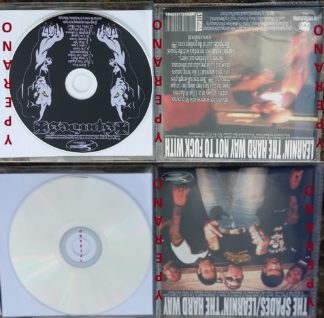