The Space Cowboys may be the latest and possibly the greatest band to blast their way out of Gothenburg Sweden… “Dead End Streets & Devils Night” has thirteen tracks of raw, fuel-injected, high-energy punk rock n’ roll.

Recommended if you like:
Iggy Pop
New Bomb Turks
The Hellacopters
The Stooges

KICKING UP MORE DUST THAN A TORNADO IN THE SAHARA, DANIEL, ROBERT, PATRIK AND PETER ARE THE SPACE COWBOYS – THE LATEST AND POSSIBLY THE GREATEST BAND TO BLAST THEIR WAY OUT OF GOTHENBURG SWEDEN.

Way back at the end of ’96 these three wayward teenage miscreants inspired by their collection of Motorhead, Ramones, Kiss, Iggy and The Stooges and Dead Boys records picked up their guitars.

Three years later claims seemed less outrageous when they released their first E.P. “Striptease” – four slabs of high octane teenage energy and aggression – these boys meant business. The international circuit of punk rock’n’roll labels and ‘zines was soon buzzing about THE SPACE COWBOYS as labels in the U.S.A., Australia, Spain, France and Austria all dived in and made releases by the band – all of which sold out or went to re-pressings very quickly.

Labels were well aware of what the band was up to and a plan was hatched to offer the band the chance to release their debut full length album – the deal was quickly done and meanwhile the band continued to build its worldwide fan base that saw last years singles “Straight To Hell” (Pitshark Records / France) and “Alright Now, Get Ready” (Glazed Records / U.S.A.) both get 4K reviews from Kerrang and the latter also found its way onto John Peels radio show.

Their “Rollin’ Sixes” mini-album (Safety Pin Records / Spain) also received great reviews from Kerrang, Metal Hammer and Rocksound here in the U.K. and throughout mainland Europe they were creating the same sort of clamour at their live shows as fellow Swedes The Hives, The Peepshows and Puffball. “HIGH ENERGY RACE” is an album so hot it will blister paint – its fast, raw and almost untamed primordial rock’n’roll with a nod in the direction of Detroit mixed with that plundering Viking edge they share with so many of their countrymen. Their youth brings a new edge to “the old dog” people said could not learn any new tricks – rock’n’roll has discovered a whole new set of thrills, energy and passion and THE SPACE COWBOYS have them all. After two years the band finally land a record deal in America. Sonic Swirl Records signed them in a heart beat. The band spent most of 2005 writing & recording their new album. They came up with a monster of an album titled “Dead End Streets & Devils Night”. Thirteen tracks of raw, fuel-injected, high-energy punk rock n’ roll. All killer and no filler! “Dead End Streets & Devils Night” is filled with 70s style guitar leads & solos added with an in your face punk rock attitude. Rocks as hard as the first couple of Hellacopters releases, raw & tough like old school New Bomb Turks and the energy & volume of Iggy Pop & The Stooges. “Dead End Street & Devils Night” will leave wanting more! 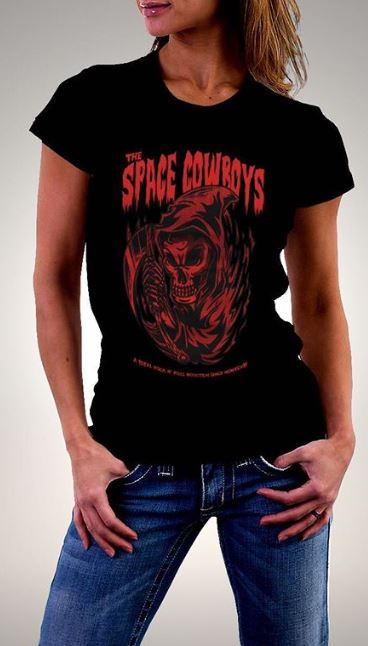 I’d give this CD a 10. Excellent band & awesome music. Not one bad track on this CD. If you like “action” rock then pick up this CD. Another killer band from Sweden!!!