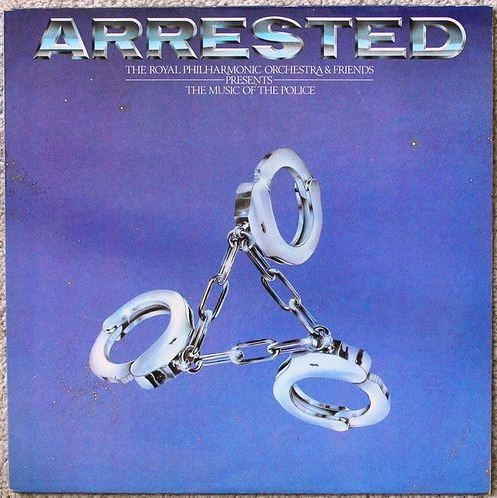 Tony Harding and Stuart Taylor conceived in 1983 the idea of a symphonic tribute to the Royal Philharmonic Orchestra at the most influential British band of the time, The Police (the trio consisting of Andy Summers on guitar, Stewart Copeland on drums and Gordon Matthew Thomas Sumner , aka Sting on bass and vocals). And in charge of making orchestral arrangements and conducting the orchestra was Don Airey (who also composed the theme who named the album, ” Arrested “, as a tribute to the band) who had done similar work with the album” Variations “by Andrew Lloyd Webber and had been a sales success.

The Police had already released most of their legacy, the magnificent debut with ” Outlandos d’Amour “in 1978,” Reggatta De Blanc “the following year, the excellent” Zenyatta Mondatta “in 1980, ” Ghost in the Machine “in 1981, the excellent ” Synchronicity “, before their separation. The band was punk rock (or post-punk, as preferred) and new wave but from there, and thanks to the virtuoso skills of its members had evolved to a much higher level, incorporating a lot of reggae, jazz and different other styles here and there, creating an irresistible pop mixture that resulted in a series of big hits with singles such as ” Roxanne”, ” Message In A Bottle”, ” Do not Stand So Close To Me “and” De Do Do Do, De Da Da Da “, all included in this tribute.

Good symphonic start an overture, composed of a classic combo: “Overture: Reggatta de Blanc / Spirits in the Material World / Be My Girl “. Don Airey with synthesizers and orchestra are the participants, greater participation corresponds to the winds and percussion section Philharmonic.

“De Do Do Do, De Da Da Da “, Chris Thompson, Richard Bailey, John McKenzie, Keith Airey and Robin Le Mesurier are the” friends “who accompany the Royal Philharmonic and performed this version fairly straightforward and similar to the original. Fine arrangements of the instrumentalists.

“Released / Every Little Thing She Does Is Magic “, Raff Ravenscroft and Don Airey with sax and jazzy piano, then the orchestra version becomes very Caribbean, with the inclusion of John McKenzie, Richard Bailey, Chaz Jankel, Raymond Simmons and Gerald Ruddock, the theme tune appears on the occasions when Airey and Ravenscroft appear between the orchestra and its climate of rumba. Then its time for the classic of classics from the band,

“Roxanne “into a full orchestral version of extreme delicacy with Robert Cohen commanding the cello masterfully.

“Truth Hits Everbody” more hard theme of the album, with the band starting with a crescendo and then a rocker pace with the entry of the band (a real luxury, with Ian Paice, Graham Bonnet, Neil Murray, Gary Moore and Don Airey), pristine sound with demonstrations of musicians though perhaps a bit off the rock to the symphony.

“Arrested” is a song written by Don Airey for the album, with Paice, Gary Moore and John McKenzie (excellent slap bass) is more attuned work between both parties (orchestra and band) genial Moore on viola.

” Message In A Bottle “, for this (perhaps the biggest hit of The Police) we get Ian Paice, Roy Wood, Neil Murray and Gary Moore (again masterful), a version very similar to the original, with the orchestra engaging in Wood wonders and at times seeming Sting.

“Invisible Sun “, again the trio Paice-Moore-Airey, plus the contribution of Kimm Goodys voice (or voice accompaniments it is almost instrumental), a very good and very rocky version.

” Walking On The Moon ” excellent arrangements made ??with the melody and rhythm, with Peter Auty in the voice and Airey. The contributions of the orchestra are accurate and emotive.

” Do not Stand So Close to Me / Finale “begins with voices of children playing while the orchestra begins to show the melody, then Chris Thompson makes an appearance singing in great shape, the orchestra again this excellently coupled (large Don Airey achievement in music composition) complete the formation McKenzie, Bailey, Stuart Taylor and Don.

In conclusion:
Very good album, but only for those who like this type of work, fans of The Police and Deep Purple, and collectors in general. 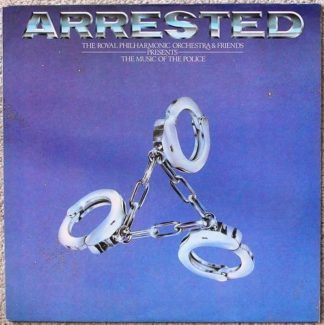