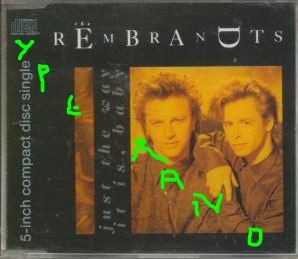 “Just the Way It Is, Baby” is a 1991 song recorded by American pop-rock duo The Rembrandts. Released under Atco Records label, it was the first single from bands album The Rembrandts. It first appeared on the Billboard Mainstream Rock Tracks Chart in 1990, then became a top ten hit one year later in France where it remained charted for 16 weeks, and Austria. It was a moderate hit in other European countries and Australia. The song is generally deemed as the bands first big hit.

The song is sung in a first-person narrative about a mans relationship with a woman who does not reciprocate his inherent feelings, and regards their sexual encounter is nothing more than casual. The songs title reflects the womans response to the mans unspoken questions. Later in the song, the woman realizes her mistake and returns to him, trying to mend fences, only to find that the man has moved on and has no feelings left for her, turning on her with her own words.