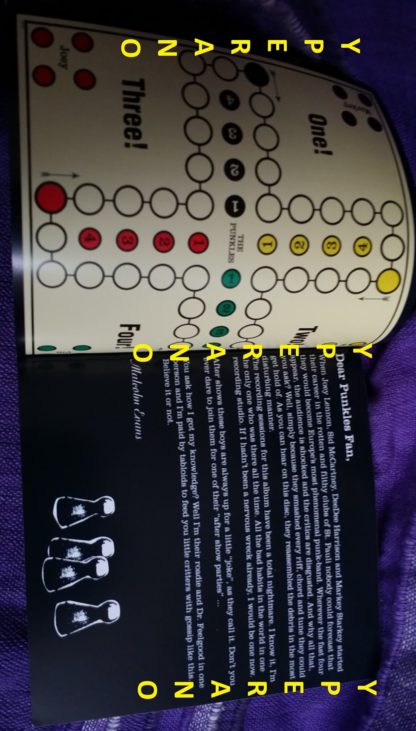 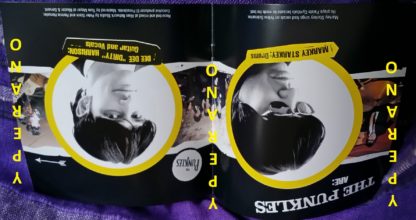 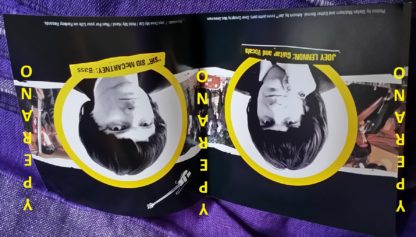 With their second attack on Americas most cherished traditions, The Punkles bring The Ramones’ “fill every space with sound” guitar approach and doo-doo-chi-doo drumbeat to 3 With The Beatles tracks, 2 each from Help!, Rubber Soul and Revolver, and 1 each from Please Please Me, A Hard Days Night and For Sale, plus 3 singles and even a solo John Lennon hit. No other Punkles album features such a wide range of source material! And for this reason, I award Punk! the coveted Mark(R) Prindle(TM) Award for Best Album By Band (Category: Punkles). Also, secondarily and of little importance, its good.

Yes, 16 songs in 27 minutes is what you’re “hep” for in “your bag” of “groovy” “can you dig it” today – 13 Beatles originals and 3 covers, for a total of 16 Beatles covers. I will angrily point out the records two artistic decisions with which I disagree, and then we can get back into enjoying the phrase “kicks ass” a bunch of times again.

The second foul decision was to not ask the singer to redo his “I’m Down” vocals so that they’re anywhere near the correct notes.

To get a feel of sort of dipping your toe in the water of The Punkles, imagine in your head right now what it might sound like if The Ramones had a more gravelly singer and performed the following songs – and I don’t mean shitty ass Acid Eaters performances, but like the way they did “California Sun” and “Do You Wanna Dance” and whatnot – “Love Me Do,” “From Me To You,” “Please Mr. Postman,” “Give Peace A Chance,” “It Won’t Be Long,” “All My Loving,” “Rock ‘n Roll Music,” “Dizzy Miss Lizzy.” You can hear it, can’t you? Don’t these songs nearly SCREAM to be played at you in the Ramones’ style? They DO! Wait til you hear them!

And during the few instances when they aren’t Ramonesing everything up, they do silly things like playing “Lady Madonna” as an oompah-punk tune, turning “Michelle” distorted and loud, converting “Yesterday” into a Sex Pistols parody with hilariously bad faux-snot-Brit-punk vocals, and letting Markey Starkey add his Lemmy-esque vocals to a hilarious acoustic ballad rendition of “Yellow Submarine” that has about 5 false endings. Also, “And Your Bird Can Sing.”

So remember, if you have fond memories of Liverpool but also like to bang your head up and down like a man with tardive dyskinesia, look no further than The Punkles’ Punk!! Also, of interesting note is the CD booklets advertisement of a Punkles single featuring “Drive My Car,” “Hold My Hand” and “Run For Your Life.” First of all, “Run For Your Life” doesn’t appear on any Punkles CD.

5.0 out of 5 stars The Beatles + Punk!!!,
The Punkles are a Beatles tribute band from Germany that do the Fab Fours songs in an old school punk style, kinda like what Me First and the Gimme Gimmes would sound like if they shared an intense love for both the Beatles and the Ramones.

Does it sound any good? It sounds great actually! The Beatles melodies generally work excellently as punk songs, and the Punkles burn through them all with great energy. They make the Beatles catalogue sound fresh and exciting! 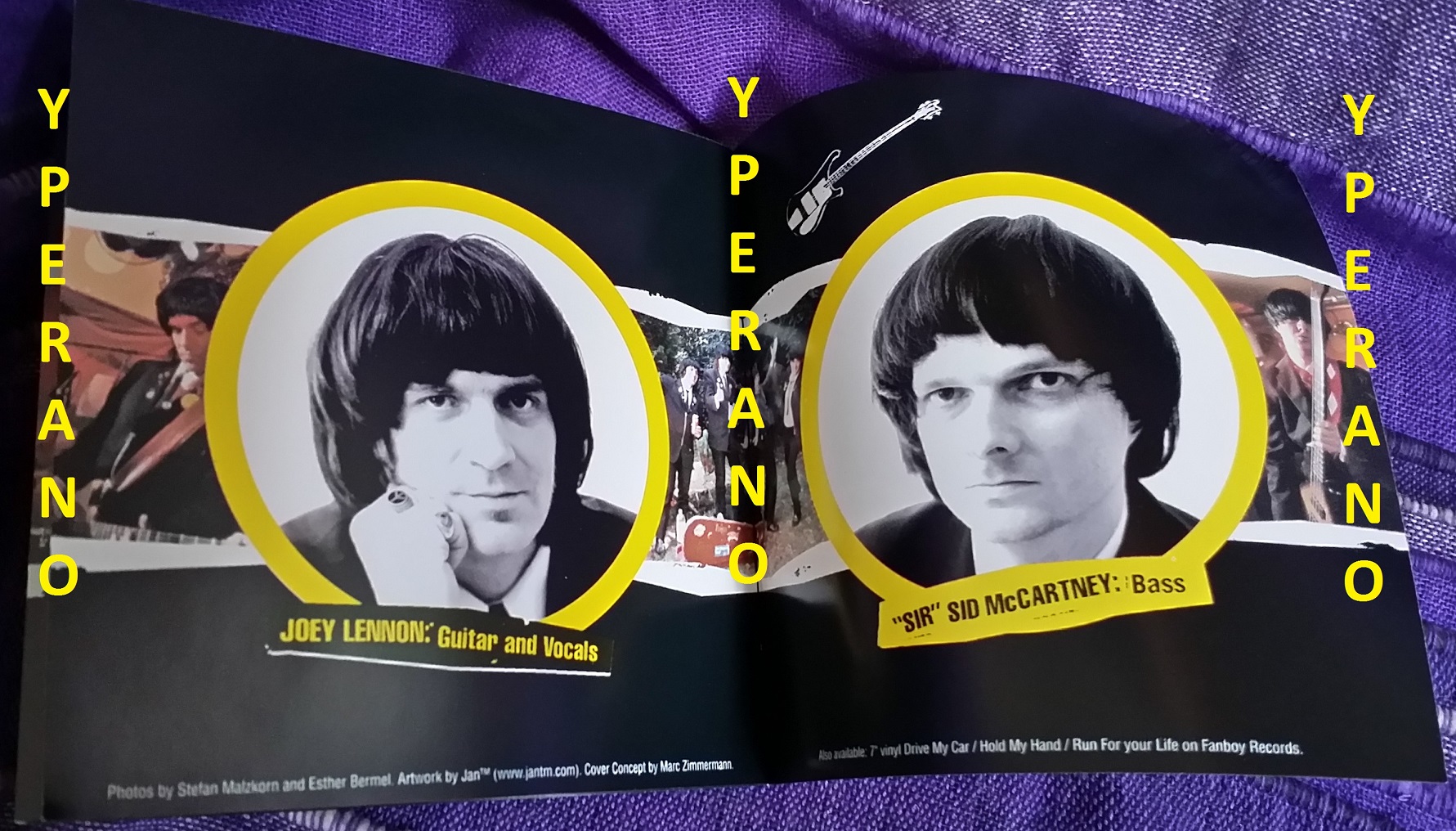 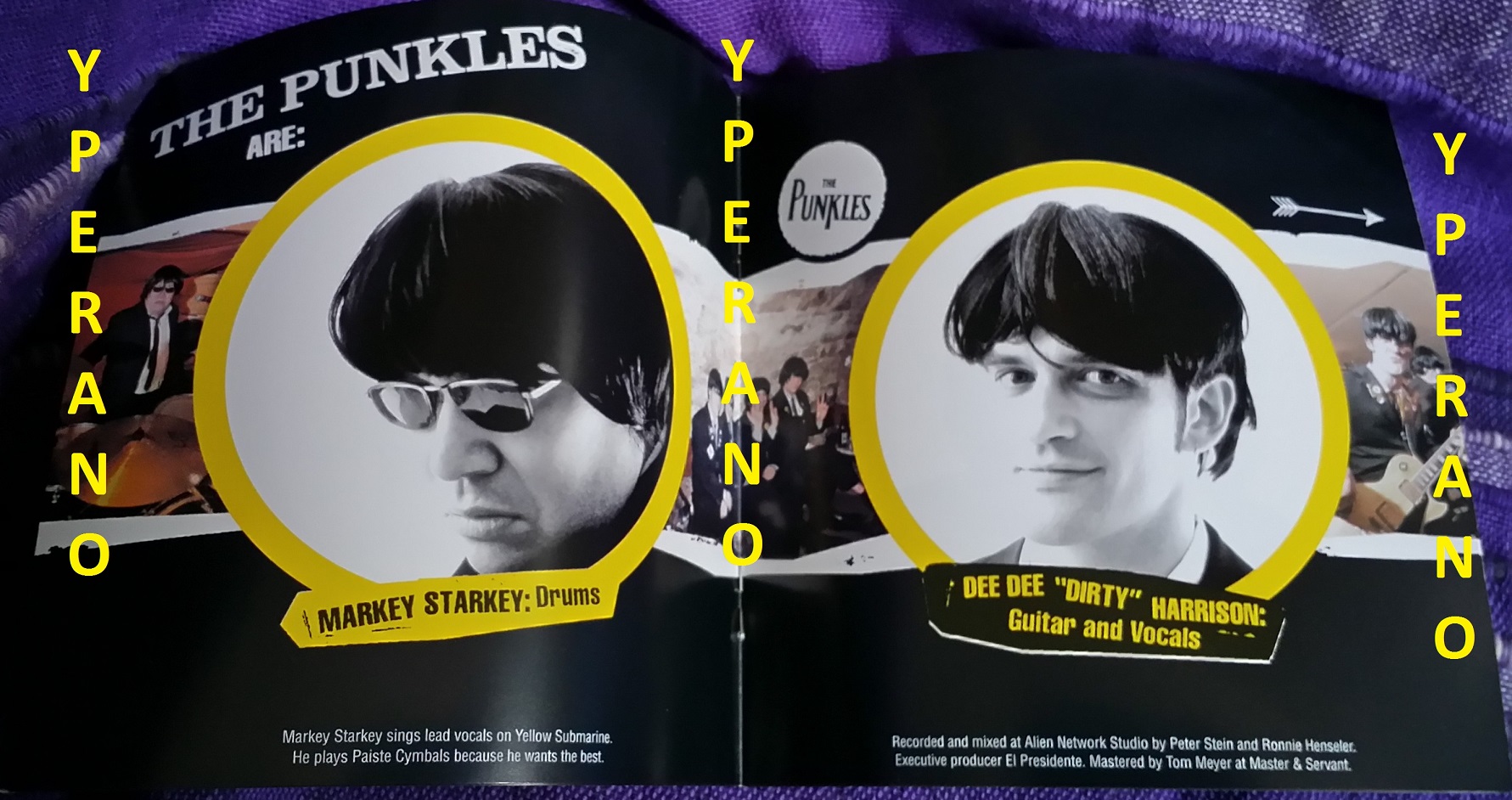 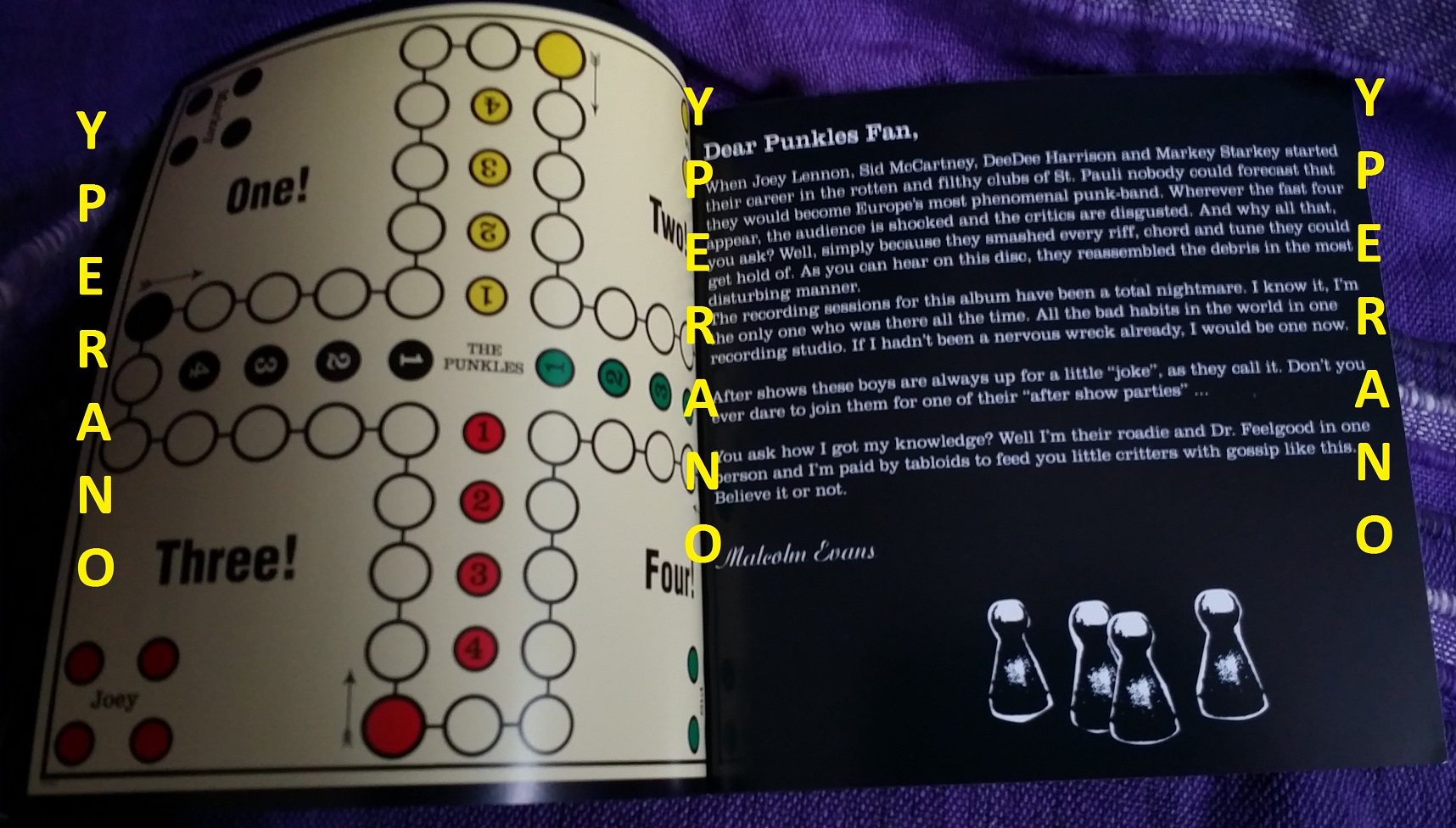 Be the first to review “The PUNKLES: Punk! CD. The Beatles go Punk!! Beatles covers in THE finest Ramones style. Check all samples” Cancel reply

You're viewing: The PUNKLES: Punk! CD. The Beatles go Punk!! Beatles covers in THE finest Ramones style. Check all samples € 15.16
Add to basket