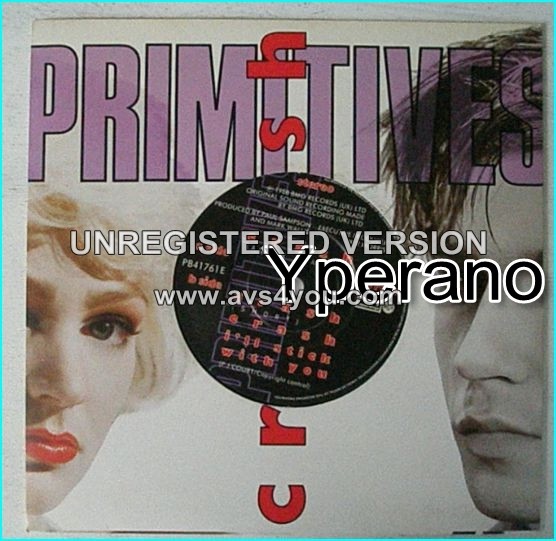 “Crash” is a song written by The Primitives band members Paul Court, Steve Dullaghan and Tracy Spencer. The song was first recorded by The Primitives for their 1988 debut album Lovely. This version of the song was released as a single and a cassette in 1988 and peaked at number five on United Kingdom singles chart and number three on the U.S. Modern Rock Tracks. In 1994, the song was featured on the Dumb & Dumber movie soundtrack as “Crash (The ’95 Mix)”. This remix included additional guitars, percussion, organ and backing vocals – none of which were performed by any of The Primitives. Several cover versions are actually based on the ’95 Mix and not the original.
The song was also later featured in the 2004 film Surviving Christmas and the 2007 film “Mr Beans Holiday”. In 2011, the song was used in the international trailer for Disney/Pixars Cars 2. The song is also featured in two video games: 2009s Lego Rock Band and 2011s Burnout Crash!.
Chart (1988) Peak position
UK Singles Chart 5
U.S. Billboard Modern Rock Tracks 3
South African Singles Chart 15

Single by Chloë
Released 2 September 2005
Format CD single
Genre Pop
“Crash” was covered by Australian singer/songwriter Chloë for her album Beyond Coming, and released as her second single. It peaked at #10 on the ARIA singles chart.
The music video was directed by Mark Barold, and filmed at a Sushi Train restaurant. It depicts Chloë as a customer. Instead of sushi going around the conveyor belt there are objects like a drummer, some dancers, a fish and a pair of sumo wrestlers.
Chart (2005) Peak position
Australian ARIA Singles Chart 10

Single by Matt Willis
Released 26 March 2007
Genre Pop punk
Label Mercury
The song was covered by British singer-songwriter Matt Willis, formerly of Busted and now of McBusted, and released as a single on 16 April 2007. Willis recorded this version of the song for the film Mr. Beans Holiday. Mr. Bean also appears in the video for this song along with Willis.
The music of matt williss version of ”Crash” was composed by Jimmy Sims, Richie Mills & Nick Tsang
UK Singles Chart 31