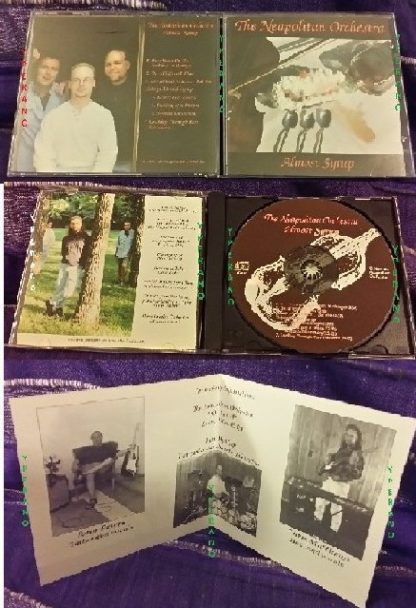 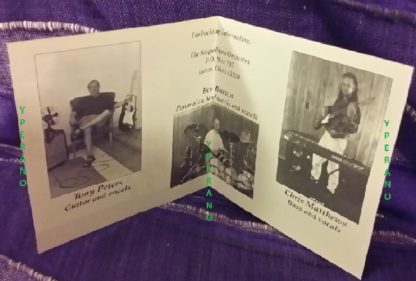 Opening with Bwa Kwa Da Da, the album has a jazzrockish approach and e-guitar soloing throughout. The bass and drums lay the groundwork and few keyboards are to be heard. The first track has some Arabic overtones, while the second track goes on in the same way, but with a very nice speed up in the middle. After these relatively short tracks we come to Everything’s Here…But You, that starts out a little more atmospheric and more melodic instead of riffing. The sound quality isn’t always perfect and what often happens, the drums sound a little dry. This third track is also the first track with vocals. After the rather hazy and spacy first three-quarters of the song, the track seems to become a little more powerful, although shortly afterwards, the keyboards enter the picture and make the music more melodic and likeable. A very nice track with interesting variations that keep it interesting the whole eight and a half minutes. The album has definitely picked up at this moment and the music gets no less as we enter the first part of the Almost Syrup trilogy. Very nice spacey guitars with nice a symphonic layer of keys in the back. After some good tension building in the middle the first part ends with fuzzy guitar and the keys are certainly quite important here. Reality Of A Dream heralds the return of the guitar riff and in fact, it is rocking along quite well here with repetitive riffing and varied drumming. After gettting halfway there are some very captivating melodies to keep it interesting and with some Arabic riffs the song ends. The last part of the trilogy is the twelve minute Mental Discovery. Opening with some thoughtful bass work and then some nice powerful riffing, we get more of the same: nice recurring melodies, varied drumming and different atmospheres and some powerful riffs and solo’s. The closing track of the album is the almost ten minute long Looking Through Two Windows that has a rather windy opening after which the song picks up speed. This is probably the best track of all, well-crafted, well-dosed, good melodies that stick and that for an instrumental band.

This CD contains some very nice almost instrumental guitar based progressive with a jazz rock sound to it, but very melodic nonetheless. The music is clear and conveys both melody and tension. That’s what counts here. Experience in the studio should come later.

Very high standard Progressive with to amazing songs: “”Mental Discovery”” and “”Looking Through Two Windows””
Dayton Ohio’s Neapolitan Orchestra plays heavy, mostly instrumental power-progressive music. The band consists of Tony Peters on guitar, Ben Burton on drums and keyboards, and Chris Matthews on bass. A review compares them to Pink Floyd, Rush, and Blue Oyster Cult. To my ears the Rush influences are strong, but I also detect elements of Cream, Abbey Road’s heavier moments (e.g., She’s So Heavy), and good ol 60’s/70’s jamming. The keyboards are rarely in the forefront, instead playing a background or layering role. The guitar isn’t flashy. Rather, the focus is at all times on solid, tastefully developed melodies. The disc opens with two 3-4 minute tracks. “”Bwa Kwa Da Da”” is an easy going, guitar dominated rockin’ tune, and “”On A Different Plan”” has a somewhat bluesy, Cream-like feel to it. “”Everything’s Here…But You”” is a bluesy number and the only track with vocals. Though I think the band is strongest at instrumentals, the vocals on this tune are really soulful and fit the song well. And at eight minutes the musicians have plenty of opportunity to stretch out. “”Embryonic Stages”” is one of my favorites. A real rockin’ tune, it starts with some wailing acid-like guitar and then goes on to numerous tempo and theme changes in its six minute length. “”Reality Of A Dream”” is similar with great guitar work and the most up-front bass tune on the disc. The last two songs, “”Mental Discovery”” and “”Looking Through Two Windows”” are the longest (12 and 9 minutes) and most Rush-like numbers. Its challenging for a primarily guitar, bass, percussion trio to keep instrumental music exciting and Neapolitan Orchestra does a great job. The band takes its time developing themes and there is always a great jamming feel to the music. If you enjoy heavy music that cares more about melody than flash than you will certainly like this disc. 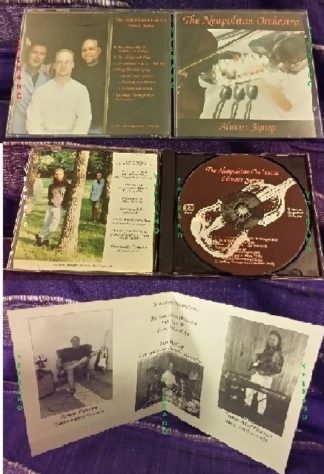