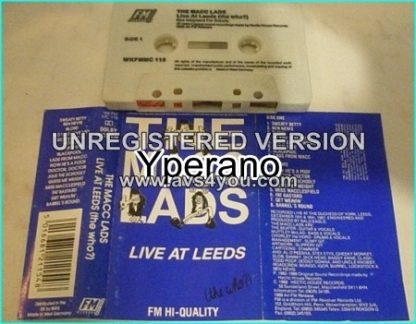 The MACC LADS: Live at Leeds (the who) tape CASSETTE 1988. punk and hard rock for the the politically-incorrect only! Check all songs

The Macc Lads were a punk and hard rock band from Macclesfield, UK. Self-proclaimed “”rudest crudest lewdest drunkest band in Christendom””, The Macc Lads became notorious for their irreverent and foul mouthed lyrics, political in-correctness, drinking, sexism and homophobia. They managed to offend a great many people and were repeatedly banned from venues and radio stations whilst retaining a cult following.

They are sometimes described as the musical equivalent of Viz comic, sharing many of the same themes – an early Viz character Brown Bottle made his first (and thus far only) live appearance in the music video for the song Barrel’s Round. Their song lyrics cover an array of subjects, including beer, sex, chips ‘n’ gravy, football, fighting, and bodily functions.

fortunate enough to see the Macc Lads in concert many times, and this recording captures their live show perfectly. A cracking performance of 17lewd, crude, rude ( but damn funny ) hard rockin’ songs, recorded in 1988.
Never heard The Macc Lads ? Imagine Chubby Brown writing songs for Sham 69 and you’re somewhere close !
Please avoid if easily offended, but if your sense of humour goes beyond the politically-correct morals of the present day, get this!

5.0 out of 5 stars Vulgar display of wickedness,
If you have a crude sense of humour and like to swear then this album is for you!

5.0 out of 5 stars
Messes with your mind
Have experienced Macclesfield on a few occasions and actually they were not far off reality with these tracks. Hugely offensive, bluff, crass, with a vague element of musical ability, but uniquely funny. Laughed out loud at these guys many moons ago and even in these PC times, you need an element of insanity to bring you back to reality.

5.0 out of 5 stars Live @ leeds
In their time the macc lads were something else with their own crazy lyrics! me and my mates spent hours p@@@ing oursides to their own non pc brand of humour and even went to see them play live I’n Manchester before every venue In the u.k banned them, as macc lads fans roadies and even the band themselves had a tendency to get drunk and smash up venues but if you are bored want a laugh buy it sit back and listen to the musical version of a Bernard Manning gig 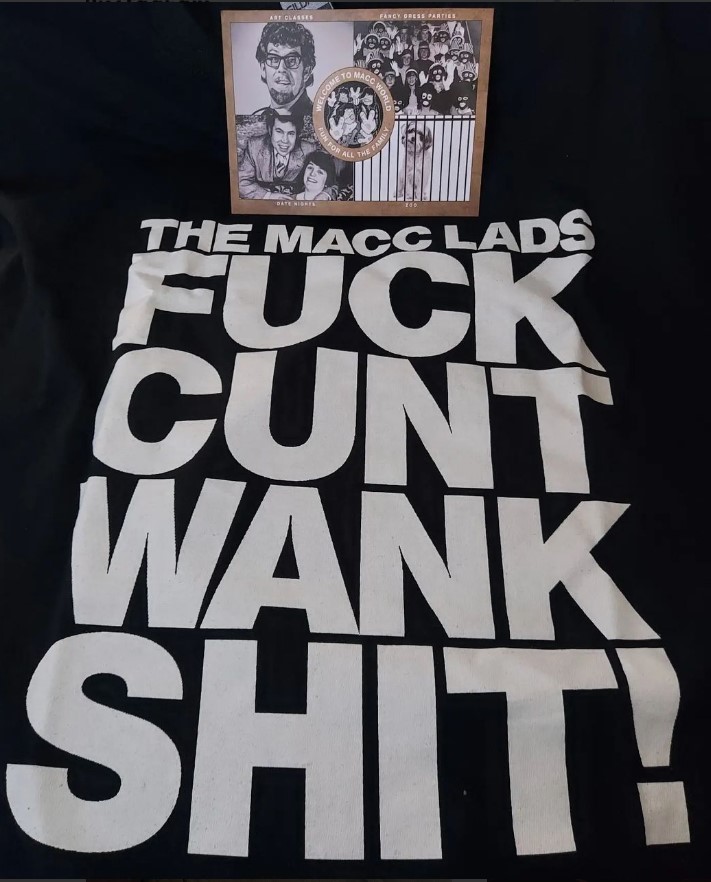 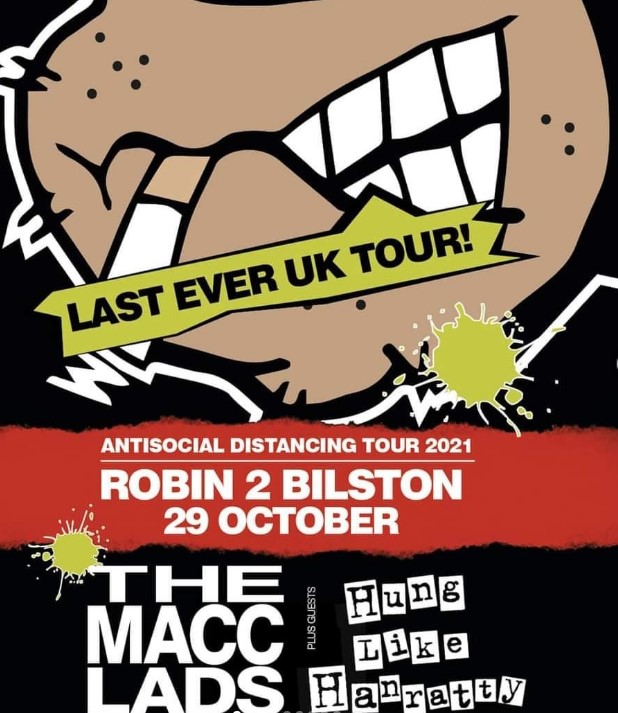 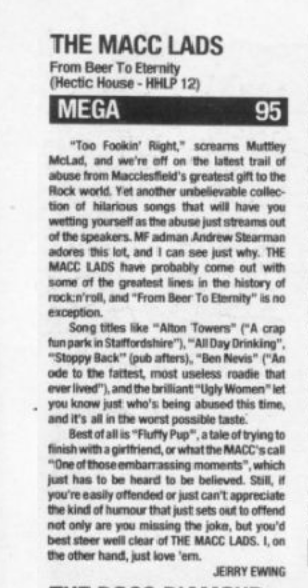 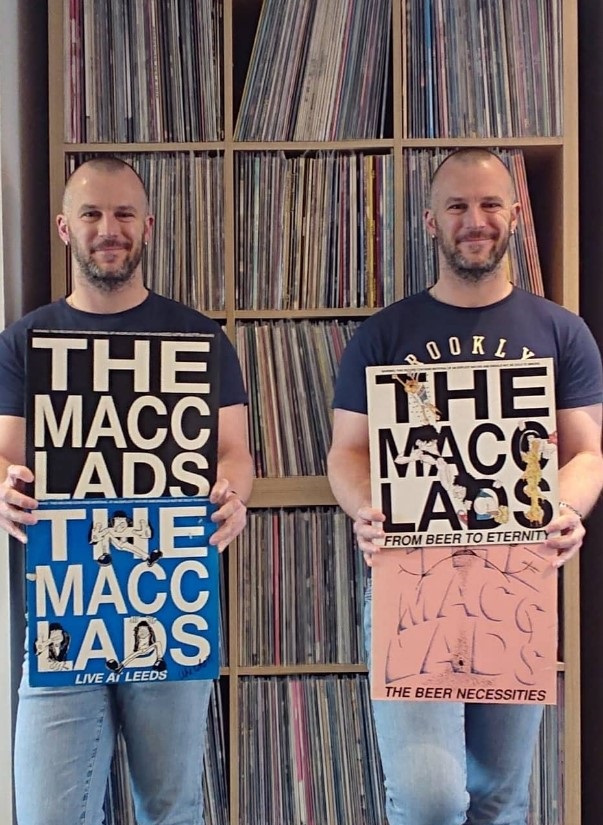 Be the first to review “The MACC LADS: Live at Leeds (the who) tape CASSETTE 1988. punk and hard rock for the the politically-incorrect only! Check all songs” Cancel reply 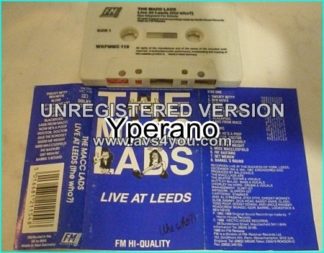 You're viewing: The MACC LADS: Live at Leeds (the who) tape CASSETTE 1988. punk and hard rock for the the politically-incorrect only! Check all songs € 7.98
Add to basket