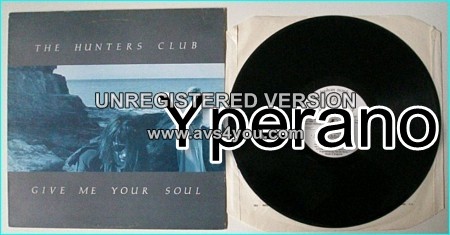 The Hunters Club were a British grebo goth rock band that formed in Leicester, England. They were the darlings of the press and the media in the UK, during the mid 1980s, and were one of the most prominent bands of the ‘grebo’ scene.
The band were named after a short-lived Judge Dredd sub-plot in the sci-fi comic 2000 AD, and were nicknamed “The Black Hole of Rock ‘n’ Roll”. They toured Europe with fellow Leicester band Gaye Bykers on Acid, camping out between gigs.The band were known for burning their hats as part of their live show. First done as a joke at a gig in Brighton, it caused such a stir that they carried on doing it, one one occasion also igniting members of the audience.
The last song on the Give Me Your Soul E.P. was originally recorded for Radio One at the BBC Maida Vale Studios. The Hunters Club folded in 1991

Be the first to review “The HUNTERS CLUB: Give Me Your Soul 12″. Highly rated English Goth Rock. Check AUDIO + video!” Cancel reply 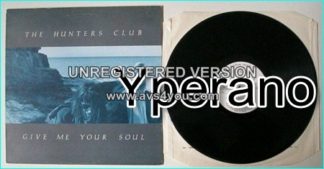 You're viewing: The HUNTERS CLUB: Give Me Your Soul 12″. Highly rated English Goth Rock. Check AUDIO + video! £12.00
Add to basket