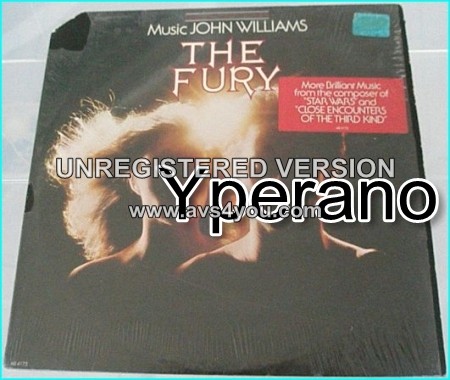 This is one of John Williams finest works, yet so few people have even heard of it, its tragic. A brilliant horror score, the main theme is reminiscent of Bernard Hermanns ‘Vertigo’, with a haunting minor arpeggio based motif, and clarinet melody which builds to swirling strings. This theme appears throughout, whilst a number of quite different themes feature early on in the score, which carry a kind of melancholic cheer. The rich, gothic music builds to a brilliant finale, ‘death on the merry-go-round’, which features clever use of synthesizers to generate thoroughly unsettling sounds. The album is capped with a wonderful suite, which comprises the key themes from the score to create a five minute masterpiece which was never even heard in the film. If you like Williams, buy it.

In 1978, between Close Encounters Of The Third Kind and Superman, John Williams scored another, less well-known science-fiction film. With its combination of political conspiracy and stylish action featuring telekinetic teenagers waging bloody war against a secret government department, Brian DePalmas The Fury anticipates The X Files. It is as graceful a horror movie as ever has been made, and John Williams responded with music closer in tone to Bernard Herrmanns Vertigo than the teenage horror films of the day. The main theme is an icy, clarinet lead waltz, which gives way to a delightful tune to describe Amy Irvings heroine. The remainder of the album develops a series of exceptionally well-crafted and imaginatively orchestrated action and suspense themes, occasionally augmented with chill electronics. A bonus track is the previously unreleased version of “Death On The Carousel”, though this rejected cue lacks the shattering ferocious impact of the musically surreal original version, also included here. The Fury is a superb John Williams score, revealing dark depths to the composers music further explored in Dracula, The Empire Strikes Back and Nixon.

Be the first to review “The Fury Music John Williams LP. (Near Mint vinyl). A brilliant horror score!” Cancel reply 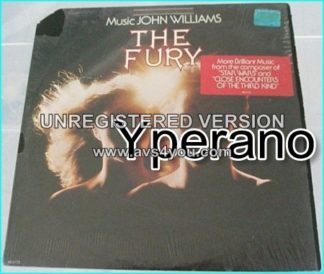