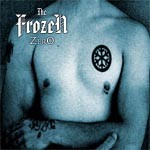 Described as an encounter between good old rock / hard rock bands (Budgie) with a little gothic romantic breeze (Evereve), The Frozen are actually something special. Vocals are eventually quite reminiscent of Danzig and musically, The Frozen sound to me as a more energetic version of rock acts such as Him or even Roxy Music. We have the real deal here with very professional musicians that brightly composed rock hymns;
mixed it with Claus Prellinger at the CCP Studio. So the sound is really good. Everything shines and gives you a brilliant feeling.

Heartache and alcohol. Throughout human history, the two seem to go together like peanut butter and jelly. Austria’s The Frozen not only were formed by a common bond catalyzed by wretched suffering and booze, they put it to music. Rock for the suffering soul. A great spin for when the female species takes a mind to ripping your beating heart out. And working up a good parting spit in the vacated cavity for good measure.

The Frozen harbor a truly remarkable sound, soulful and melodic borrowing a bit from the vintage Gothic bands of yore (remember fellow Austrians Jack Frost?) while still immersed in aggressiveness of hard rock. Tough to categorize and tough to compare to anyone else out there. To these ears at least, a good thing. Guitarist/vocalist Dennis Panholzer has a somber croon somewhere between Glenn Danzig and Pete Steele. Actually, Danzig and Type O Negative might be good touchstones for The Frozen’s sound. Add in a little Rumours -era Fleetwood Mac, and you’d be there. That’s right, Danzig, Type O Negative and Fleetwood Mac. Told you it was different. Definitely molded from hard rock cast, but performed in a laid back manner, infused with melody and a knack for the catchy.

I should also mention that this is an EP comprising four songs, the third release in the band’s history since it’s formation in ’98. I should have mentioned that earlier, but it’s getting late, I’m typing this after a heavy meal and I’m feeling a little fuzzy in the head.
Four solid songs, check ’em out.