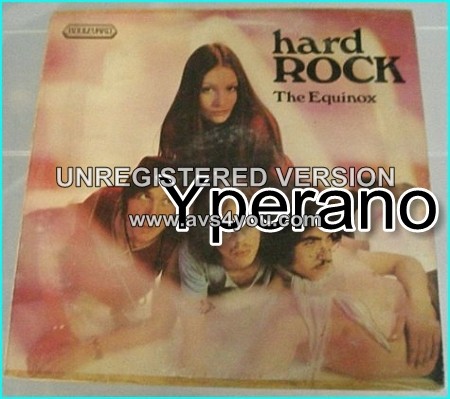 Listen to the whole album (each song 1 minute)

Sounding much like many of their peers from the British music scene in the early 70s. The musicianship is decent enough and the writing is fully formed. “Land of Blue Fire” and “Black Mike” get the honors here as the stand outs.
Thought from the beginning as a cash-in operation when hard rock began to spread throughout the UK, this LP features a very young band (keyboardist Jon Stoppard was 16 when this LP was released in 1973) performing the sounds of the day Equinox consisted of Mick Shedd on vocals and guitar, Sid Oldfield on bass, Jon Stoppard playing organ and Terry Waldon as the drummer Incidentally they are not the ones who appear on the sleeve, where they were replaced by some unknown hipsters, and knowing Boulevard and its mother label Saga it was probably a stock photo rather than a proper session paid for the occasion The album sounds move through the early UK hardrock paths opened by bands such as Deep Purple, Black Sabbath or Led Zeppelin, and although it must be said that our youngsters can’t match the playing skills of the bands they mirrored in, its justice to state Hard Rock as a more than decent effort, and a true rarity even for the connoisseurs of the genre.

Tracks on this LP are as follows:

Equinox were a short lived British quartet from Chesterfield who came together in 1972. The band spent most of their first year on the club circuit before a chance encounter with the folks at Boulevard Records, a well-known budget label with a nasty reputation for fleecing their artists and releasing substandard product. Naive, the band agreed to record their album (in the engineers basement) for a mere £25 per member. “Hard Rock” hit store shelves in early 1973. The band were quite surprised to find that the individuals depicted on the cover were not even in the band. Boulevard explained that they were suffering from a cardboard shortage and had decided to recycle some old rejected covers for the “Hard Rock” release. Though the band tolerated this kind of shady treatment, they would eventually cease to exist by January of 1974. Vocalist Mick Shedd continued performing locally and now performs with classic rock cover band, Hellhound. Keyboardist Jon Stoppard has moved into performing Celtic music and has released a solo album, “Secret Gardens”. The remaining members whereabouts are unknown.

Recorded at Saga Studios, London, 1973. from the album, “Hard Rock” Like the inimitable group “Stray” this band recorded at an incredibly young age. This is their debut LP and their last from 1973  on Saga Records AKA “Boulevard” pressed by Allied Records Ltd. 126 Kensal Road, London, W.10. There has been some good Blues/Rock on Saga. This, the original 1973 pressing is quite sought after in Brazil.

Little is known about this band. Four piece British hard rock combo from Chesterfield only existing two years, between 1972 and 1974. After playing local clubs they got a contract with Boulevard label for one album. “Boulevard” a later reshaping or subsidary (uncertain which) of the infamous sixties Saga label.  The members were paid a total of £25 per head. Back cover says it was made at Saga studios, London, but as the story goes actually recorded in a studio engineer’s basement.   At release early 1973, without any promotion from the label, the record didn’t sell well. Today from a later perspective I think it’s well worth some love, not least from die-hard hard rock collectors or fans of odd garage. If you look behind the mostly mixing and the sound it’s not bad at all. Ten self-penned songs as ballads, pure rock, hard rock and psych, all with a true garage atmosphere. Some reminding of more renowned stuff. Vocalist/guitarist Mick Shedd has an appealing voice, the guitars are fine and backing right on spot. I’m sure if managed by another label, recorded in real studio with an experienced crew, and with larger promotion this would have done a lot better. Saga/Boulevard, always on a tight budget, didn’t have the means to provide that, but at least they gave them the opportunity to record an album…and that’s gotta be worth something. 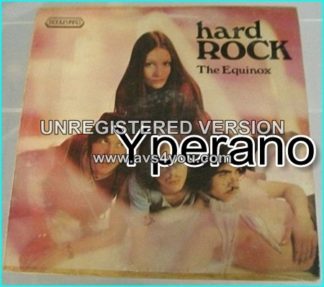