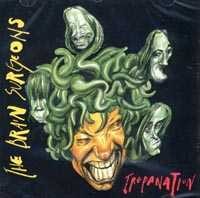 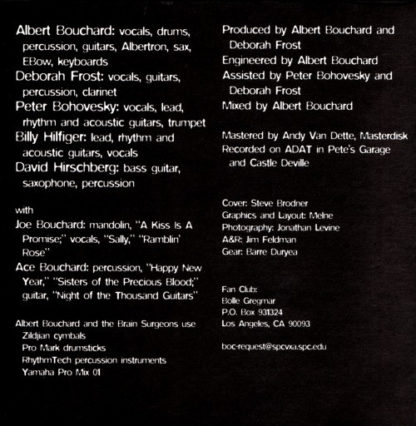 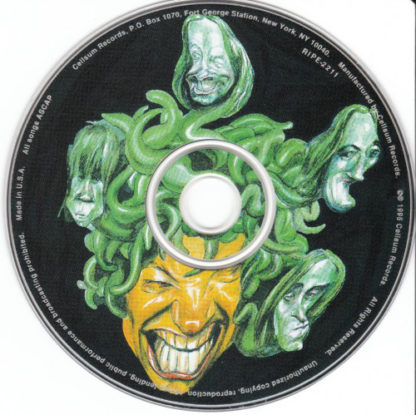 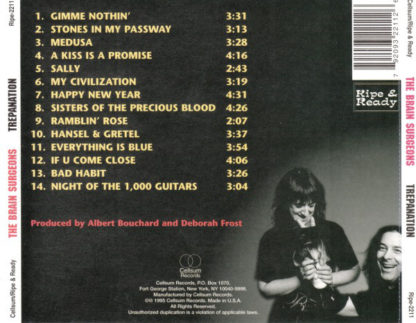 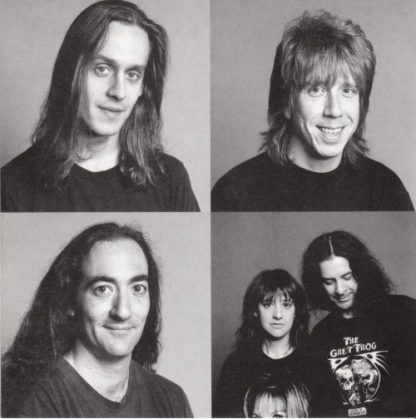 A re-worked version of the lyrics to “Hansel & Gretel” can be found in Richard Meltzer’s 1995 book, “The Night (Alone)”.

Versions of the songs, “Sally” and “Hansel & Gretel” were originally demoed by Albert for the sessions for BOC’s *Agents Of Fortune* album.

Starting with this album, the Brain Surgeons became more of a real band. Musically, they sound better structured, although the tracks remain quite obscure and odd for the unprepared. After a few listens, Trepanation appears a bit easier to the ear, and perhaps slightly more melodious than the previous album. Some of the most interesting tracks include “A Kiss Is a Promise,” “Sally,” and “Everything Is Blue.” While on “Happy New Year,” Albert Bouchard tries to sing like he’s doing trash metal. In many ways, the Brain Surgeons sound like an experimental band. Or maybe they’re just still looking for themselves? And yet, they definitely have a sound, a very distinctive style, that could already be heard on their first album, Eponymous. An interesting band, in any case.

5.0 out of 5 stars Trepanation is better than a hole in the head,
It’s the groups sophomore effort and I dig it with a hearty embrace. The band now has 3 other members besides Frost and Bouchard, and they all do well to expand the palate available to the ears. Songs go from super pop(“”If U Come Close””) to the really really heavy (“”My Civilization””, “”Gimme Nothin””) in the space of a second. Well worth a listen–it shows great ear ripping potential.

5.0 out of 5 stars Catchy Hard Rock With a Vicious Groove,
Trepanation was the first Surgeons album with a full lineup. And the band didn’t waste any time flexing their muscles. The album mixes a serious, heavy groove with a subtle tongue-in-cheek style that will quickly make it one of the CD player workhorses in your collection.