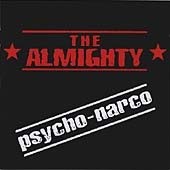 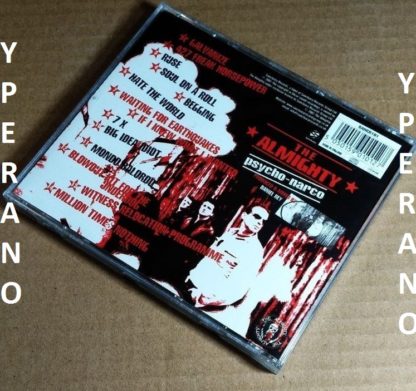 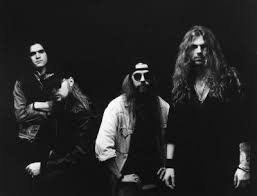 All songs written by Ricky Warwick except as indicated

5.0 out of 5 stars The Almighty – Psycho Narco, UK Hard Rock Lives!!,
This, the latest release from one of the UK’s premier hard rock acts. Loud, hard, riff laden music which could get any head banging and any foot stomping.
Opening with hard rocker ‘Galavise’, the hard edged riffs continue right the way through the album relenting only briefly on the deceptively quiet opening of ‘Waiting For Earthquakes’. Stand out tracks on the album include the catchy ‘Soul on a Roll’and ‘Begging’, which must rate as two of the best songs the band have written.
British Rock music at it’s best!!

Pretty good album. An improvement on their previous albums with much catchier tunes. Recommended!