one of scythes two masterminds going solo; if there’s a middle between Marillion, Bjork, Radiohead, Sting, Pink Floyd, Genesis, t has found it. “naive” features songs of stunningly overwhelming emotions that nonetheless derive their structure from the means of progressive rock. though atmosphere and melody are our magic words here, we do encounter weird rhythms, adventurous harmonies, daring melodies… a perfect synthesis of dreaming and thinking in an avant garde sound texture.
t performed all instruments and voices by himself apart from having arranged and produced the whole material. the result of this is an uncompromising density of ideas and this strange huddled intimacy we are only rarely allowed to experience in today’s music. “‘naive’ is the most personal music i have ever made”, t told us, “there are quite a few lines that i thought i could neither say nor sing because of a huge lump in my throat. the whole album is an unfiltered stream of music and lyrics from an area from within myself i seem to have missed before recording ‘naive’.” welcome to naiveland, then, if you like us treasure the courageousness of true emotion in music. 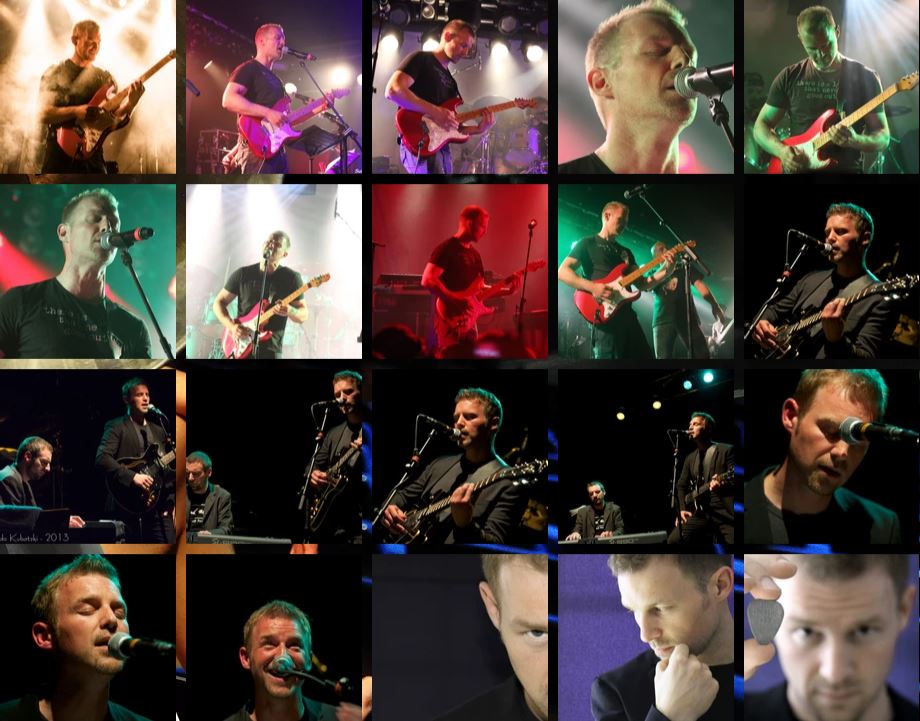 4 stars SCYTHEs vocalist and guitar player Thomas Thielen have released a solo album with the title “naïve” under the artist name “t”. Thomas has written all the music and lyrics, he performs all the instruments and vocals by himself, and he has also produced, arranged, recorded and mixed the entire album. The music is a mix between Steve Hogart-era MARILLIN, NO-MAN, PINK FLOYD and RADIOHEAD. Some songs could’ve been taken from a SCYTHE album but the most of them are too experimental for that band. I would call it ambient, experimental, psychedelic neo-progressive rock, often with extensive, monotonous and repetitive themes. I have really tried to like this album and listened to it a lot, and the album isn’t bad at all, but I have to say that I rather prefer SCYTHEs music before ts solo stuff.

there are so many conversations in our lives that most of them blur to a sullen murmur in the background of our memories. but sometimes someone manages to disclose a new world. most of the time, they do not tell us anything really new; its hidden somewhere in the way the say it, the way they speak, the way the words fuse with the situation in which they are spoken. these are the moments that are impossible to forget. what “she said” has been staying with me for more than 10 years now; and although one always thinks of oneself as older and wiser and stronger and less naive “now”, i personally found out that whenever i catch a glimpse of what i really want to say, it has got to do with these few sentences i was taught back then.

some of you might know the certain mixture of aggression and resignation when confronted with the incredibly stupid, but also incredibly large mass of people one meets during clubbing. i am extremely fascinated by the rude instincts that reign the night life, the ever-present despair of those who are still single and unshagged at 4.30 am, the strange economics of one night stands, the unnegotiable sadism of face-keeping, the true god of the night… as bono put it: a vampire or a victim, it depends on whos around.

a very old tune that has never left me ever since it was written in a hotel room in london in 1992. however much may have changed since then, the situation has basically stayed the same, and after all, the rain is still here… i think the lyrics pretty much speak for themselves, so i’ll just leave you here.

i have played it live on several occasions, and it was included on the clouds can demo “moon” in 1995.

also very old… i still remember the day i composed this: autumn 1994, the inevitable german rain, my first cup of roibosh tea ever. i had just bought a new acoustic guitar and it seemed to have brought this tune with it from the shop: it just “happened” to me. i cannot remember a time now when “do not come back” did not exist as a recurring background soundtrack of rainy afternoons. the title wasn’t an option either – it, too, seemed to have come from somewhere outside of me; i just wrote it down.

a very close friend of mine had to face two unsuccessful pregnancies; although she never really talked about it, every single mm of her body has ever since been painted by the muffled cries of her loss. however, “mother” is rather about my not being allowed to talk about it than it is really for her. i hate dedications like that; for what could i ever say to ease the pain she must have imprisoned for all these years… and still keeps? suffice it to tell you that i could never stop my mind going back to this afternoon back then when i first heard her story.

there are occasions when a loss is so unspeakably huge, vast, big, great, everlasting that every day you encounter afterwards cannot be of any value, that they all fade into one endless blur of whatever it is that they call “time”.

picture this: late night, the rain on the windows aquarelling the world, no sound in the house, you tried to sleep, but couldn’t, back at your desk, staring at the screen, trying to find the exhaustion you lost in order to then get some sleep, some dream, some peace… of course, you do not succeed. you are only exhausted seeking exhaustion. “she is dead” is the classical piece of the author writing about himself trying to write – about what he doesn’t know yet. all he does know is that there is something that needs to be written unless he wants to let his mind burst with it. “she is dead” was the starting point of the solo album, the one impulse that showed me that there was something that really needed to put down. without it, “naive” might as well not exist. it is one of the very few instances of my songs when the lyrics preceded the music.

ps: talking to gerd weyhing the other day i was surprised to hear that he knew exactly what i was talking about. it seems to be commonplace amongst artists that there are things that have to be brought to light before you can go on and do any other thing (such as: learning, studying, holidays, eating, creating other songs, falling in love etc.). nonetheless, it is also evidently true.

if you’ve ever been in a bar drinking because there is nothing else that might help you breathe, you know what i am talking about. it seems to me that especially the men in such bars, emergency drinkers, are all one from a certain angle, and that it is mostly the fact that others have to face similar situations that offers the consolation we are all looking for in such places, albeit talisker is always a reason to stay up late.

very few pubs that i’ve been to are really good in offering this warm homely something. but if you know just one which works for you, there is no other religion you’ll ever need.

friends come and go, on the whole, and thats ok in most of the cases: you grow, they grow, you might grow apart… nothing wrong with it, i have always preferred honesty to loyalty. on the other hand, there are people of whom you always hope that they will stay, and who will then thoroughly disappoint you when they let you down. most often, i encounter such situations when a) the person in question is female and b) she has a boyfriend or husband. (i don’t know why, but i seem to be the natural enemy of all boyfriends in this world.) when “she” told me that she could not go on seeing me, i already knew that she would be extremely hard to miss. which she still is. however, “she” is not to be confused with the “she” in other songs on the album…

i woke up after a really bosch-ian nightmare and stumbled to the computer. the whole thing was written, recorded, mixed in 2 hours. be welcomed to your own nightmare.

there are lines in here that go back 10 years, too. i wrote the refrain in 13/8 before i even knew that 13/8 existed or how to play it (which might have been the reason why all schoolboy bands failed playing “about us”, back then called “the last song”.) today, some parts of the lyrics felt as if my throat were too narrow to let the words float through it, the proverbial lump just would not let me sing them. interestingly, these parts were the oldest, the most naive, the ones i had wanted to change first; but as soon as i had tried to sing the new versions and the older worlds came out, i knew the song would not let me change a single vowel.

“about us” is my way of being brave. the last song i sing is smiling. at least it is trying very hard.